As the countdown begins in earnest to the Heineken Champions Cup final, in-form candidates from Leinster and La Rochelle are not surprisingly dominating the prestigious shortlist for the 2022 EPCR European Player of the Year award.

Leinster’s back row pair of Caelan Doris and Josh van der Flier have made the elite shortlist for the first time, as has flying winger James Lowe who only needs one more try to equal Chris Ashton’s tournament record total of 11 in a single season.

The three Leinster representatives are joined by La Rochelle’s outstanding captain Grégory Alldritt, who has been nominated among the final five players for the second year in a row, and last season’s undisputed winner, the brilliant Antoine Dupont of Toulouse.

The initial 15 nominees have been trimmed to five based on the combined verdict of a renowned panel of judges along with almost 20,000 participants in the public vote.

Voting for one of the most prized individual accolades in world rugby has now reopened on epcrugby.com/epoty.

The winner and recipient of the Anthony Foley Memorial Trophy will be announced following the Heineken Champions Cup final at the Stade Vélodrome on Saturday, May 28. 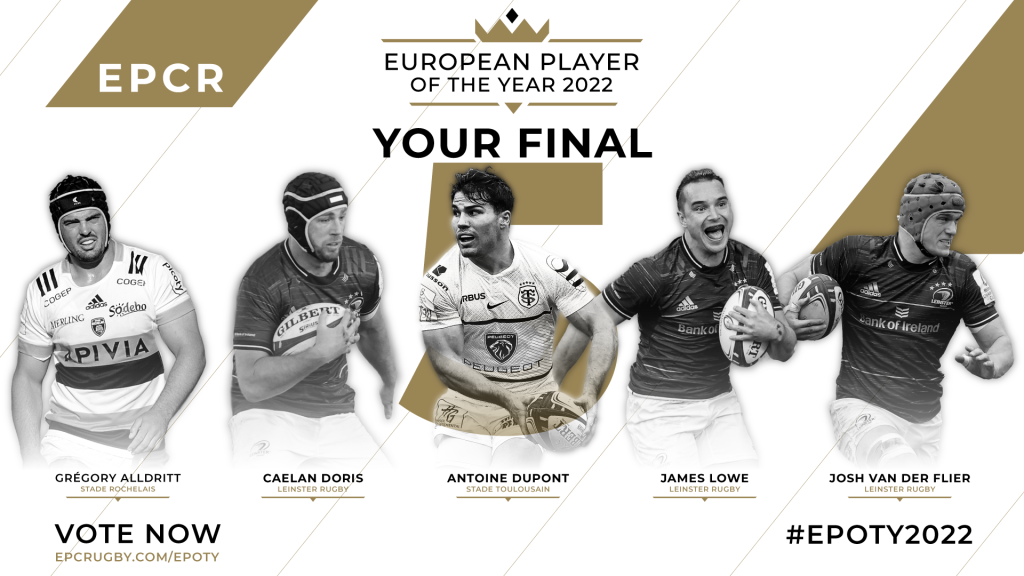