Describing the last two weeks as akin to ‘a mini pre-season window’, Robbie Henshaw and his Leinster team-mates are raring to go for Saturday’s Heineken Champions Cup quarter-final against Leicester Tigers.

With their buffer over the chasing pack in the United Rugby Championship, Leinster took a youthful squad down to South Africa for their two-match tour, leaving the frontliners back in Dublin to prepare for Leicester.

The experience in gaining two losing bonus points against the Cell C Sharks and DHL Stormers will certainly stand to those players, while their more senior counterparts are aiming to show the benefit of some tough training days.

Senior coach Stuart Lancaster was at the helm and centre Henshaw said ‘he ran the legs off us’, in anticipation of a heavyweight showdown with Tigers, the current Gallagher Premiership leaders, at Mattioli Woods Welford Road (kick-off 5.30pm).

Looking forward to Saturday’s game, Henshaw said: “It’s probably one of the toughest draws for us. Leicester away, We’re going to be going into their fortress and I know they’re a different team at home.

“Looking at them throughout the year they’re playing good rugby and they’re top of the Premiership. Their record kind of speaks for itself within Europe. They beat Clermont away and at home.

The Athlone man is certainly eager for a strong finish to what has been a stop-start season for him personally. Injuries have meant he has played just six times for Leinster during the current campaign and only twice for Ireland.

That also has him fresher that most players heading into the business end of the season, and also buoyed by his two-try performance against Connacht last time out and the recent extension of his IRFU contract to 2025.

“I’m delighted to extend my contract with Leinster and Ireland,” he admitted. “It’s been a great few years for me personally and for my family. For the whole (Ireland) squad as well, it’s been an enjoyable couple of seasons.

“I suppose that reflects in how we’re playing in the Six Nations, in the November series before that, so it was a relatively easy decision to extend and stay.

“Even here in Leinster, you see the last two weeks I suppose the development path the province is taking. Investing in homegrown young players coming through from the Academy.

“The future’s bright here. Both (the Leinster and Ireland) squads will grow over the course of the next few years and it’s a really exciting time.” 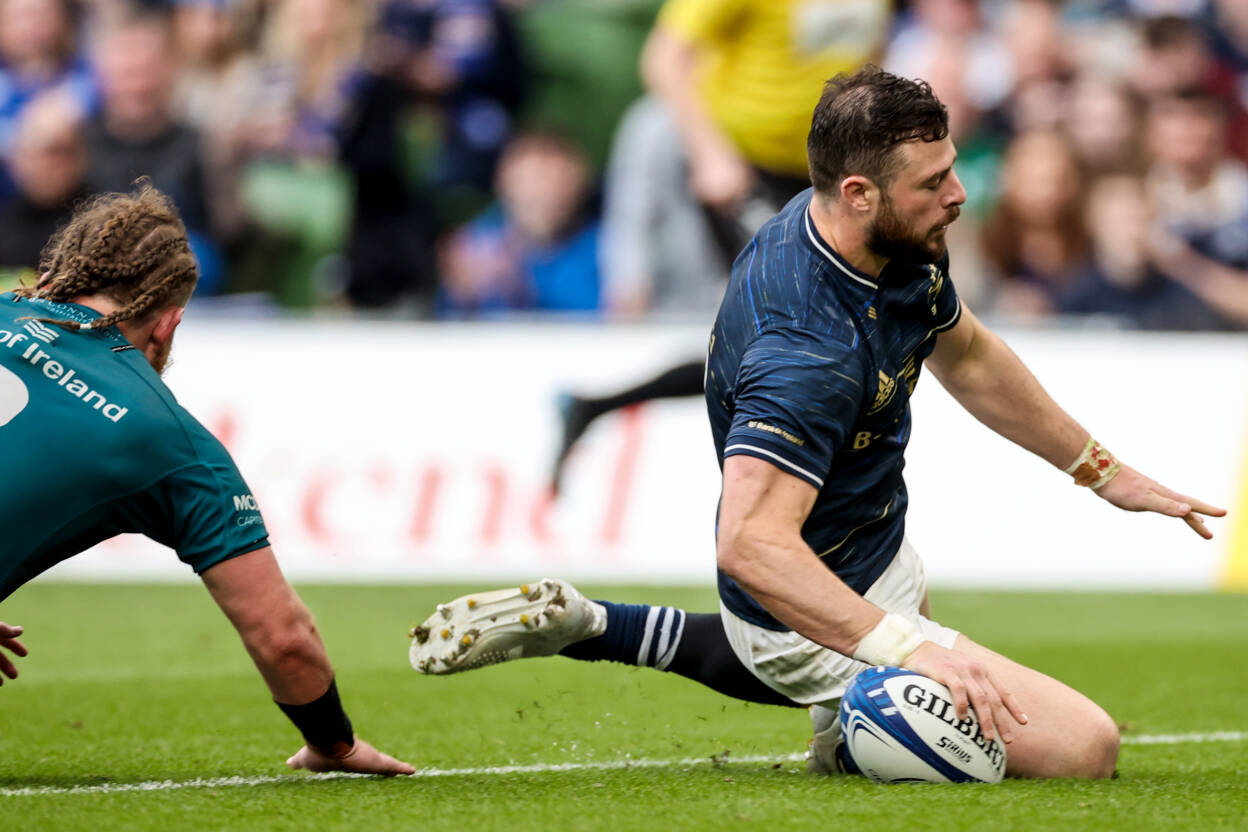 While confidence is high in the Leinster camp, they are mindful of what happened last season when they lost out to La Rochelle at the semi-final stage. The province’s record at Welford Road is played four, won one and lost three.

Leinster have won six of their previous 11 Champions Cup matches against Leicester, including that breakthrough 2009 final win over Tigers in Edinburgh when current captain Jonathan Sexton kicked 11 points.

Notably, Leinster have won their last seven away games in England in the Champions Cup, and coming into the last-eight they can count on the tournament’s top try scorer this season, James Lowe (eight tries).

Expanding on the province’s preparations at their UCD training base, Henshaw explained: “We’ve done a lot of fitness work, a lot of contact work because we know Leicester are a big side with big ball carriers. So we’ve been sharp there.

“And just a lot of kick-pressure stuff, getting ready for that aerial battle that George Ford is going to be sending a lot of kicks down our channels and the likes of the Ben Youngs, (Richard) Wigglesworth, their box kicks.

“We’ve been doing a lot of practising on that – be on the move as a centre, working hard off the ball, knowing where the kick will land and being ready to go again.

“And when we set the kick, being on your bike and chasing it. There’s been a lot of running and a lot of hard training, which has been good. It’s kind of been like a mini pre-season window, we got some really quality work done.

“We’ve kind of treated it like a top-up block. To top up our fitness and make sure we’re ready to go for Saturday. It’s going to be a good game and a physical battle.”

Indeed, looking at the statistics, no team have attempted more kicks from open play in this season’s competition than Leicester (204). Consequently, they have also made more kicking metres than any other side (6,884).

The size of the task facing Leinster can be summed up by the fact that of the 100 quarter-final matches in the tournament to date, 74% of them have been won by the home team. 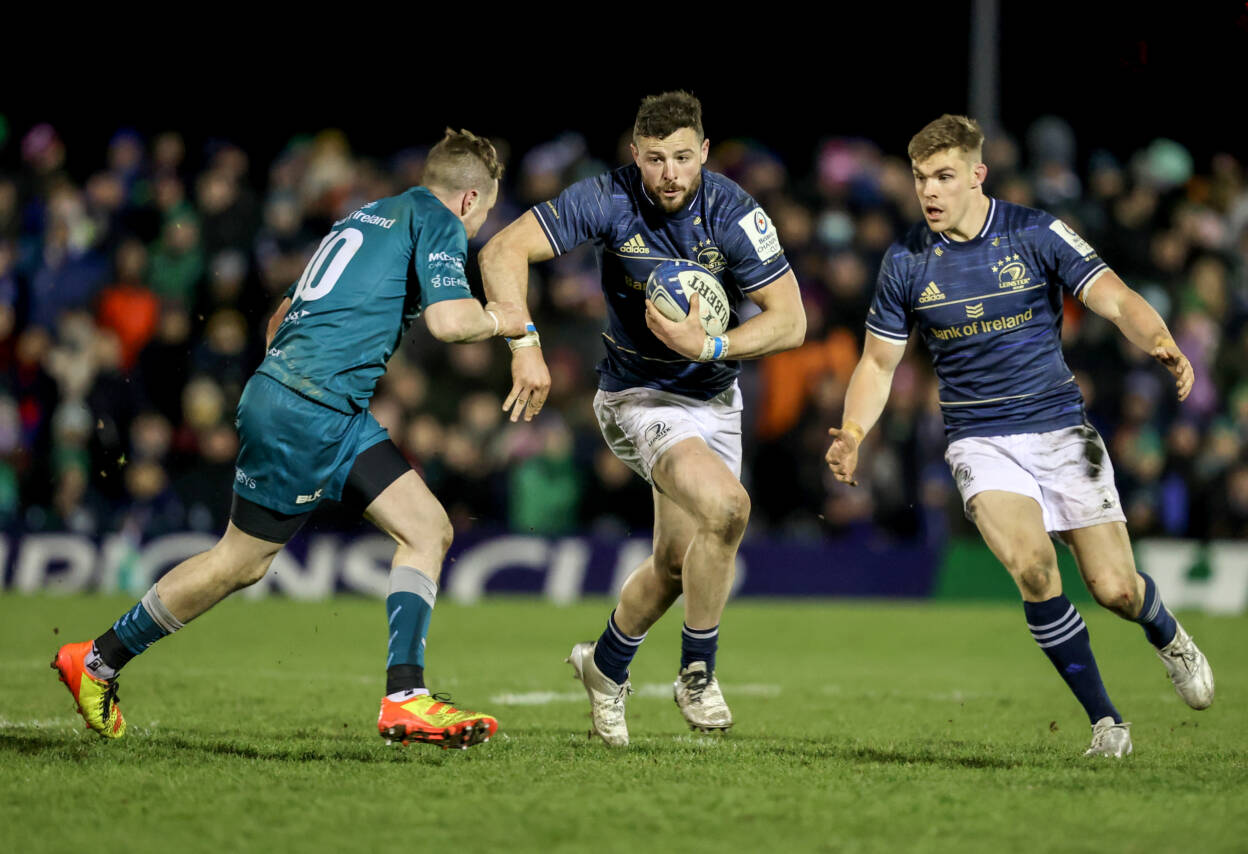 Speaking about the province’s approach to such a make-or-break match, Henshaw, who turns 29 next month, commented: “Everyone knows you can’t slip up, there’s no second chances at this stage of the competition.

“We’ll be looking back to how we did last year, we put out a good display against Exeter and the following week was La Rochelle away and we know what happened there.

“I think we just need to stay patient and stick to our systems (on Saturday). As the phases go on and we can manage to find some space and keep the ball, our brand of rugby should be good for us to break down their defence.

“I think the key for us is to stay patient because the opportunities mightn’t be there as soon as we think. It might be later on in the game.”

If Leo Cullen’s men emerge triumphant at Welford Road, their semi-final opponents would be Munster or Toulouse. Either game would take place at the Aviva Stadium on May 14-15.

Toulouse are lower-ranked so Leinster would be the home side, while Munster, who are higher-ranked than Cullen’s charges, have the Aviva as their chosen semi-final as Thomond Park is unavailable and no viable alternative venue is available within the province.