Munster head coach Johann van Graan is expecting another tight contest when the province go up against Toulouse, the current Heineken Champions Cup holders, in Dublin on Saturday.

As of yesterday, over 33,000 tickets have been sold for the quarter-final clash at the Aviva Stadium (kick-off 3pm), as the teams meet for the first time since Toulouse’s 40-33 round of 16 win in Limerick last year. Buy match tickets here.

Both sides come into this weekend’s game in impressive form, with Munster on a three-match winning run following victories over Exeter Chiefs (26-10), Ulster (24-17) and Cardiff (42-21).

Toulouse, who are now back in the top six of the Top 14, have won on their last four visits to Ireland, but van Graan’s men know if they can pull off a complete 80-minute performance then they will be right in the hunt.

“If you look at our game (against Toulouse) last season, we also threw quite a few punches from our own 22 and scored two fantastic tries in the first half. So both teams will play positive rugby, the weather seems good,” said the South African.

“It’s about balance and managing your energy. You might concede, you might go ahead, this game will go the full 80.

“The double header against Exeter, we came out positively out of those games. We made some changes to the team using our squad, went to Ulster, and specifically that first half performance was excellent and we ground out another win there.

“We came back to Cork against a Cardiff side that played really well (last week), that was our highest ball-in-play of the season, so that was excellent preparation for what’s to come in terms of stretching us.

“What was impressive about that game from a coach’s point of view was that every time we conceded we hit straight back. It might be that type of game on Saturday, both teams will have a go.

“You might concede or score, and the threat will be on the other side of the ball straight away. We like to think we’re in good form but nothing else matters except what happens on Saturday at three o’clock. We’ll have to be at our very best.”

Conway has scored tries in knockout games against Toulouse, Toulon and Racing 92, and it will be interesting to see if the Munster management, depending on his fitness and sharpness, opt to start him or keep him in reserve.

“Andrew’s had a phenomenal year. That performance he gave against the All Blacks in the Aviva, some of the performances in the Six Nations,” noted van Graan.

“On the flip side of that, Simon Zebo has been excellent for Munster on the left (wing) and Keith Earls in the last few weeks has been fantastic on the right.

“Then if you look at Shane Daly’s performance against Exeter, and the try that he scored, and Calvin Nash’s performance last weekend against Cardiff.

“And I think Mike Haley is playing the best rugby of his career. So we are blessed with some very good back-three players. That gives us options and that’s a great headache to have.” 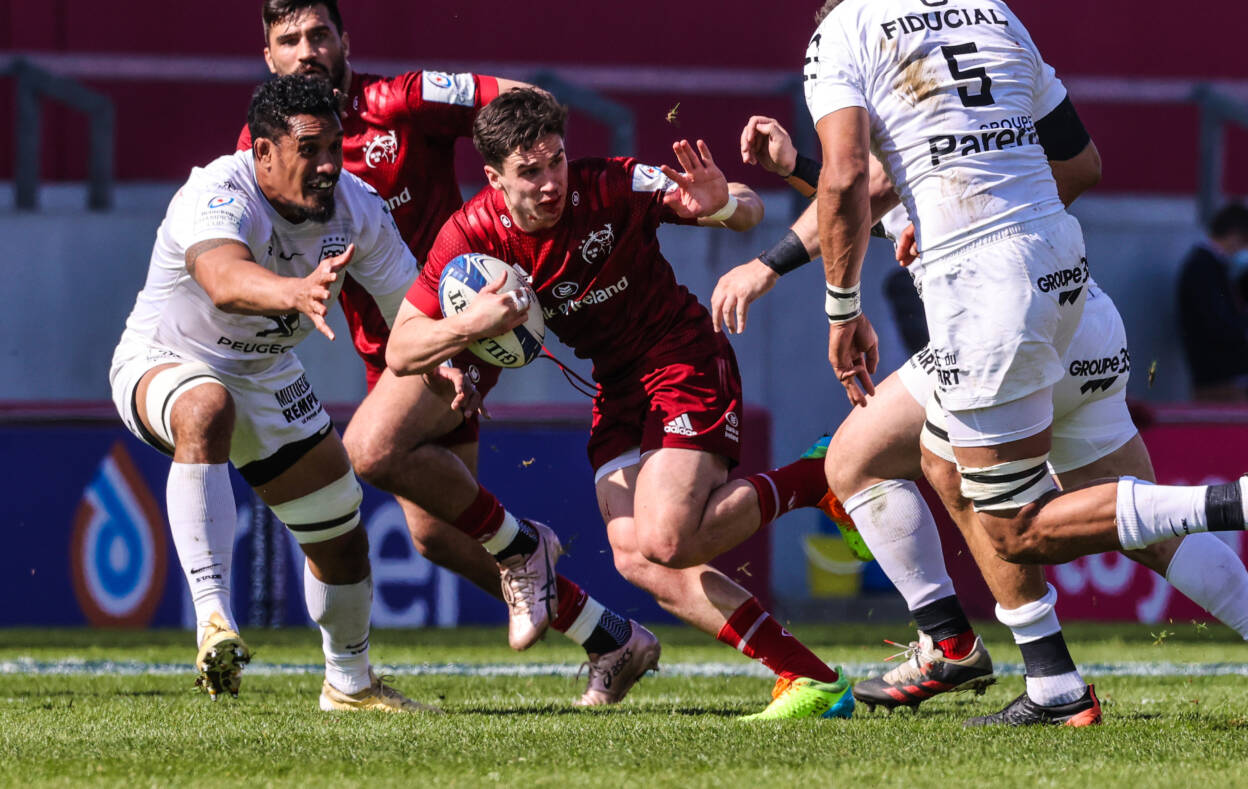 Preparation is ‘all running smoothly’ according to van Graan, who is confident that the continuity in his side will stand to them when they aim for the province’s 15th win in 19 Champions Cup quarter-final appearances.

“We’ve been together now for a number of games after the Six Nations, so some good continuity in our team. We’re another year together, and from a development point of view, a lot of guys have gained a lot of experience.

“It’s the second time in a year we’ll play Toulouse, and a lot of guys have got more experience in our journey as a group.

“We’d like to believe we’re in a better spot a year on, but every game is different. It’s a new challenge, a new venue, different teams, new referee and it’ll certainly be a challenge on Saturday afternoon.”

The obvious differences from last season’s encounter between these sides is that captain Peter O’Mahony will be fit to lead Munster and that they will have the full backing of the Red Army at Irish Rugby HQ. 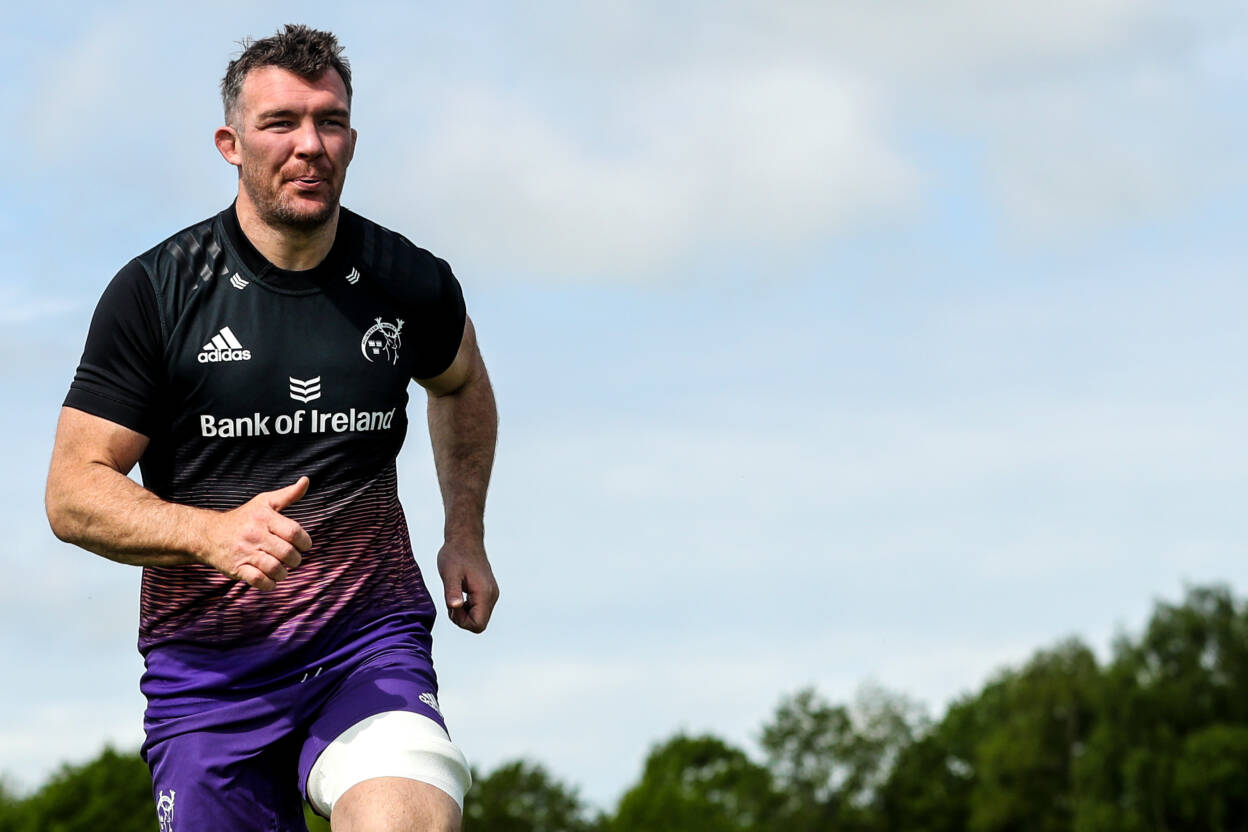 The Covid-19 restrictions meant the Thomond Park stands and terraces were empty when Munster hosted Toulouse 13 months ago. The rematch will see Toulouse experience the full colour, noise and passion of the Munster fans with a bumper crowd expected.

“One other big difference this year is we have our 16th man, we have the Red Army travelling to Dublin,” highlighted the Munster boss.

“It’s already the second highest attendance for a Munster quarter-final in our history. We are banking on our 16th man to make a massive difference on Saturday in Dublin.

“That feeling of everywhere you go, everyone is just talking about what a great journey it will be on Saturday travelling to Dublin by bus or train, going on the day before or the morning, people travelling from all over Europe, Munster people coming to watch this game.”

He added: “It’s what this team is known for, that saying we have, ‘To the brave and faithful, nothing is impossible’. To a lot of people from the outside, this might seem like it is impossible but it is a game of rugby.

“It’s Munster in Europe versus Toulouse, a team that we respect a lot. How many occasions have the 16th man pulled us through? That doesn’t win it for the team on the field. We have to play well, we have to perform well.

“But subconsciously, knowing that we have that support and noise, that sea of red for 80 minutes, that’s why you want to play at home in knockout rugby and that’s what we have on Saturday.”