Killian Marmion has been a points-scoring machine for Greystones this season, racking up 218 points as they built a compelling challenge for promotion from Energia All-Ireland League Division 2B.

Marmion, the Greystones captain, led by example as they won 14 of their eighteen regular season fixtures to finish top of the table. Crucial to that, he says, was ‘a great start when we went unbeaten for the first eight games’.

Having been fifth when Covid-19 forced the cancellation of the 2019/20 season, ‘Stones really upped the ante this term and drew confidence from their consistent results, particularly wins on the road in Belfast and Sligo.

“We were unbeaten until we came up against a strong Wanderers team in Merrion Road,” explained talented out-half Marmion. “The fast start allowed us to build a bit of a lead at the top of the table.

“Although we had three other losses, we were able to keep that position at the top of the table from day one to the final day of the season, which was really pleasing.

“Two standout moments for me were our away wins in Belfast and Sligo. We definitely didn’t play our best rugby both days, but we were able to grind out two big wins on the road which was a great confidence boost for us.”

For Kevin Lewis’ eighth season in charge, Greystones notably strengthened their squad and coaching team with some astute additions, particularly in the pack, and retained a strong base of players well used to this level of rugby.

South African hooker Ntuthuko Mthembu has been ‘a fantastic addition’ according to Marmion, who also praises the influence of head coach Lewis and the well-travelled Danny Kenny who returned to the Co. Wicklow club as a player coach.

33-year-old back rower Kenny brings a wealth of experience from his days playing professionally for London Irish, Ealing Trailfinders, London Scottish and Valpolicella Rugby in Verona.

“Kevin’s a great coach who has a serious attention to detail as well as a great understanding of the game and is really clear in how he wants us to play.

“He’s also a great man manager and he’s built great relationships with the club, players and coaches over the last few seasons. He’s also fond of a few after the game too which is great!

“We’ve been very lucky to have him at the helm for so long as well as our forwards coach Warren O’Kelly. Cian O’Sullivan and Danny Kenny joined the coaching team and have been instrumental in our success so far, as has Jak Lawrence, our S&C coach.” 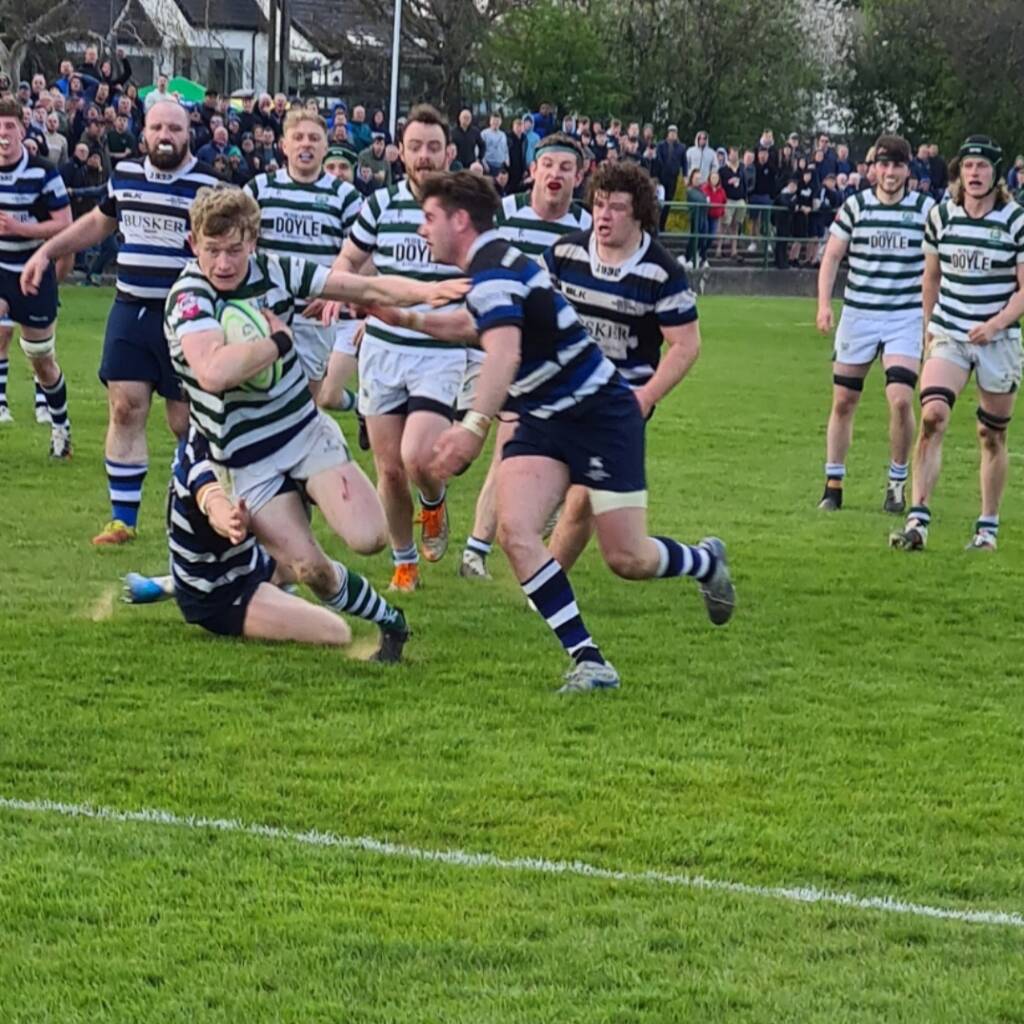 Marmion added: “We’ve also been helped by some young guys coming through from the Under-20s. Paddy Kieran and Conor McAleer had a huge impact on the team this season.

“So having such great depth in the squad on top of the learnings we took from our play-off loss (to Rainey Old Boys in 2019) really set us up nicely for the start of this season.”

It is easy to see why Marmion is so passionate about Greystones and getting their first team back playing in Division 2A for the first time since 2018. He has strong roots at the club, playing all the way up from the Under-8s.

Last week saw them edge out Galway Corinthians 19-14 in a fiercely-contested promotion play-off semi-final. A big crowd at Dr Hickey Park watched Marmion run in a late match-winning try to set up a home decider against Blackrock College.

The goal-kicking skipper, who works as a mechanical engineer with Jones Engineering, said the vocal home support made a real difference and is hoping for more of the same this weekend.

We started well and finished well (against Corinthians) and took our chances when we could, but I think our defence won us the game.

“I don’t think I’ve ever won an away game down there (at Corinthians) over the last couple of seasons, do having the home advantage was absolutely huge.

“Our supporters have been unreal all season but last weekend was at a different level. I expect it to be even more mental this weekend with ‘Rock coming to town.”

Asked about his own scoring exploits, a modest Marmion credits ‘playing behind a pack that has been going forward all year’ as vital to the high tallies that both he and the team as a whole have been registering.

A supercharged Leinster derby awaits, with Greystones winning their home encounter with Blackrock during the regular season. They triumphed 48-29 before ‘Rock gained some revenge with a 21-17 success at Stradbrook in February.

There is quite a unique subplot to the final as Blackrock captain Brian Colclough is Marmion’s close friend and house-mate. It is an intense rivalry on the pitch, even more so now with the high stakes of promotion involved.

With his side set for ‘a massively physical game’, Marmion noted: “Blackrock are a quality side with a big pack, strong set-piece and they like to spread the ball wide too. Both sides know each other well and we’ve developed a great rivalry.

“This weekend will be the most important one to date, that I’ve been involved in anyway. There’s an added edge as Brian, the Blackrock captain, is one of my best mates and house-mate so that makes it even more interesting.

“We grew up playing together in school to playing against each other at club level since Under-17s, so we’re well used to it and we both enjoy the rivalry.

“It’s been a fantastic year with Barry O’Beirne as club President. It would mean so much to the club to get promoted and would be a great send-off to the few lads who are hanging up the boots.”