Over the course of the next three days the Ireland Under-18 Men and Women’s teams, sponsored by PwC, will be participating in their respective Six Nations Festivals, while the Ireland U-19 Men will face their French counterparts.

Katie Fitzhenry’s Ireland U-18 Women’s squad compete in the inaugural U-18 Women’s Six Nations Festival in Edinburgh, and Paul Barr’s U-18 Schools side compete in an equivalent festival in Marcoussis, just outside Paris.

Kieran Hallett’s Ireland Under-19s square off against France in Belfast in the first of two encounters between the two teams. 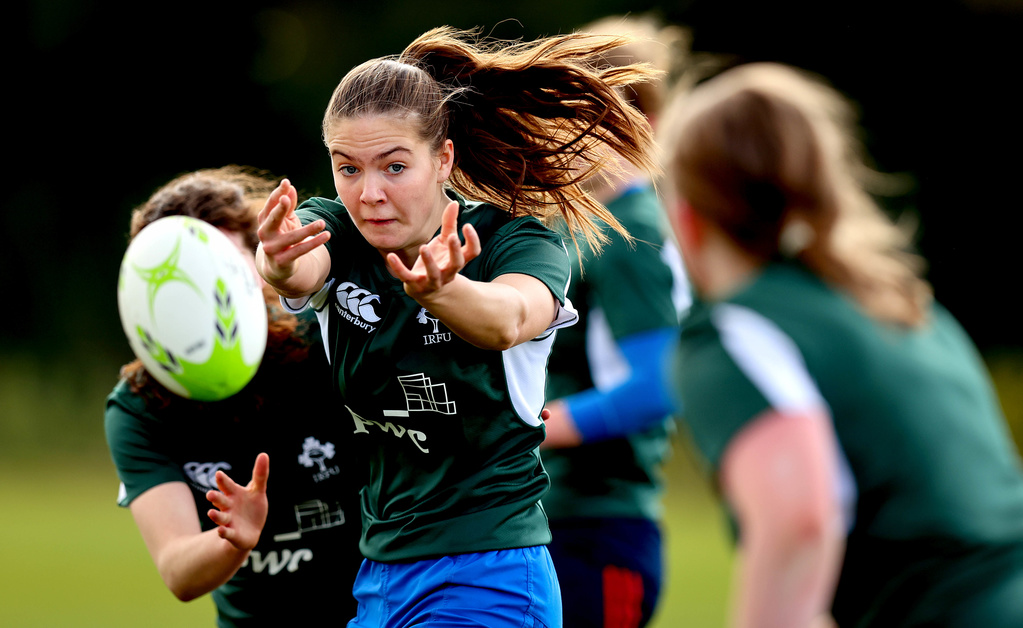 The Ireland U-18 Women’s squad have held three camps at the IRFU High Performance Centre over the past few weeks, with 21 clubs represented in the 26-player squad.

The U-18 Women’s Six Nations Festival will take place over two game days, with the first being hosted at the DAM Health Stadium on Saturday (April 9) – the same day at the Men’s festival kicks off in Marcoussis.

Next Wednesday (April 13), the Women’s festival will come to a conclusion with three 70-minute matches (one per team): Ireland v Wales, Italy v Scotland and England v France. These games will be live streamed on the Six Nations YouTube channel – click here.

The Ireland U-18 Schools players are by PBC Cork’s Barr with Munster Elite Player Development Officer Andy Kyriacou in support.

The squad have also had a number of camps at the IRFU HPC over the past few weeks, while a number of players involved in the Leinster Schools Senior Cup final joining the squad late. Six Nations will stream the game against France on their YouTube channel.

Meanwhile, Leinster Elite Player Development Officer Hallett is the head coach of the Ireland Under-19s who play the France U-20 Development XV at Queen’s University Belfast RFC on Monday (April 11), before a second clash at St. Mary’s College RFC on Saturday week (April 16).