There was something extra special about the Ireland Under-20s’ Grand Slam success in Cork, not just the fact that it was the first one won on home soil and the first where Ireland have beaten both England and France away.

Having missed out on so much rugby during the Covid-19 pandemic, Richie Murphy’s class of 2022 surprised many with the high standard and style of play which saw them average 5.8 tries per game across the five rounds.

Their warm-up fixtures, which included a home defeat to Italy, suggested they were very much a work in progress, but come the Championship they hit the ground running against Wales and there has been no let up since.

When nerves could have gotten the better of most, Murphy singled out the players’ impressive laser-like focus in the build-up to last night’s 59-5 Grand Slam-clinching victory over Scotland.

“It is an incredible achievement. They have just come such a long way in such a short space of time. I’m absolutely delighted for them,” said the Ireland U-20 head coach, who was skills and kicking coach when the senior side won the Grand Slam in 2018.

“They have worked really, really hard and they have become a very close-knit group, as you can see by how they play.

“This morning when I looked at them during the walk-through, they were so switched on, so focused and there was distraction around the place – family coming to the hotel picking up tickets and stuff like that.

“But they really tuned in and tuned out when they had to. They were very relaxed but you just knew by them that they were focused on the job at hand.”

A modest Murphy, who had a bit of a baptism of fire last year with the Covid-19-affected Six Nations held in Cardiff in the summer, was eager to pay tribute to the coaching group he assembled for his second season in the role.

Announced in December, the canny appointments of Willie Faloon (defence), Jimmy Duffy (forwards) and Mark Sexton (backs and skills) helped the Wicklow man to build the foundations for an outstanding Six Nations campaign.

“I’ve been lucky enough to be involved in a Grand Slam at senior level. It feels a little bit different when you’re the head coach than when you’re in the support role but it’s a special day for us and I’m delighted for our staff.

“From the coaching point of view, having Jimmy Duffy there was incredible, his knowledge and his experience. Myself and Jimmy worked together, I’d say 15 years ago with the Irish U-18s so we’ve known each other a long time.

“Mark (Sexton) coming in, Willie Faloon, they have been excellent and I have to say, the backroom staff within the Under-20s system is really, really good from the medical department to nutrition and S&C.

“I said to the guys this morning at our matchday meeting, ‘listen, thanks very much, you’ve made my job very easy’. And I’m glad for them today as well.”

Murphy was pleased to see his young side, led by classy captain Reuben Crothers, stick to the fundamentals of the game that have served them so well across the last seven weeks.

Things have not always gone to plan – they were 10-0 down against both France and England, and needed Ben Brownlee’s last-gasp converted try to prevail in Aix-en-Provence – but they stuck to the game-plan, growing in belief, energy and performance, and were rewarded with a memorable clean sweep.

Out-half Tector led the scoring with 53 points (16 conversions and seven penalties), while there were 16 different try scorers, chief amongst them being scrum half Matthew Devine with four, closely followed by Chay Mullins, McCormick and Fionn Gibbons (three each).

Acknowledging the wider playing group and how close-knit the squad have become, particularly after that dramatic triumph in France, Murphy highlighted: “There were over 50 players looked at, at the start of the season.

“I think that really galvanised them, going to France and winning over there. They knew then what was ahead of them, so they really bonded, really tightly.

“It’s amazing to see the provincial barriers that have been broken down, even today when I walked in for breakfast, all the lads sitting at different tables, great bit of banter going on. They’ll have a fun night tonight.” 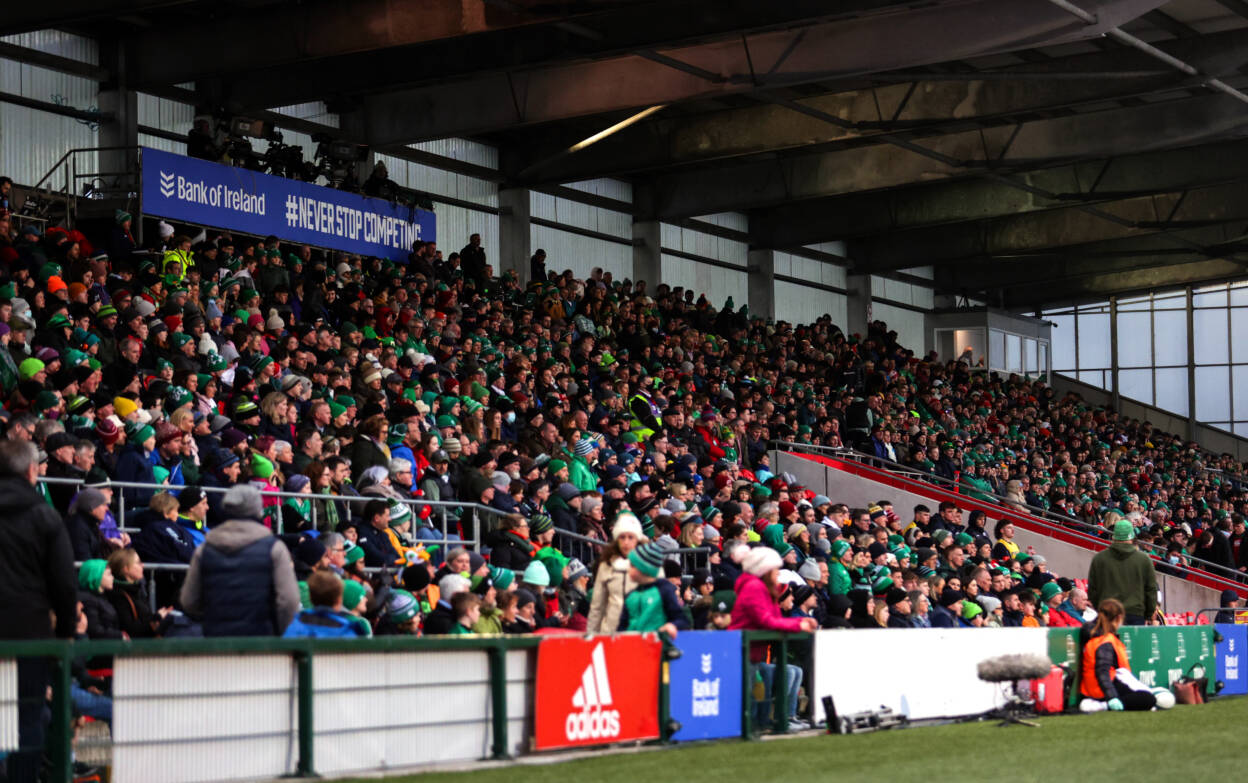 To seal the Grand Slam in front of a capacity 8,008-strong Musgrave Park crowd, which has been a real fortress for the Ireland U-20s since 2019, made it all the sweeter.

“Every time you come down here it’s an amazing place,” admitted Murphy. “We’ve trained here for the three days leading up to the game and Musgrave has a special feel to it for us.

“Then when you see the crowds come out, they come into the ground really early and you can see how much it means to them to have the Under-20s down here.

“The support has been incredible. I got goosebumps as the lads ran out onto the pitch, it was incredible.”