Ireland head coach Andy Farrell says the development of Peter O’Mahony’s all-round game helped to get him the nod to start against England on Saturday.

The Corkman scored a try from blindside flanker in the bonus point victory over Italy in the Aviva Stadium last Sunday week, and Farrell has retained him, alongside Josh van der Flier and Caelan Doris, in the back row.

Speaking at the team announcement press conference, Farrell said: “We just think the balance is right for this game. Pete is in good form. Not just physically, but he’s a good emotional leader for us as well.

“Leadership is a big part of every team performance. Obviously we know what Pete brings as far as the set-piece is concerned and the breakdown is concerned, but the rest of his game has come on an absolute treat.

Having made a number of changes to his starting line-up for the Italian game, Farrell was faced with several big calls as Ireland bid to keep their Championship hopes alive moving into the final week of the tournament.

With Munster’s Andrew Conway and Leinster star Hugo Keenan always expected to return, it was a straight choice between Mack Hansen and James Lowe for the final spot in the back-three.

While Hansen has started all three games to date in the 2022 Champiosnhip, Farrell has opted for Lowe on this occasion.

When asked about the unique qualities Lowe brings to the table, he admitted: “I think we’ve all seen it, haven’t we? Certainly the progression we saw in the autumn, etc.

The learnings that he’d taken on board, certainly to be able to perform on the big stage at international level, is something we want to see at the weekend.

“Obviously James is a big threat, ball in hand. He also links very well as does Mack and we all know that he’s got a left boot on him as well. Obviously James being on the left wing and left footed is a big advantage for us.”

Elsewhere, Robbie Henshaw’s relative lack of game-time this season sees him make way for Bundee Aki in midfield, while Cian Healy takes over from the injured Andrew Porter at loosehead prop.

Munster stalwart Dave Kilcoyne had replaced Porter after he was withdrawn during the Italian game and will have a part to play off the bench once again.

Farrell acknowledged: “It’s something that we’ve been toying with. Cian has obviously got experience and is champing at the bit for an opportunity, as is ‘Killer’.

“We feel that the combination at set-piece time is pretty important with Cian there. Cian will go hard and Dave will add when he comes on. 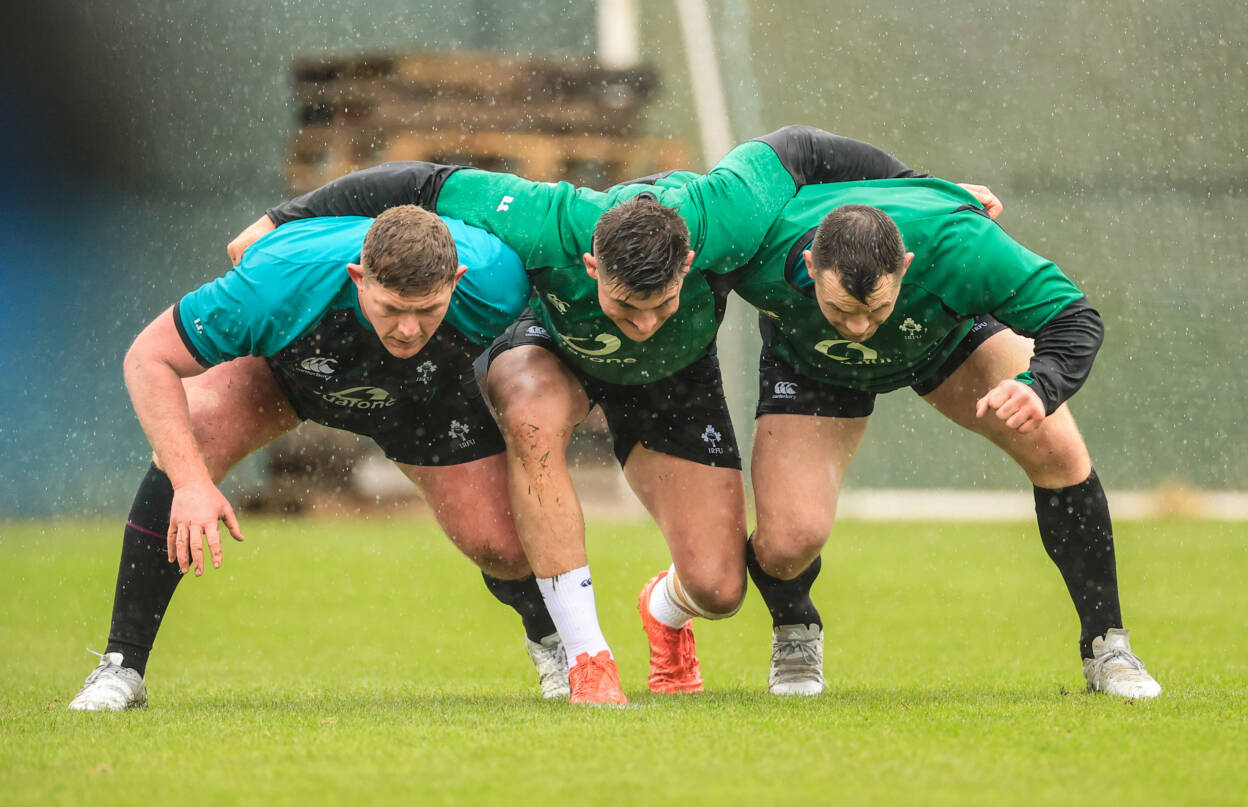 “I think Bundee has been playing really well. I think there’s big aspects of his game that have come on strong. Again, he’s obviously known for his aggressive, ball-carrying style, but the delicacies of his game has really come on as well.

“We think he deserves a game. Having said that, obviously Robbie with a little bit of a lack of game-time, etc, he’s good to go and fully fit. Raring to come on and add to the team as well.”

Across the Irish Sea, Farrell’s counterpart Eddie Jones has been talking about Ireland being the favourites for their latest visit to Twickenham and rates them as ‘the most cohesive team in the world’ at the moment.

Understandably, Farrell was keen to downplay the favourites’ tag, insisting: “It doesn’t bother me whatsoever. I don’t see what it does, for and against. It’s just about us preparing properly.

I also know that Eddie has said plenty of times in the past that praise makes you weak. We make sure that we just keep care of our own house, prepare properly over the next coming days and be ready to perform.

“Listening to Joe Marler’s comments during the week, regarding he’s never thought of anything but being the favourite at Twickenham and rightly so.

“We know their record is very good there so it’s a massive challenge for us this weekend and it’s something that we’re looking forward to.”