Hooker Rob Herring says it will be important for the evolution of the Ireland team to overcome England at Twickenham on Saturday in the penultimate round of the Guinness Six Nations.

Of the 10 games that Ireland have won in their last 11 international outings, eight of them have come on their home patch at the Aviva Stadium.

While back-to-back victories on the road against Italy and Scotland in last year’s Six Nations were impressive in their own right, getting the better of England in London would be a major statement of intent as they continue to build towards the 2023 Rugby World Cup.

Ireland were not far off the French in Paris last month, but after securing a bonus point win over Italy, Andy Farrell’s men will need to come out on top at Twickenham if they want to remain in the hunt for the Championship trophy.

“It’s massively important for us. Obviously against France we played really well, we just didn’t come out on the right side of that game,” remarked Herring, speaking to the media last week.

“Going away to England now we need to challenge ourselves to play the game we want to play and not be afraid of doing that. Finding ways to do that on the day.

“To do it away from home in a cauldron like Twickenham and all the atmosphere that goes around it, it’s a different experience. For the growth of the group, it’s going to be really good for us to go over there and put in a good performance.”

Despite finishing with 51 points to spare against the Azzurri, there was an acknowledgement amongst the Ireland squad that their performance last time out was a far from perfect one. 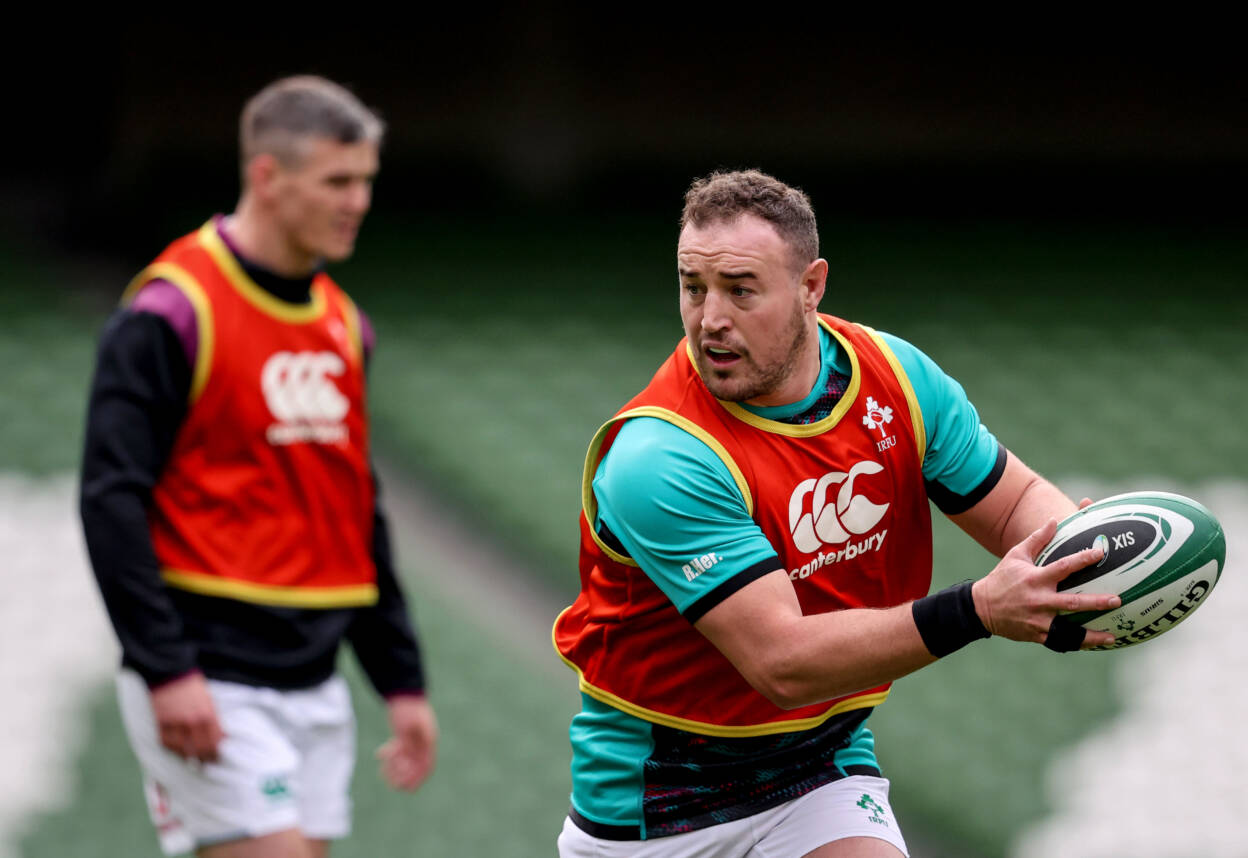 Herring entered the fray with 12 minutes remaining and although the hosts added 21 unanswered points during his time on the field, he readily admits there is considerable scope for improvement moving into the England match.

We have high standards and we felt we maybe left a few opportunities out there. Especially (when Italy were) down to 13 and 12 men. We always have to try and get better.

“We always want to search for our perfect performance, but there were certain things we needed to nail in that game against Italy.

“Obviously Italy going down to 13 men and 12 men, it kind of takes away from the game a little bit. It was an unfortunate situation, but it happens.”

Due to the unusual circumstances that led to Italy losing two players at once, there were uncontested scrums for a full hour of the third round fixture. From Herring’s perspective, there are pros and cons to playing under these terms – both from a physical and mental standpoint.

“I’ll tell you what, it’s a lot easier to play rugby when you don’t have to scrum. The legs feel pretty fresh! It’s obviously a massive part of what we do and it’s a strength of ours as well. To take that away from our game was disappointing.

“Obviously we want to test ourselves every week and we put a lot of work into it. It’s a very rare situation and you just have to deal with it on the day.”

Having been ever-present in Ireland matchday squads throughout the 2020 and 2021 Six Nations tournaments, starting nine games from 10, Herring had to wait until round three for his first appearance in this year’s Championship.

A calf injury sustained at the beginning of last month certainly did not help his cause, but he has also had to contend with stiff competition from Leinster duo Ronan Kelleher and Dan Sheehan. 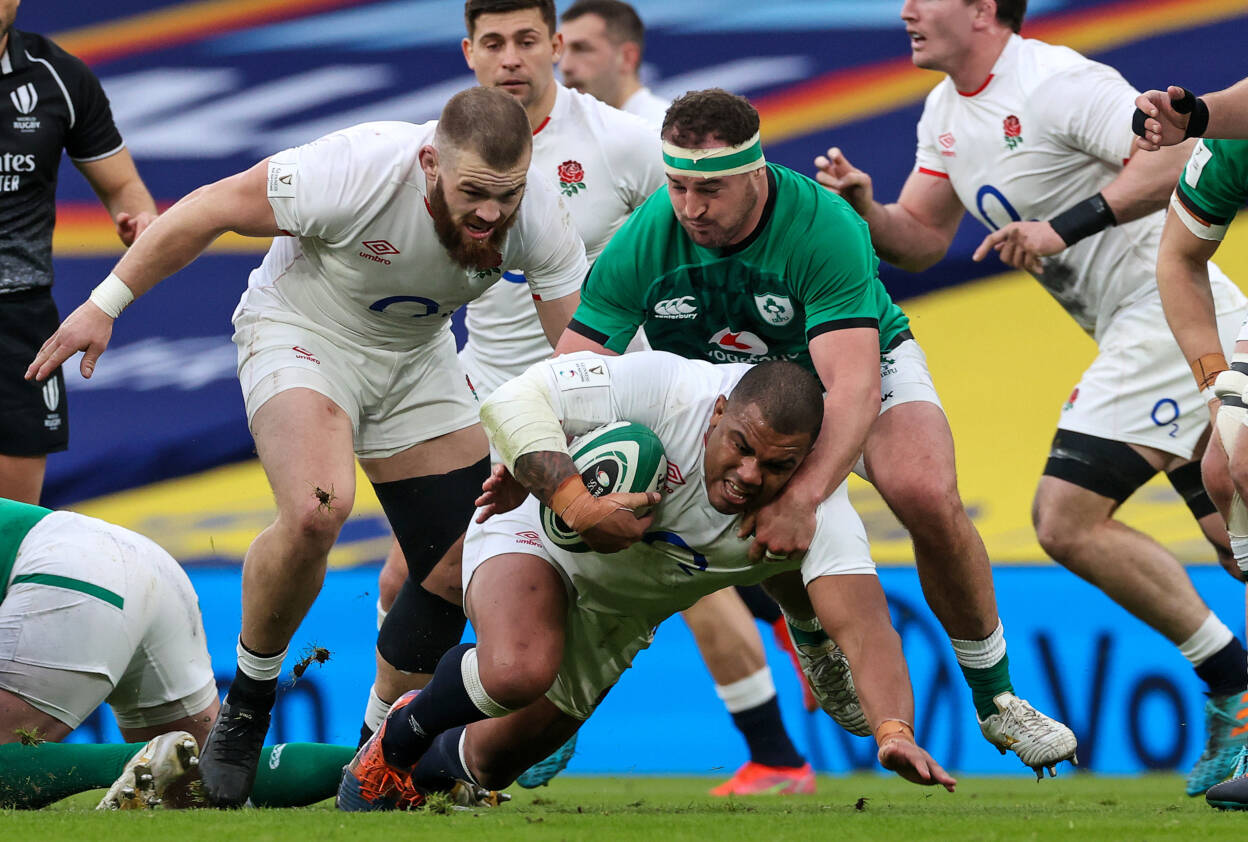 With Kelleher ruled out of contention in the last round because of a shoulder issue, Herring was brought back into the matchday 23 for the visit of the Italians to Dublin.

While his own return to full fitness was timely, the Ulster front rower certainly did not want to see Kelleher missing out on selection through injury and welcomes a strong battle for Ireland’s number 2 jersey. He added:

I think hooker is a very competitive position throughout Ireland at the moment. The last Six Nations I was starting a few games and guys have come in, they’ve taken their chances.

“I think we have a good group here and we’re all trying to push each other on. Doing what’s right for the team on any given week.

“I think we all have different strengths and weaknesses, and we’re just trying to get better as a group. Obviously I want to be fighting for that two jersey and I want to be starting.

“On any given week, I want to do whatever role the team needs me to do as well. There’s good depth in the group and we’re all fighting for that two jersey.”