Head Coach Greg McWilliams has named a 38-player Ireland squad for the upcoming TikTok Women’s Six Nations, as preparations for the 2022 Championship get underway with a first National Team camp at the IRFU High Performance Centre this weekend.

Strengthening the links between the domestic game and the High Performance programme, McWilliams has been a keen observer of the Energia AIL in recent weeks, culminating in last weekend’s thrilling final between Railway Union and Blackrock College at Energia Park.

Ireland open their Six Nations campaign against Wales, before travelling to France in Round 2 on Saturday, April 2.

McWilliams’ side will play their second home game of the Championship against Italy at Musgrave Park in Cork on Sunday, April 10 (Kick-off 5pm).

The penultimate weekend sees Ireland travel to face England on Sunday, April 24, before their final home match, against Scotland, is staged at Kingspan Stadium in Belfast on Saturday, April 30 (Kick-off 8pm). 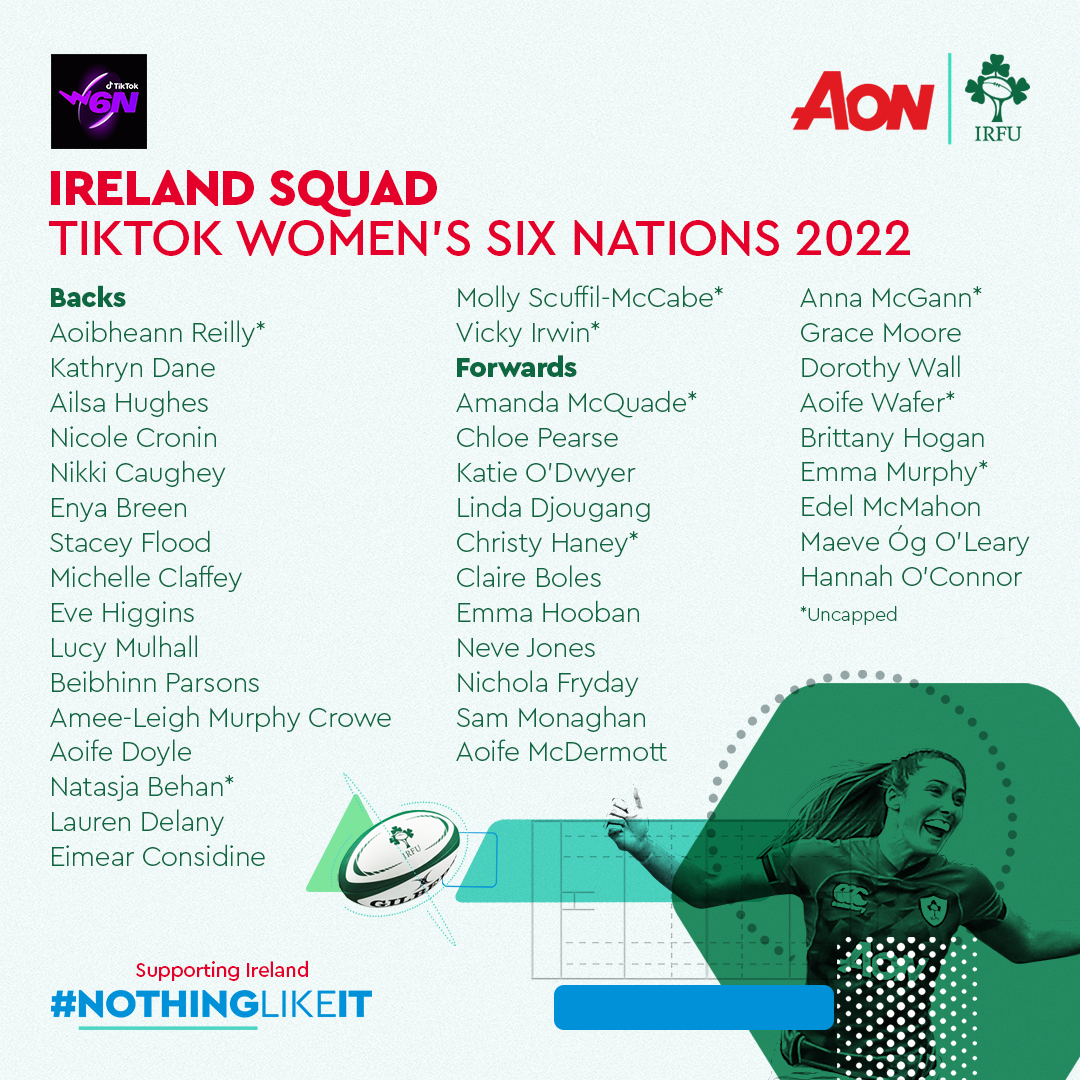 Commenting on his squad announcement, McWilliams said: “I am really pleased with the balance of the squad, there is great youth and experience and I have been impressed by the form of these players in recent weeks.

“We have selected players that have the ability to go for long periods of high intensity ball in play and have a positive impact on the game. Like every selection, there is some talent missing out, and I will be keeping an eye on these and other players as we look to increase competition within the wider playing pool.

“There is great talent within the group and this is a great opportunity for us to develop its foundations and learn about what’s needed to compete at the highest level going forward.

“For now, we are just excited to start, to put the head down and work hard. We are relishing the prospect of running out in front of our home supporters at The RDS for the first game of the Championship.”

McWilliams will name his Ireland captain for the Championship in the coming weeks.