Ireland and Munster Rugby are delighted to announce that Tadhg Beirne has signed an IRFU contract which will see him play his rugby in Ireland until at least July 2025.

Tadhg made his Ireland debut against Australia on the 2018 Summer Tour and featured in every game of Ireland’s 2019 Rugby World Cup campaign.

To date Tadhg has won 27 caps for Ireland and he was selected for the 2021 British and Irish Lions squad featuring in the first two Tests of the series against the Springbok. 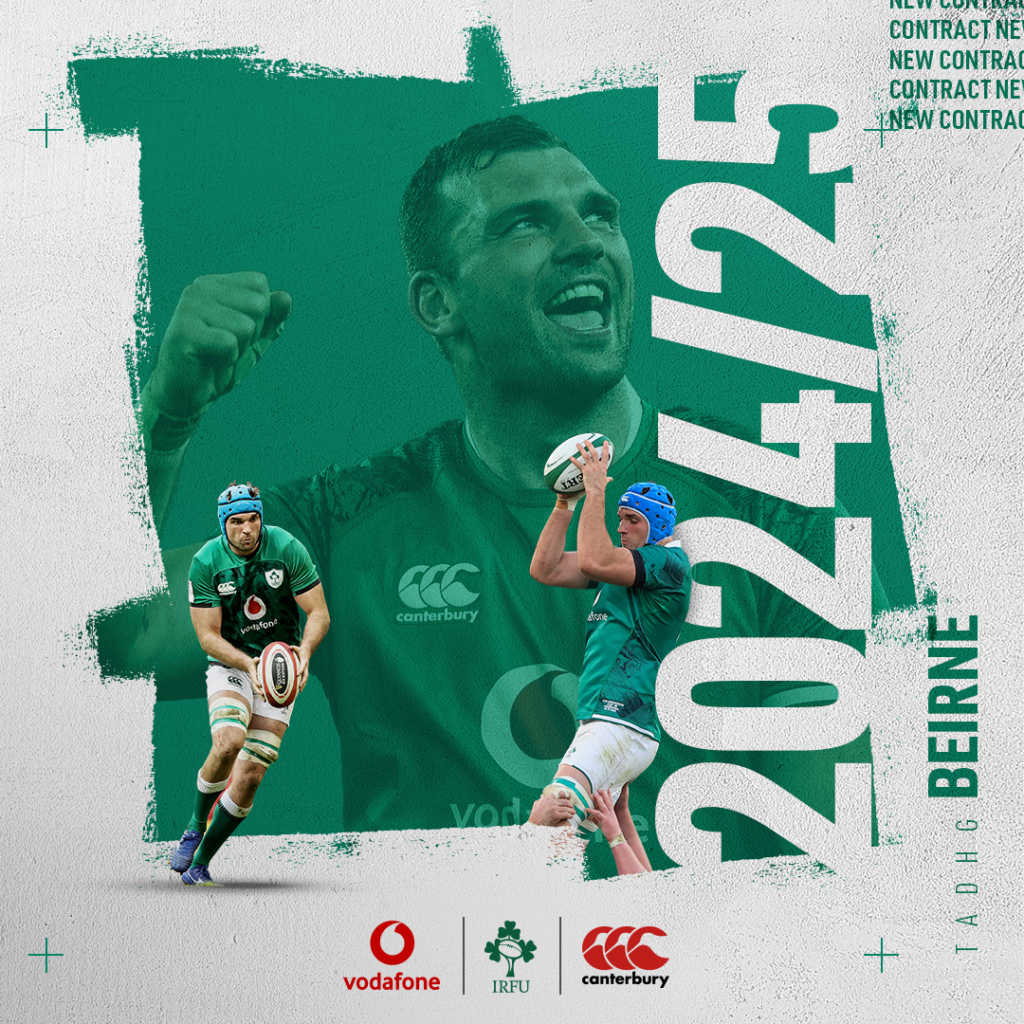 Tadhg came through the system at Leinster but joined Welsh outfit Scarlets in 2016, winning a PRO12 title in 2017. In 2018 he joined Munster making his debut for the southern province against Glasgow Warriors in September of that year. Tadhg has represented Munster on 45 occasions to date.

“Tadhg’s journey to a green jersey has not been a straight line but he backed himself and proved his quality. Since his return to Ireland in 2018 he has continued to improve his game and illustrate his worth to both Munster and Irish Rugby with the consistency and quality of his performances.”

Tadhg Beirne commented: “I have made some tough decisions in my career but this was an easy one. I am grateful to everyone who has supported me on this journey – my family, my partner and the different coaches along the way who helped me become a better player. Representing Munster, Ireland and the Lions over the past few seasons has been fantastic and I am looking forward to contributing in red and green in the years to come.”