Connacht Rugby have announced that six Academy players have signed professional contracts, beginning in the 2022/23 season.

The Galway-born Forde plays at inside centre and out-half and played a significant role in Ireland’s Under-20 Six Nations campaign last year, earning plaudits for his performances.

The 20-year-old has been starring for Galway Corinthians in the Energia All-Ireland League of late. He played his schools rugby with Colaiste Iognaid (The Jes).

Like Forde, Jennings also made a big impact on the Ireland U-20 scene last year. Another product of the Connacht pathway system, he has played for Ballinasloe RFC and Garbally College and predominately plays centre.

More recently he was a member of the Ireland Sevens squad at the HSBC World Rugby Sevens Series in Canada.

McCormack is another alumni of Garbally College and Ballinasloe RFC, playing with his friend Jennings from an early age.

He holds a unique accolade of scoring tries in consecutive Connacht Schools Senior Cup finals, touching down in both the 2018 and 2019 deciders. The 20-year-old can play across the back row.

Darragh Murray is the second Murray brother to graduate from the Connacht Academy, following in the footsteps of his older brother Niall.

A fellow lock, Darragh was a member of the 2021 Ireland Under-20 squad and captain of the Connacht Under-18s that won the 2018 Interprovincial Championship title. He came through the pathway at Buccaneers RFC and Colaiste Chiarain Athlone.

Booth first joined the Connacht Academy in the summer of 2020, arriving from Sale Sharks.

The 21-year-old was born in Stockport and is Irish qualified, having played for Ireland in the 2019 World Rugby Under-20 Championship. Primarily a flanker, he can also play at number 8 or in the second row.

Kilgallen is no stranger to Connacht supporters having already made five appearances with the senior team.

The back-three player made his debut at the Aviva Stadium against Munster in August 2020, and the Lansdowne Road venue was also the scene for his first try, scoring an intercept against Ulster last October. 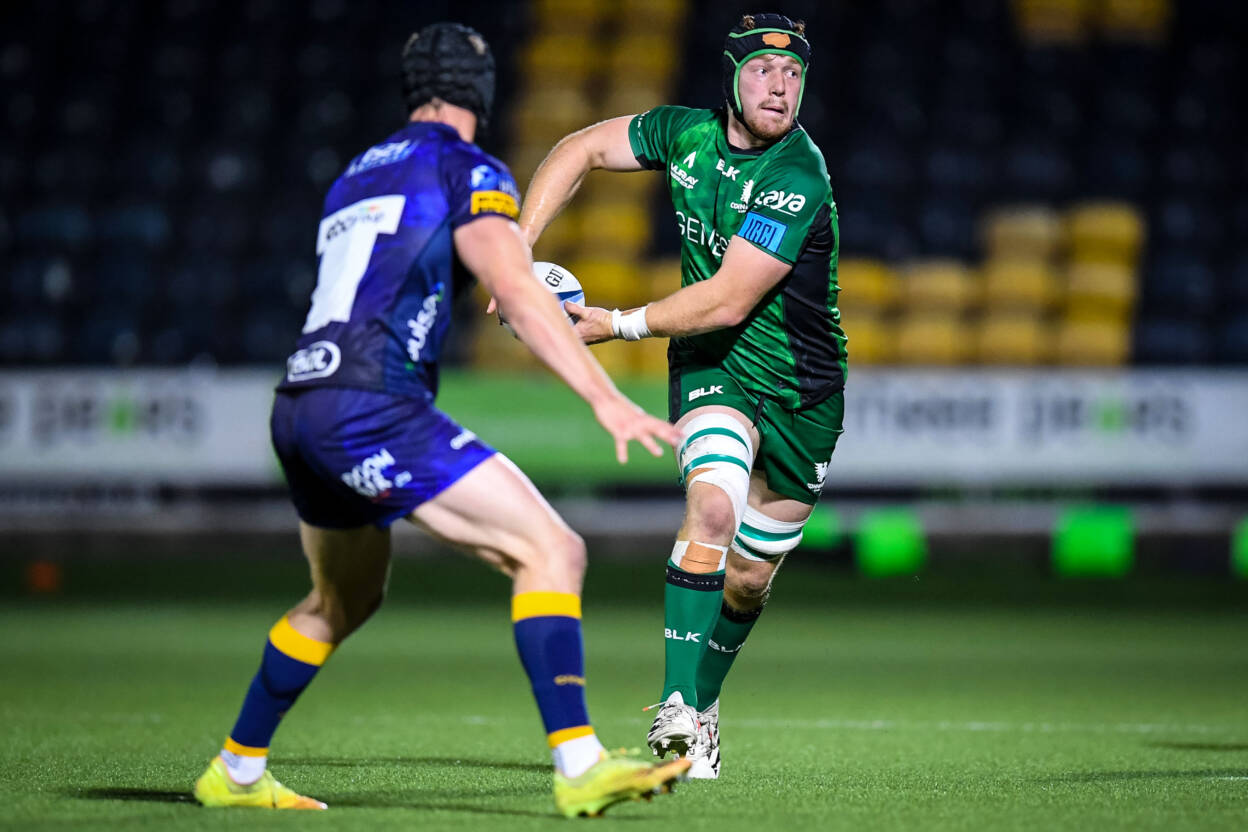 Connacht Rugby Academy Manager Eric Elwood has paid tribute to the six players, saying: “I’d like to congratulate the six men on their impending move to the pro team, and to their respective clubs and schools that have played a big part in their success.

“Everyone at Connacht Rugby has worked tremendously hard at all levels to give them the platform to succeed and I’d like to acknowledge the work done by the coaches as well as the wider Academy staff.

“That said, it’s up to the players themselves to take the opportunities afforded to them and they’ve done just that. I know they each have what is required to take that next step in their careers.”

Connacht head coach Andy Friend has congratulated the six players on their contracts, noting: “This is a special day both for Connacht Rugby and for Ciaran, Cathal, Shane, Diarmuid, Oisin and Darragh.

“They have each forged their own paths to professional rugby through hard work and dedication, and with the help of their coaches, parents and volunteers along the way.

“It’s particularly pleasing that four of the six players came through the Connacht pathway, playing their club and schools rugby here in the west of Ireland.

“I’m looking forward to further integrating them into the professional set-up and help us challenge for honours in the years ahead.”