Matthew Rea, James Hume and Tom O’Toole have committed their futures to Ulster by signing for a further two years with the province.

28-year-old back rower Rea has become a regular in Ulster matchday squads since making his debut against the Cheetahs in 2017.

The athletic flanker is also an astute lineout operator, which makes him equally comfortable playing in the second row.

The Ballymena native has signed a two-year contract extension, which will see him remain at Kingspan Stadium until at least the summer of 2024. 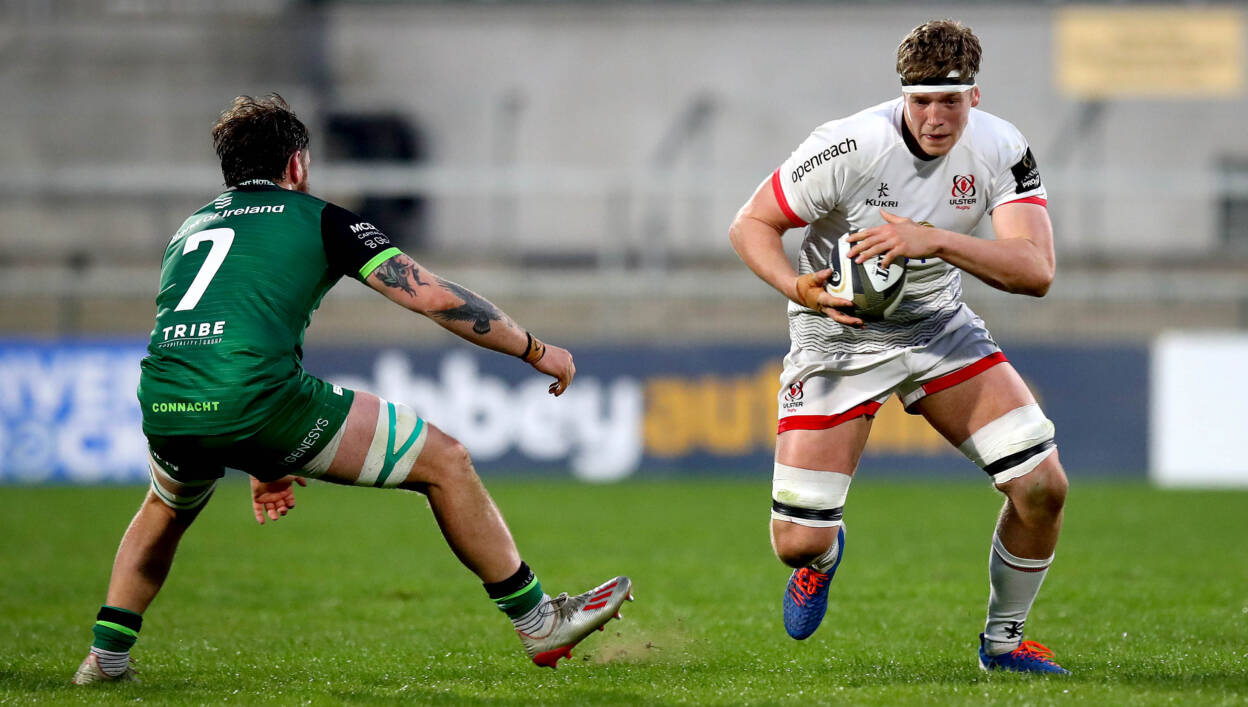 In-form centre Hume, a product of the Ulster Rugby Academy, has amassed nearly 50 appearances for the province since making his senior debut against Munster in September 2018.

The 23-year-old is set to hit the milestone this weekend if he plays in the upcoming United Rugby Championship clash with Connacht at Kingspan Stadium.

A superb reader of the game, the Belfast-born Hume has been recognised for his defensive abilities and eye for the try-line through his involvement in the Ireland set-up, including earning his first international cap in the most recent Summer Series.

On a similar trajectory to Hume, tighthead prop O’Toole, a fellow Ulster Academy graduate, made his senior debut in April 2018 against Edinburgh, following outstanding performances for Ulster ‘A’ in the then British & Irish Cup.

Known for his astounding tackle success rate, and mobility around the park, the 23-year-old was also rewarded for his performances in an Ulster jersey by being called up for Ireland and making his international debut against the USA in July.

On the two-year extensions, head coach Dan McFarland said: “It is great that Matty, James and Tom have bought into what we are trying to achieve as a team and, because of this, are prepared to further commit themselves to the province.

“All three add a huge amount to the squad, with Matty demonstrating his value as a lineout operating and ball-carrying (number) 6.

“Tom is still a young tighthead but has already earned international recognition for his relentless work-rate and physicality.

“James has made a big breakthrough this year, adding consistency in his fundamentals to a top-class ability to beat defenders.

“I look forward to seeing what the next two years hold for this group of young players.”