Connacht Rugby have announced that Ireland international Jack Carty has committed his long-term future to the province, signing a new three-year deal until 2025.

The Roscommon native has made 164 appearances for his home province since his debut over nine years ago.

Carty was part of the squad that won the 2015/16 Guinness PRO12 title, and further impressive performances resulted in an Ireland debut away to Italy during the 2019 Guinness Six Nations.

In total, the talented 29-year-old out-half has 10 caps for his country and was a member of the 2019 Rugby World Cup squad.

Carty is a product of the Connacht pathway, playing club and schools rugby with Buccaneers RFC and Marist College respectively before graduating from the Connacht Academy.

Commenting on today’s announcement, he said: “I’m so thankful and grateful to be able to represent my home province for another three years.

“The last six months have easily been the most enjoyable part of my career, and in that time I feel I’ve matured as a player, leader and person.

“The staff and my team-mates have been incredible and create an environment where you can feel yourself growing daily. It’s easy to stay motivated because of them, even on a wet and windy day training in Galway! 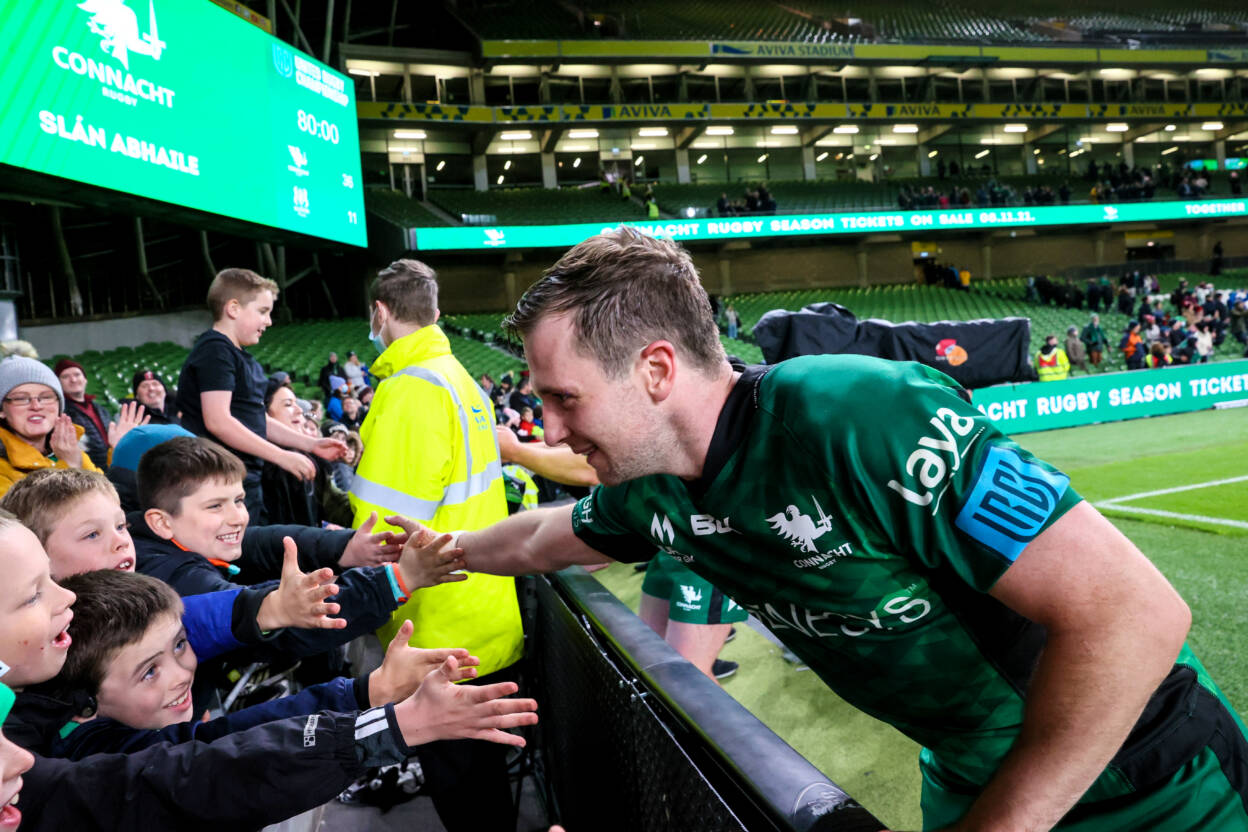 “The provincial team is represented by people from every pocket of Connacht, Ireland and beyond, but everyone is incredibly proud in representing Connacht and the west.

“From speaking to Willie (Ruane) about the plans for the future, along with seeing first-hand the work of ‘Friendy’ and the coaches, I’m excited about what lies ahead.

A special thanks to Friendy who goes above and beyond for his players. There is no doubt that the province and squad are in a position to challenge for silverware.

“I can’t wait to see where the journey takes us over the coming years and I’d like to thank Keith Matthews for his help and guidance. Along with that, I hope to add to my international caps.

“Most importantly, I want to thank my family, friends and loved ones especially Mum, Dad, my sisters Aoife and Deirdre, my brothers Ben and Luke, my brother-in-law Donie and my niece and nephew, Juliette and Ted, for all the support and love.”

Connacht head coach Andy Friend added: “This is brilliant news for everyone associated with Connacht. Jack is a top-class international out-half and a crucial player for our squad.

He has an incredible skill-set and excellent game management. He is therefore an extremely important person for us in how we want to play the game.

“Jack has also grown as a leader within our group. He has recently earned the right to be our matchday captain which is testament to his leadership qualities.

“Jack is a very proud Connacht man and loves representing his club, school, province and country. I’m really excited to see him going from strength to strength and committing to us for another next three years.”