Captain Jonathan Sexton spoke with pride about the squad effort that drove Ireland to a memorable 29-20 Autumn Nations Series win over New Zealand at the Aviva Stadium.

Tickets for Ireland’s final Autumn Nations Series match against Argentina next Sunday are on sale. Click here to secure your seats from Ticketmaster.

With every player in the matchday squad playing their part, the All Blacks were on the receiving end of a third defeat to Ireland in just five years.

James Lowe, Ronan Kelleher and Caelan Doris, the Vodafone player-of-the-match, all crossed the whitewash to cap a memorable team performance from the hosts.

Sexton was a key figure in the previous victories over New Zealand in 2016 and 2018, and was a driving force during his 64 minutes on the pitch. He kicked two conversions before Joey Carbery clinched the result with three penalties.

“Very proud of 1 to 23, I thought we played some great stuff in the first half. I don’t know how we went in 10-5 down at half-time. We were brave with some of our calls,” admitted Sexton, speaking in the aftermath.

“In hindsight maybe the first penalty, I wanted to take three (points), but they just got a sin bin and the pack wanted to have a go. Then they were accumulating penalties so we sort of said, ‘well, let’s go again’.

“Because another penalty they get a sin bin or maybe a try. We weren’t clinical in the first half, but then fair play, because this team has worked a hell of a lot on our mental side of the game.

“To bounce back and to come again is testament to the management and the leadership group, and the player themselves. To come back and be clinical in the second half.

“Because previously we would have said, ‘oh, we didn’t take our chances’, and we would have – not given up, of course – but we would have put the heads down a bit. We kept pounding away and we got our rewards.”

In those closing 16 minutes, it was Munster ace Carbery who took over from Sexton at out-half. A New Zealander by birth, he capped his latest appearance against the All Blacks with three crucial penalties, including one from the halfway line.

All eight players were brought on from the Irish bench, with a number of them making telling impacts. While it often goes without saying, Sexton was keen to reiterate how important they were to the cause.

It was huge. When we beat the All Blacks in 2018, Pete (O’Mahony) came up with some big plays and he did the same tonight. That poach on halfway was crucial to getting the win.

“And then obviously a special word for Joey to come on and kick three good goals. He’s been out for so long and I was chuffed for him.

“I obviously wish I was there doing it, but I was happy for him. When you bring Conor Murray on, 90-odd caps. Keith Earls, 90-odd caps. Peter O’Mahony, it’s a brilliant thing to have.

“Because they knew what they needed to do to see the game out and bring those younger guys through. They were outstanding when they came on.”

Given what they have achieved in the game and the quality of rugby they showcase on a regular basis, New Zealand remain the benchmark in men’s international rugby.

Nonetheless, despite the boost of confidence that comes with beating them, Sexton knows that Ireland need to continue pushing forward in advance of the 2023 Rugby World Cup. 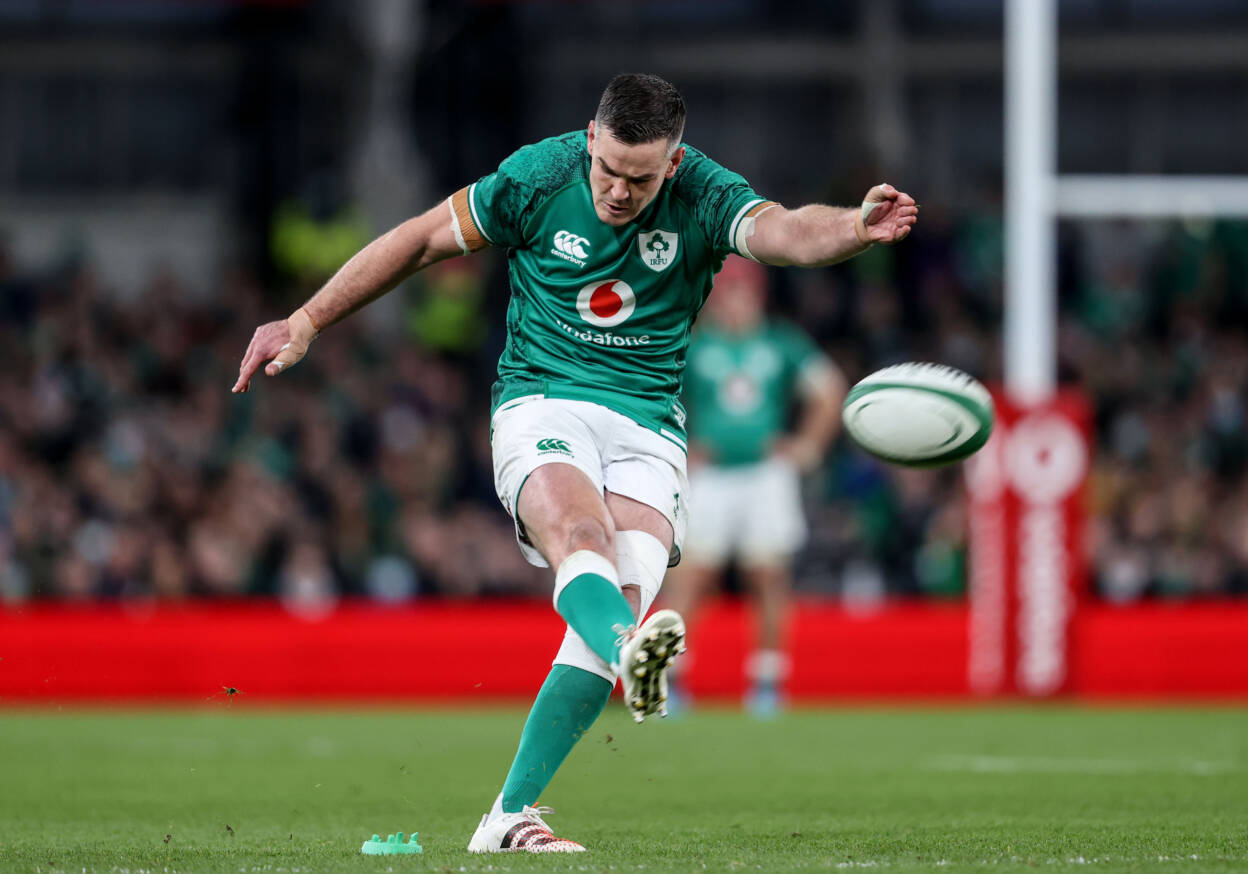 “We’ve already identified it as the start of a two-year journey and we’ve sort of said that this is the start and it’s important, I said to the TV after, that we continue to improve,” he added.

“Things you can improve on to make sure you take your chances, because we could have scored a few tries in the first half that would have counted.

“They need to realise it’s still the start and we need to keep building. The great thing about beating New Zealand is the lift it gives to the country, but you don’t win a trophy.

“You don’t have something to show for it as such. As happy as we are, we need to push on again.”