Lansdowne climbed up to second in the Division 1A table after a convincing 22-5 derby victory over Clontarf at Castle Avenue tonight.

Following their edge-of-the-seat 24-20 defeat to Young Munster, Lansdowne quickly returned to winning ways as they moved level on points with Garryowen, who host Cork Constitution tomorrow, at the top of the table.

Clontarf came into this game with four successive wins, but tries from Greg McGrath, Cormac Foley and Daniel McEvoy saw the visitors run out 17-point winners in the end. 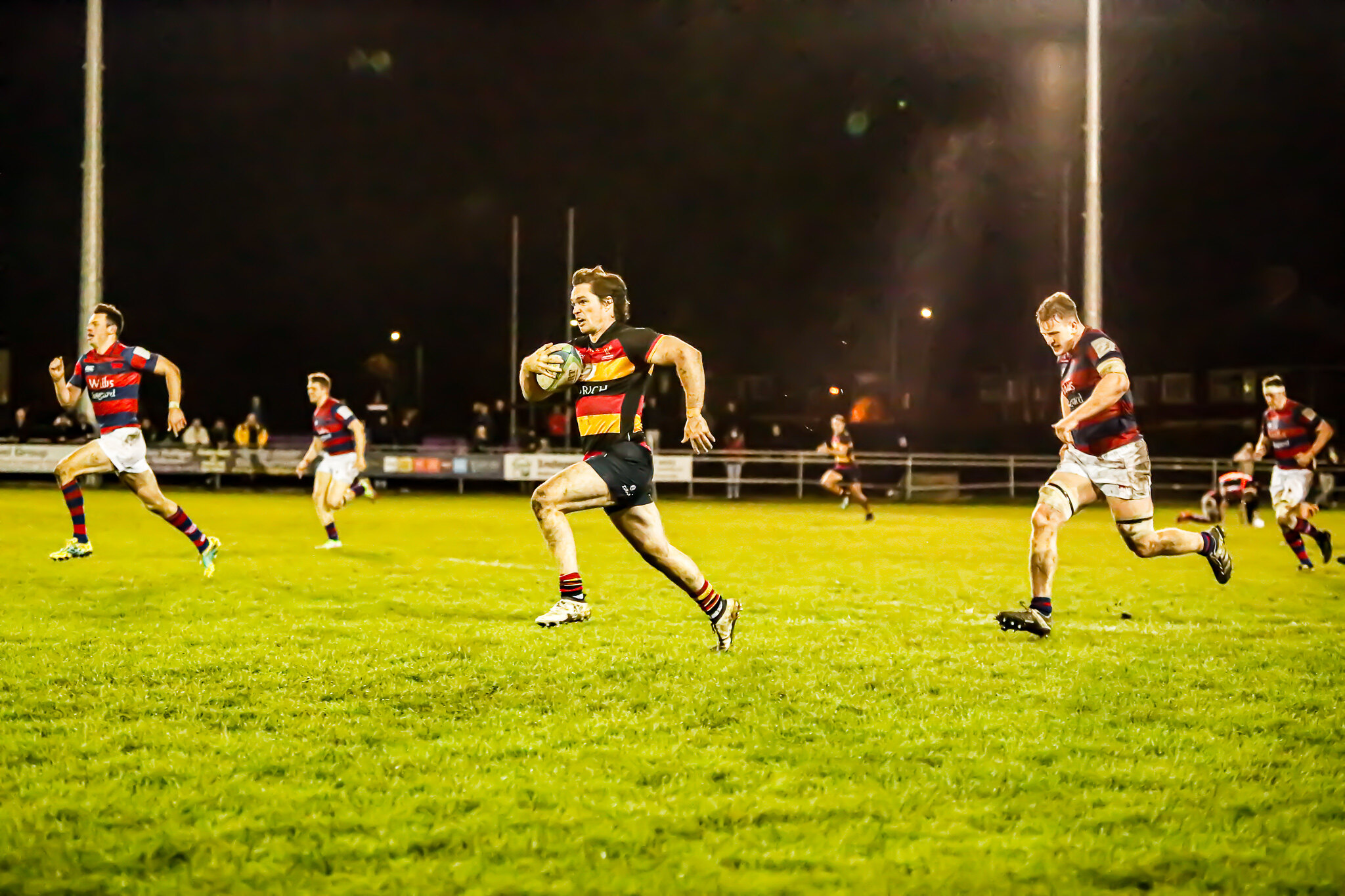 There was plenty of experience in the Lansdowne ranks for this trip across the river Liffey, with current Leinster star Peter Dooley and former Ulster back rower Clive Ross included in their pack.

Equally, Tony Ryan brought considerable dynamism to the Clontarf forwards with Martin Moloney, who made his senior debut for Leinster back in April, also adding significantly to their challenge.

Nonetheless, it was Mark McHugh’s men who made the early inroads in this Friday Night Lights clash. They broke the deadlock five minutes in, with Connacht tighthead McGrath driving over from a couple of metres out.

Following a kick to touch from out-half Charlie Tector, Lansdowne developed a lengthy lineout maul and a pick-and-drive produced a robust finish from McGrath.

Kicking from a tight angle on the left, Tector expertly added the conversion to give the headquarters club a seven-point platform during the early exchanges.

The former Kilkenny College student had an ideal opportunity to extend his side’s lead from a 14th-minute penalty, but fired just past the left hand upright. 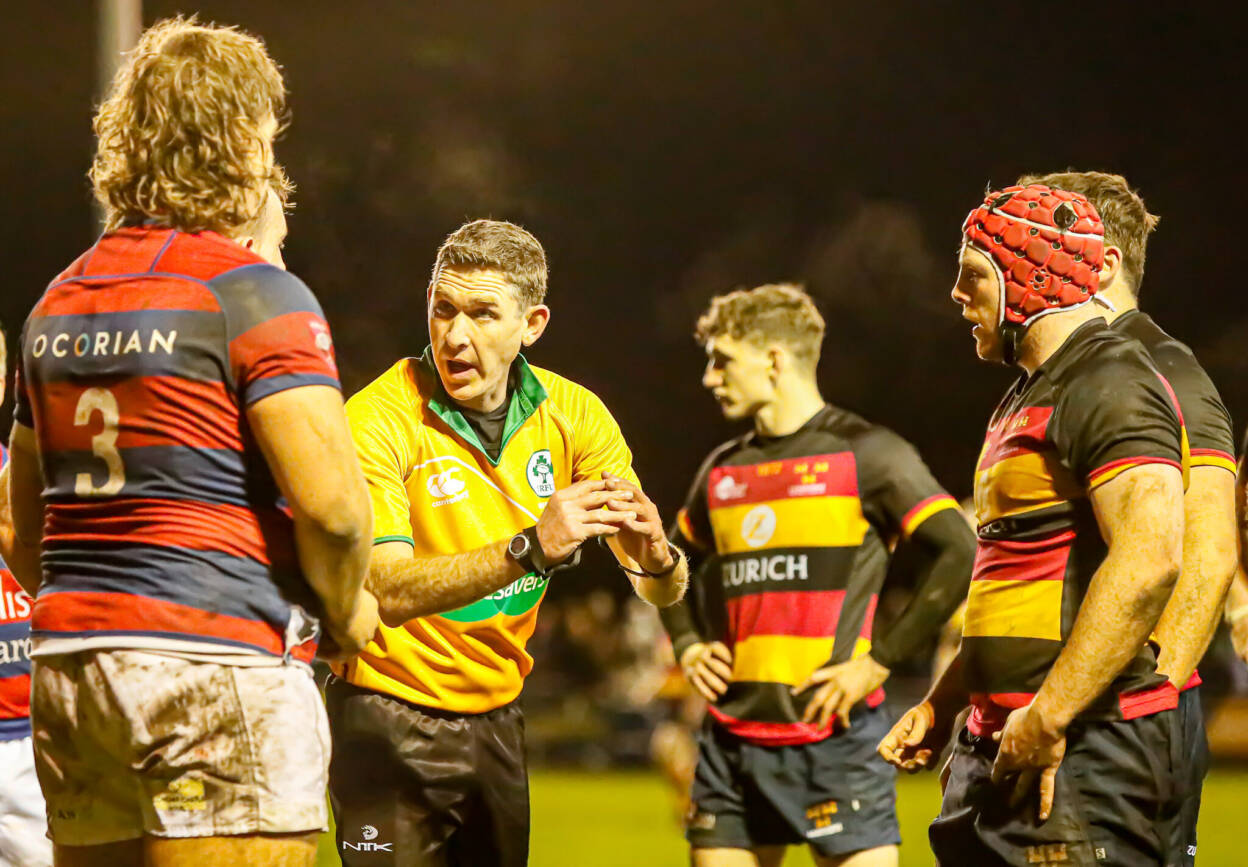 However, Lansdowne were playing with great authority and doubled their cushion by the end of the first quarter. At the heart of a fast-paced move, scrum half Foley raced through a defensive gap to score his fourth try of the campaign.

Tector comfortably converted from straight in front of the posts, leaving Lansdowne very much in the driving seat at the first half water break.

Despite enjoying some good spells of possession, Clontarf, who were missing Leinster’s Vakh Abdaladze and Brian Deeny from their pack, found themselves squeezed out by the Lansdowne defence on numerous occasions.

At the other end, the hosts were beginning to show considerable steel in defence and turned over the ball when Lansdowne looked set to break through for a third try on 27 minutes.

Buoyed by this encouraging passage of play, ‘Tarf had a glorious chance to open their account from a close-range penalty. Conor Kearns missed the target, but the north Dubliners did get off the mark two minutes before half-time.

After executing a superb charge-down of an attempted clearance, ‘Tarf lock Fionn Gilbert mustered enough energy to get his hands on the ball and score before it drifted out of play.

While Kearns’ conversion was marginally wide of the mark, another missed penalty by Tector ensured Andy Wood’s charges were only 14-5 behind heading into the second half. 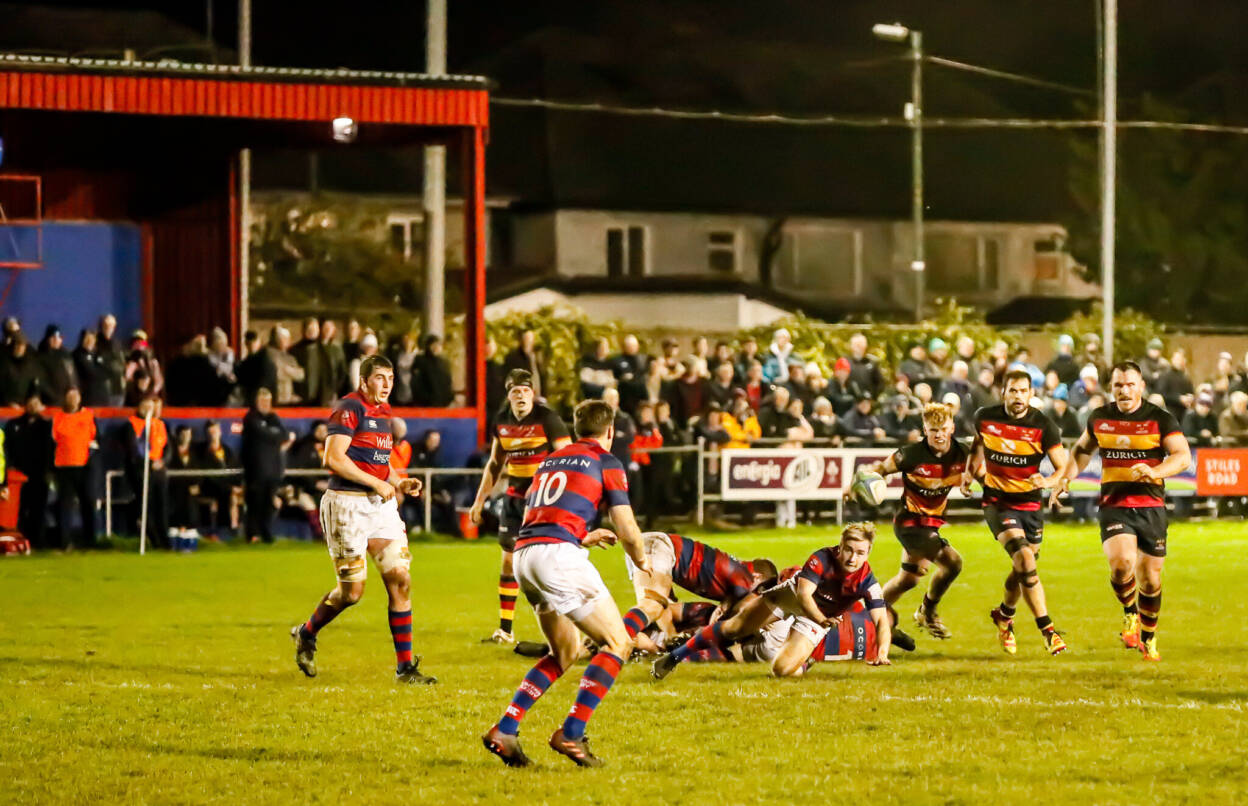 Still, Lansdowne maintained a potent threat in attack with Andy Marks, the versatile former UCD back, and Stephen Madigan proving to be prominent on the restart.

Clontarf were gaining in confidence the longer the contest wore on, though, and enjoyed an extended spell inside the Lansdowne 22 towards the tail end of the third quarter.

Diligence and discipline were required from McHugh’s side in order to ride out this particular storm, and they managed to hold out in impressive fashion.

After getting themselves on the front foot once again, the three-time league champions earned another shot at goal on 63 minutes. Replacement Peter Hastie slotted it over to put 12 points between the teams.

‘Tarf pushed hard to secure at least a losing bonus point from this entertaining fifth round tie, but instead coughed up a third try with 74 minutes gone.

Busy winger McEvoy picked just the right moment to intercept the ball in defence and sprint almost the length of the field for an unconverted try in the left corner.

The Ireland Club international’s late score put the outcome beyond doubt and reinforced Lansdowne’s title credentials in the process. 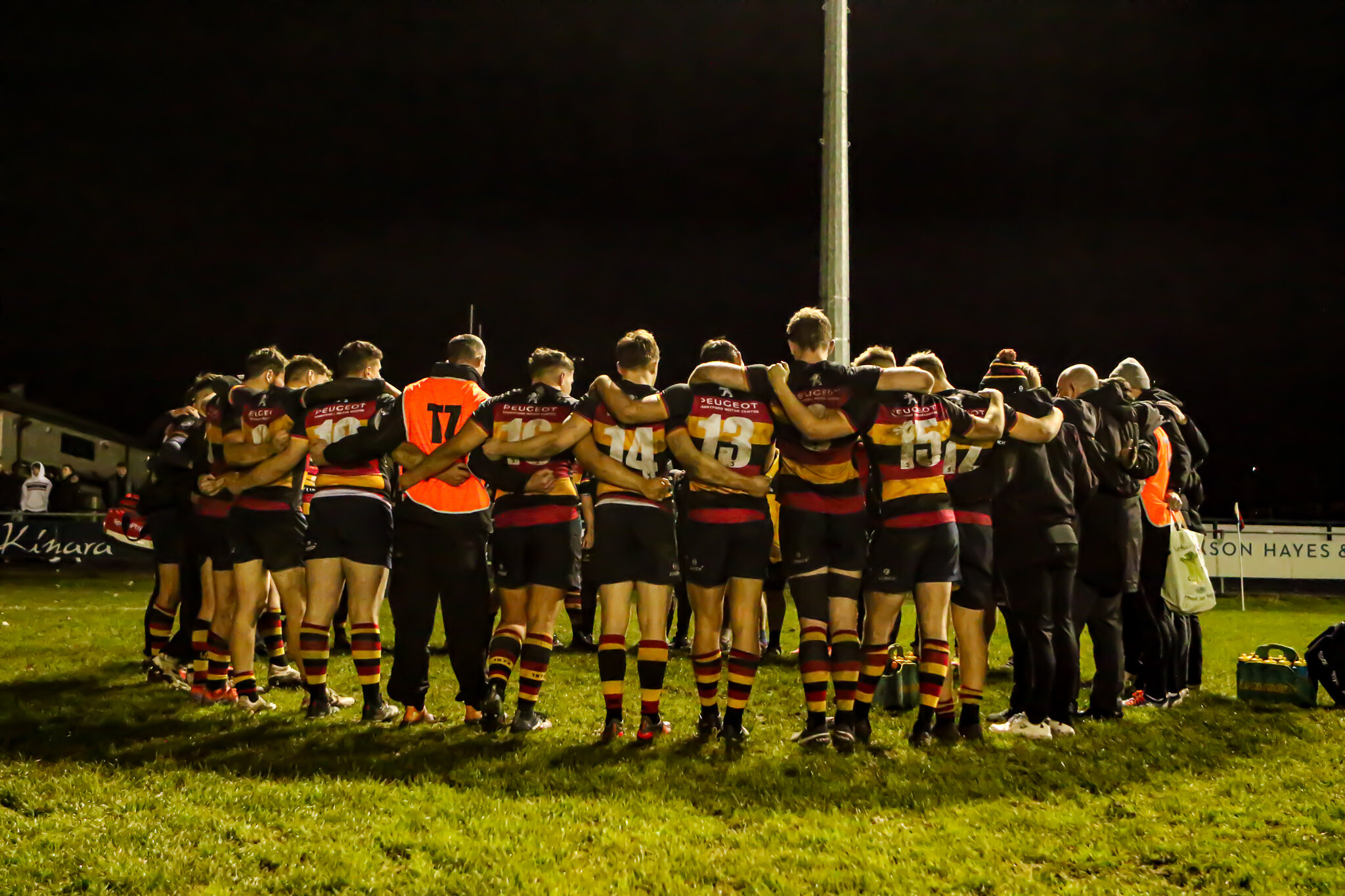