The 22-year-old Hawkshaw scampered over for the opening try, following a break from halfway, before Conor Kearns doubled Clontarf’s lead at the Bull Ring.

UCD captain Jack Ringrose hit back with a try from a cross-field kick, closing the gap in this Dublin derby to 14-7 for half-time.

However, second half tries from Dylan Donnellan and league debutant Jordan Mulvaney had ‘Tarf out of reach, before David Heavey notched a late consolation score for College.

Mulvaney was one of four players in the Clontarf squad making the step up to AIL rugby, while there was a club debut in the back row for Leinster Academy forward Martin Moloney.

After a scoreless first quarter-of-an-hour, the game burst into life when ‘Tarf captain Matt D’Arcy sidestepped and shrugged off two defenders to make 15 metres, up past halfway.

Fed quick ruck ball, Hawkshaw injected additional pace, stepping off his right and darting through a gap on the UCD 10-metre line. There as no catching him from there as he cut in behind the posts.

The try scorer tapped over the simple conversion, and there was a spell where defences were on top before the north Dubliners managed to push into a 14-0 lead.

The build-up was far from textbook, a midfield kick from prop Ivan Soroka ricocheting off a UCD player, and Angus Lloyd, in tidying up play, almost threw an intercept pass.

Instead, the scrum half succeeded in sending Michael Courtney away on a weaving break. He had Tony Ryan up in support and the wily number 8 offloaded off the deck for replacement Kearns to finish off from 25 metres out. 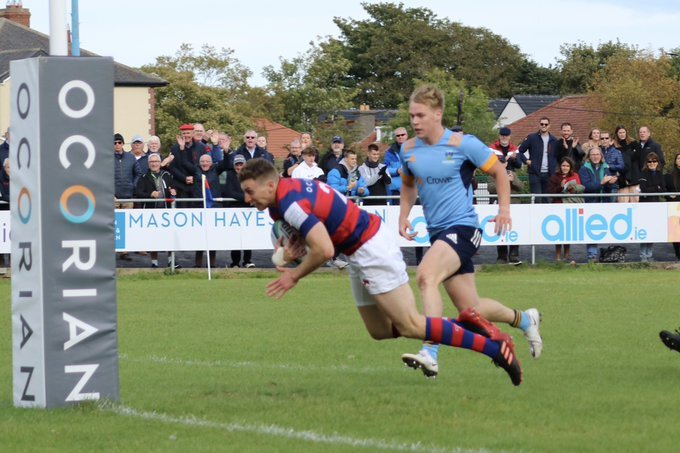 UCD’s response was encouraging, better ball retention saw their forwards make headway up to the Clontarf 22. It was there that out-half James Tarrant grasped his opportunity.

Unleashing a tremendous cross-field kick off his right, he turned the home defence. The onrushing Ringrose hardly had to break stride as he expertly collected the ball on the bounce to score past Seni Reilly Ashiru.

Tarrant tagged on the extras with aplomb, giving the students a timely lift before the interval. Nonetheless, when the second half got underway, the ‘Tarf forwards seized the initiative.

Hooker Donnellan muscled over from close range, as the hosts’ strong set-piece game came to the fore. Hawkshaw converted and then swung over a penalty to put 17 points between the sides.

Wood’s charges failed to fully take advantage of a Bobby Sheehan sin-binning, but their push for a bonus point was eventually rewarded.

From an advanced scrum position, ‘Tarf worked their way through for their final try. Good carries from Cormac Daly and Donnellan sucked in the UCD defence initially.

The ball was whipped back to the left wing where UCD were caught for numbers, and passes from D’Arcy and Moloney put Mulvaney over in the corner. 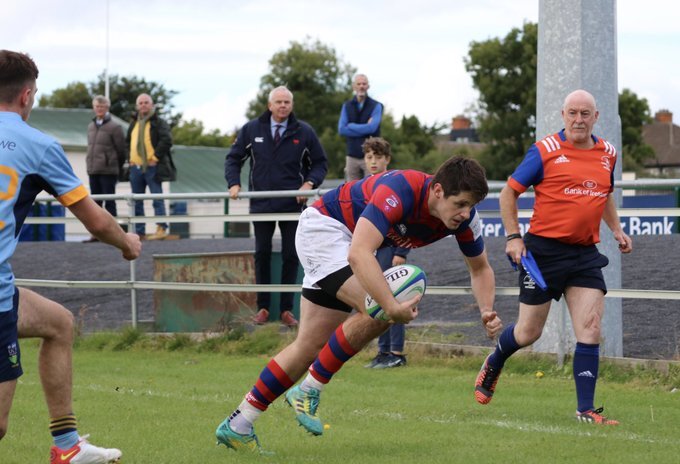 There was still time for the best try of the lot, as UCD replacement Heavey produced some magic out of his own 22, right at the death.

He spotted a mismatch on the right wing, burned past a couple of defenders and kicked towards the try-line. It led to a foot race with Kearns, who could not gather the ball, and Heavey pounced to complete a terrific solo score.