Griggs has made four changes in personnel to his starting XV from the Round 1 defeat to Spain at Stadio Sergio Lanfranchi, with Laura Feely, Sam Monaghan, Edel McMahon and Eve Higgins coming into the side.

Ciara Griffin captains Ireland for the Round 2 clash against the host nation, as Griggs’ side bid to bounce back and keep their hopes of automatic qualification for next year’s Rugby World Cup from this tournament alive.

Higgins’ return to the Ireland midfield alongside Sene Naoupu – restoring their partnership from the Women’s Six Nations – is the only change to the backline from last weekend, with Eimear Considine, Amee-Leigh Murphy Crowe and Beibhinn Parsons continuing in an unchanged back three.

Kathryn Dane and Stacey Flood are named at scrum-half and out-half once again, with Feely coming into the Ireland front row alongside Linda Djougang and Cliodhna Moloney for her 21st cap.

Having made her debut off the bench in Round 1, Monaghan is set for her first Test start in the second row alongside Nichola Fryday, while McMahon’s inclusion in the back row sees Griffin revert back to number eight, with Dorothy Wall continuing at blindside flanker. 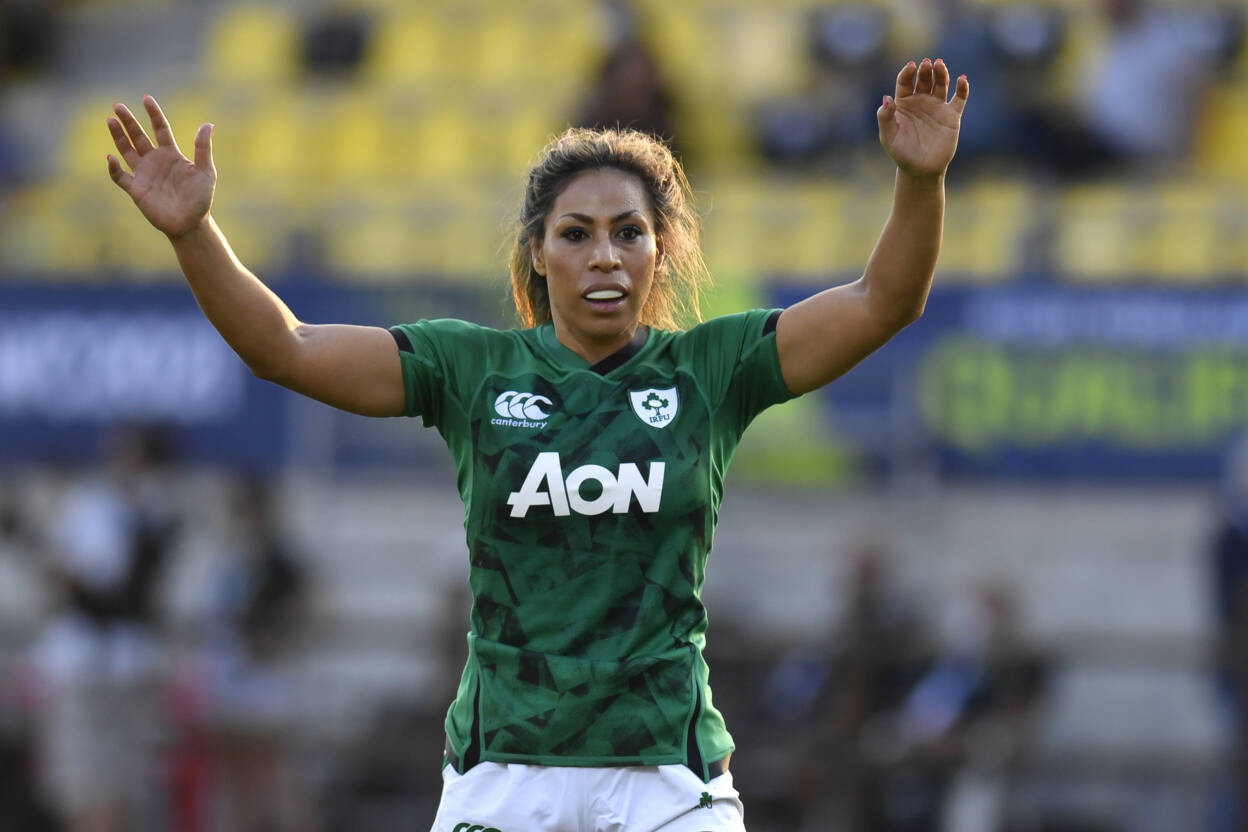 Commenting ahead of the game, the Ireland Head Coach said: “After a difficult result last weekend, we have collectively put the head down this week, conducted honest reviews and identified the areas we need to improve. We have implemented and executed those improvements in training and that gives us confidence going into Sunday.

“Italy will present a challenge, particularly with a home crowd behind them, but we are familiar with their threats and have left no stone unturned in our preparations for this game.”

Sunday’s game is live for supporters in the Republic of Ireland on the RTÉ Player, while the action will also be streamed live across rugbyworldcup.com/2021, Rugby World Cup Facebook and Twitter channels and on World Rugby’s YouTube channel.