Ulster Rugby have today signed one of the biggest names in world rugby, Duane Vermeulen, who will join the province following the autumn Tests in November.

Nicknamed the Thor of rugby, the 6ft 4in, 18-stone Springbok will pull on the famous white jersey at Kingspan Stadium until 2023.

In 2019, Vermeulen was crowned the player-of-the-match as South Africa stormed their way to Rugby World Cup glory, lifting the Webb Ellis trophy. 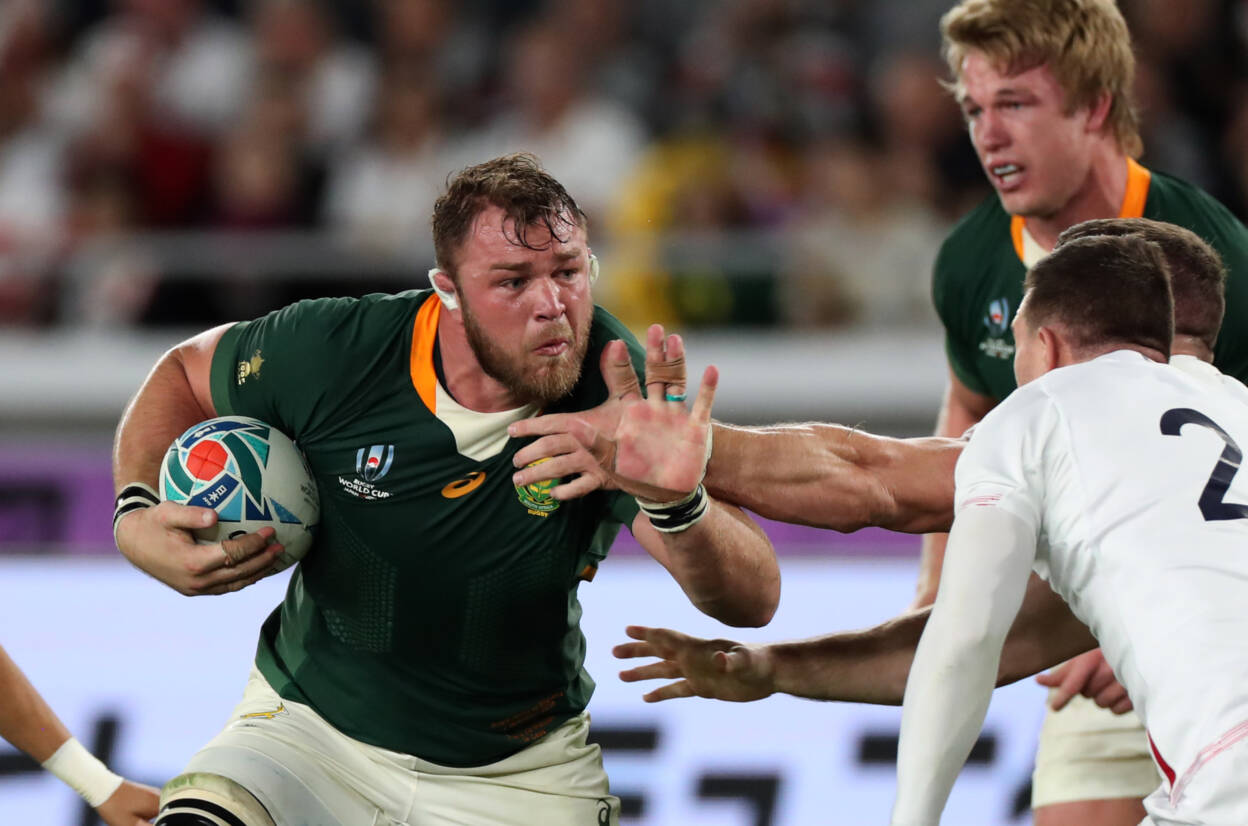 The 35-year-old back rower brings with him experience gained in both Super Rugby and the Top 14. He will join the United Rugby Championship in November once he has completed international duties during the autumn Tests.

Ulster head coach Dan McFarland said: “Duane is clearly a world class player who, as the current World champions’ starting 8 and MVP from the last World Cup final, is set to bring depth and experience to our really talented group of back rowers.

“As well as being an undeniable talent on the pitch, I know Duane will play an important role going forward in strengthening the winning mindset we are building as a squad.

“I would also like to take this opportunity to recognise Bryn Cunningham’s brilliant work in orchestrating this deal from start to finish.

“It was always going to be a difficult ask to find a difference-making number 8 but Bryn has definitely achieved that.”

Ulster and myself had detailed discussions about the province’s values, expectations and the potential role I can play going forward.

“It appealed and resonated with me to a point where I got very excited and decided to commit myself to this Ulster journey. I cannot wait to become part of the Ulster family and to serve as best I can.”

Ulster have been actively seeking a world-class addition to the squad following the planned deal with Leone Nakarawa falling through in June.