Ulster lock Kieran Treadwell has said an increased level of accountability within the playing group will be key if the northern province are to get their hands on silverware again.

Despite coming close in recent seasons – reaching quarter-finals, semi-finals and one final across a number of competitions – Ulster are still looking to reach the top ladder under Dan McFarland.

You have to go back to the 2005/06 Celtic League campaign for their most recent success, when current Saracens boss Mark McCall was in charge of the team.

The inaugural United Rugby Championship presents Ulster with a fresh opportunity to bridge this gap and Treadwell is in a positive mood ahead of tomorrow week’s opener against Glasgow Warriors.

Speaking at the URC launch at the Aviva Stadium, he said: “I think it comes down to accountability – the way that we hold ourselves and make ourselves accountable for mistakes, things that go on in training, and basically working together for the same common goal, which Dan has obviously alluded to is silverware.

“We’ve come so close and yet we’re still yet to get there. I think accountability is massive. It has massively changed, the onus is on us now to find a way to polish what we need to do to, to get to that final goal.”

Their URC debut will be particularly exciting for Treadwell and his team-mates, with 15,000 spectators set to pass through the Kingspan Stadium turnstiles for the visit of Glasgow to Belfast.

Having already played in front of 10,000 fans during a recent pre-season encounter with Saracens at the same venue, the 25-year-old second row is gearing up for a massive atmosphere on home turf.

“It’s a massive lift for all the players and everyone there, to get that support and finally give something back to the fans as well.

“It has obviously been a long time for them to get out and watch a game. Hopefully we can start off as we mean to go on. Only problem is we’ll struggle to hear the calls on the pitch now, we’ve gotten used to no one being in the stadium!

“It really drives us and that has been mentioned, from when we found out we were allowed a crowd in the stadium. You can feel that buzz, that there are going to be people there that are going to be cheering on.

“It’s great for us, but it’s also great for the fans as well. They’ve been waiting as long as us to watch a game live.

“To have that atmosphere there, it’s almost like they get you up for the game more and more. You can feed off the buzz. It’s massive on both parts.” 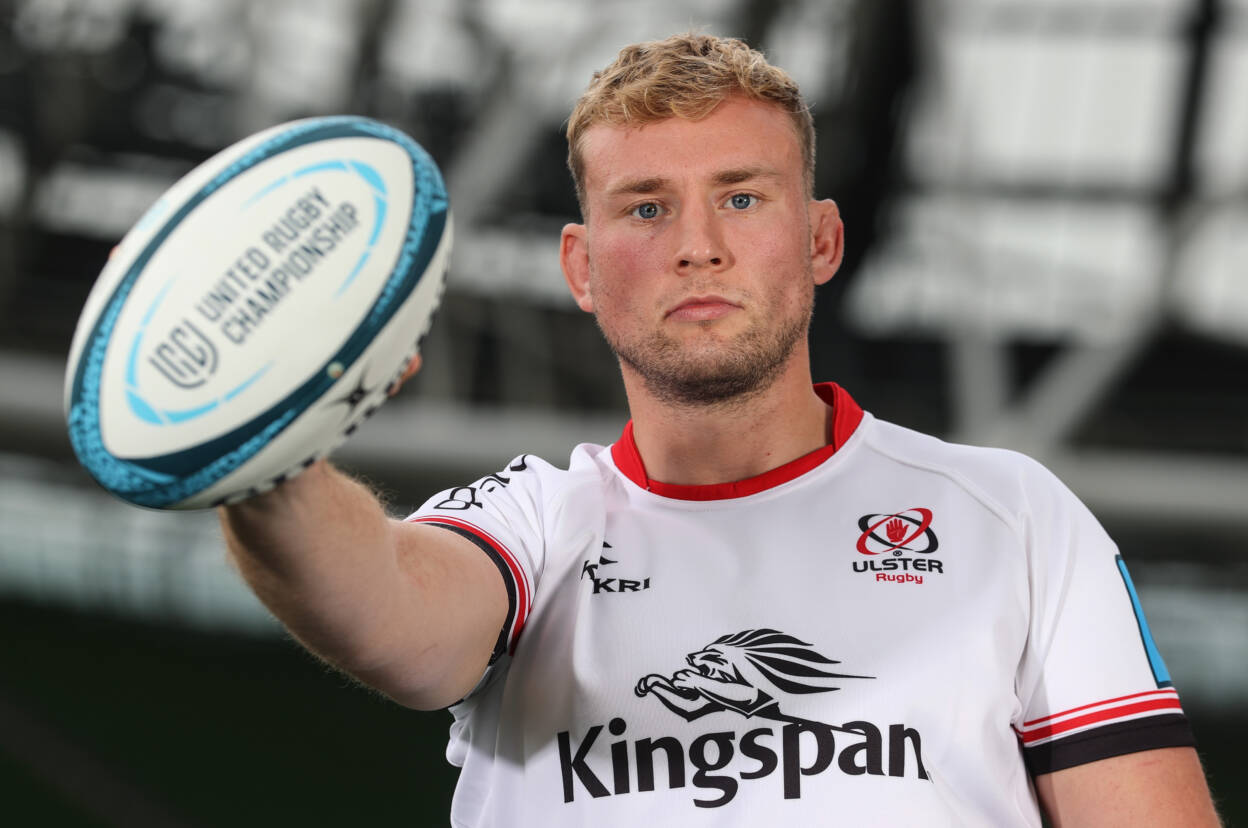 With 109 senior appearances for the province under his belt, Treadwell is fast becoming one of the most experienced figures within the Ulster set-up.

There are a plethora of young players progressing quickly through the ranks in Belfast who have wasted no time in leaving an impression on the three times-capped Ireland international.

“They’re actually very experienced and knowledgeable in what they say. They’re almost not scared of coming to the forefront and asking questions. They’re all very smart rugby players,” he explained.

“Just to name a few, James Hume, Mike Lowry, Tom O’Toole. Callum Reid, he’s coming to the forefront as well. They’re all going really well and they’re all adding value to the squad.

“Tom O’Toole has got massive, massive potential. He brings a different dimension to his game, that some people don’t have. He’s still so young, but his aggressive carrying and his aggressive nature within the game is second to none. 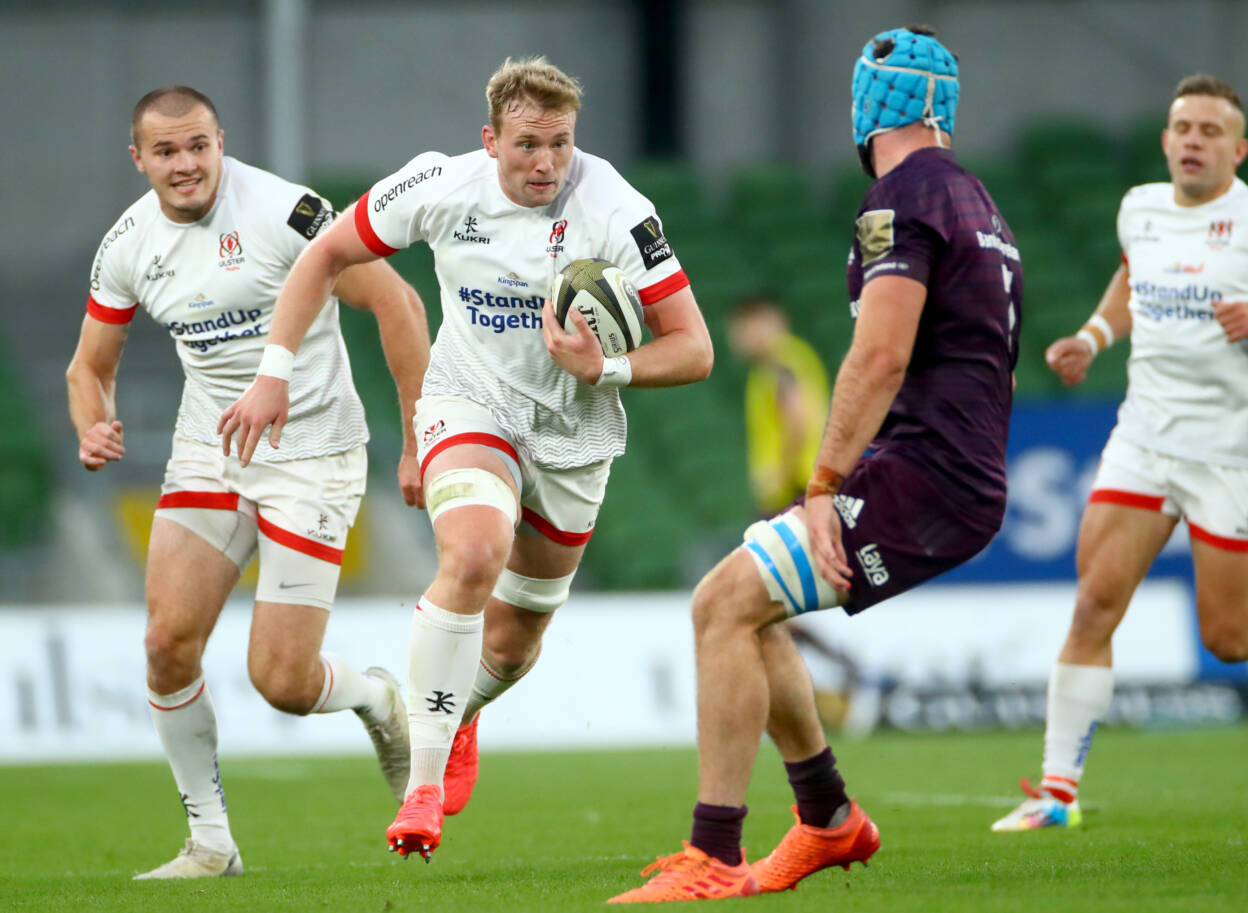 A native of Carshalton in south London, Treadwell is Irish-qualified through his mother and subsequently joined Ulster ahead of their 2016-17 season.

He had represented both Ireland and England at underage level, before lining out for the former on three occasions at senior level in 2017.

He admits it was daunting moving from Harlequins to his current employers at such a young age, but it is a decision he is happy to have taken, adding:

It was a difficult decision. I was only 20-years-old and had never lived away from home. It was tough to take it all in, moving to a different country, but it was a move I’m glad that I made.

“I could see myself being there and there was a path there for me, if I worked hard enough. It could be taken. Now looking back, I wouldn’t change anything for the world.

“It was the best decision for me. I’m looking forward to keeping on going and seeing where it takes me now. I’ve really enjoyed my journey so far and I really look forward to the journey in the future.”