Ulster signed off on their involvement in the PwC IRFU Under-18 Women’s Interprovincial Series with a thrilling 12-5 win over Connacht at MU Barnhall RFC.

A first half try from Sadhbh McGrath, and a late score from replacement Katie-Ann McCallion, were reward for a much-improved performance from Charlie Farrell’s side after a difficult outing last week against Leinster.

“We wanted a reaction and we got it,” said Ulster’s head coach. “To give away two yellow cards and still come away with a win is a credit to the girls and their work-rate.

“There was really good rugby from both teams and it’s a nice way to finish out the series.”

Connacht had the first scoring opportunity after seven minutes when Ulster were pinged for hands in the ruck. Éabha Nic Dhonnacha’s kick was short and Ulster were able to repel the follow-up.

Ulster thrived off the recycling of quick ball and some barnstorming runs from back rower Aisling McEnroe helped the northerners into Connacht’s 22.

A quick tap from captain Sarah Shrestha got Ulster closer still, and it was City of Derry flanker McGrath who got the ball over the line after 29 minutes, with Moya Hill converting. 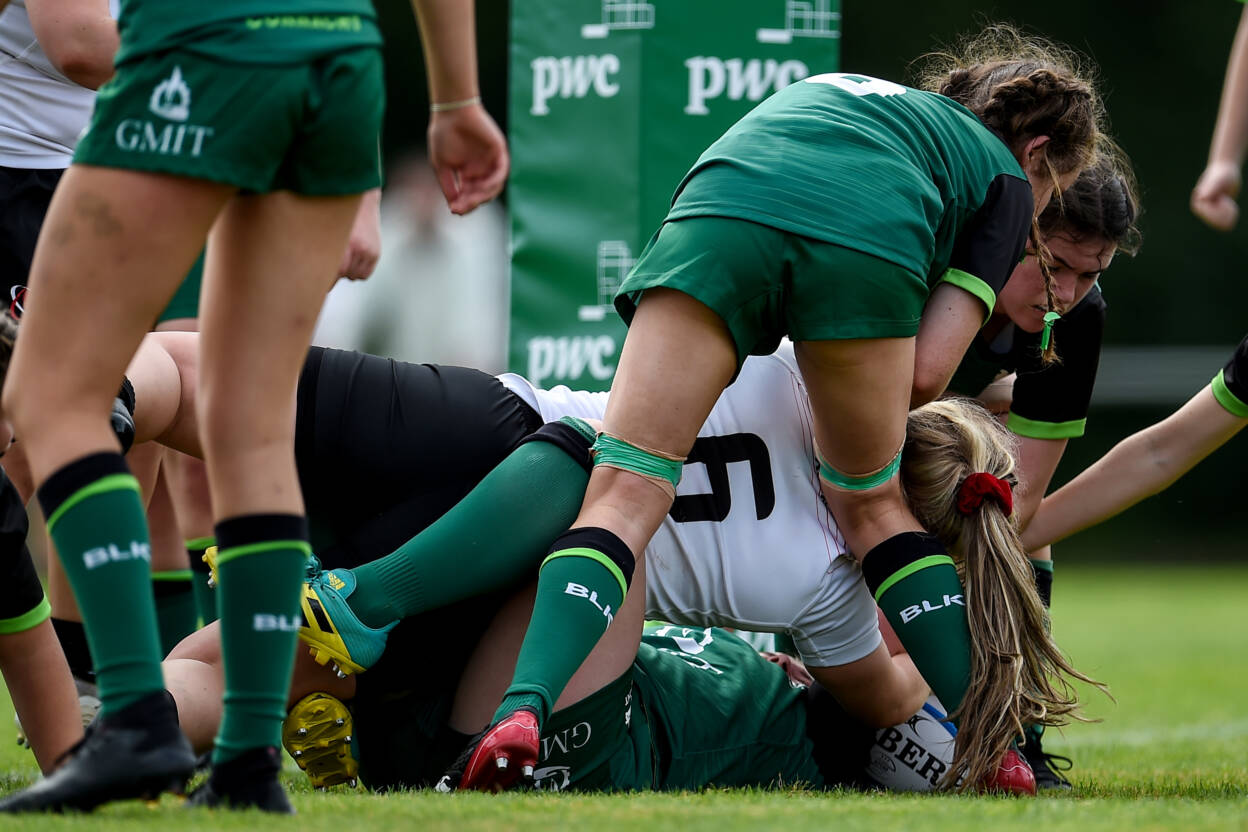 It was a wake-up call for a Connacht side whose performances in the first two games of the Championship were characterised by energy and commitment in defence.

Clodagh Powell went close before half-time and a break from Aibidh Ní Mháille after the restart put Connacht on the front foot.

It was a frenetic second half which saw Ulster’s McGrath and Jana McQuillan both sin-binned. They looked to have weathered the storm until a solid scrum and a crash ball from Nic Dhonnacha led to Roisin Maher driving through from five metres out.

The Connacht tighthead was unstoppable and despite the missed conversion, the Fraser Gow-coached westerners looked like a team with the gas to go on and win the game. 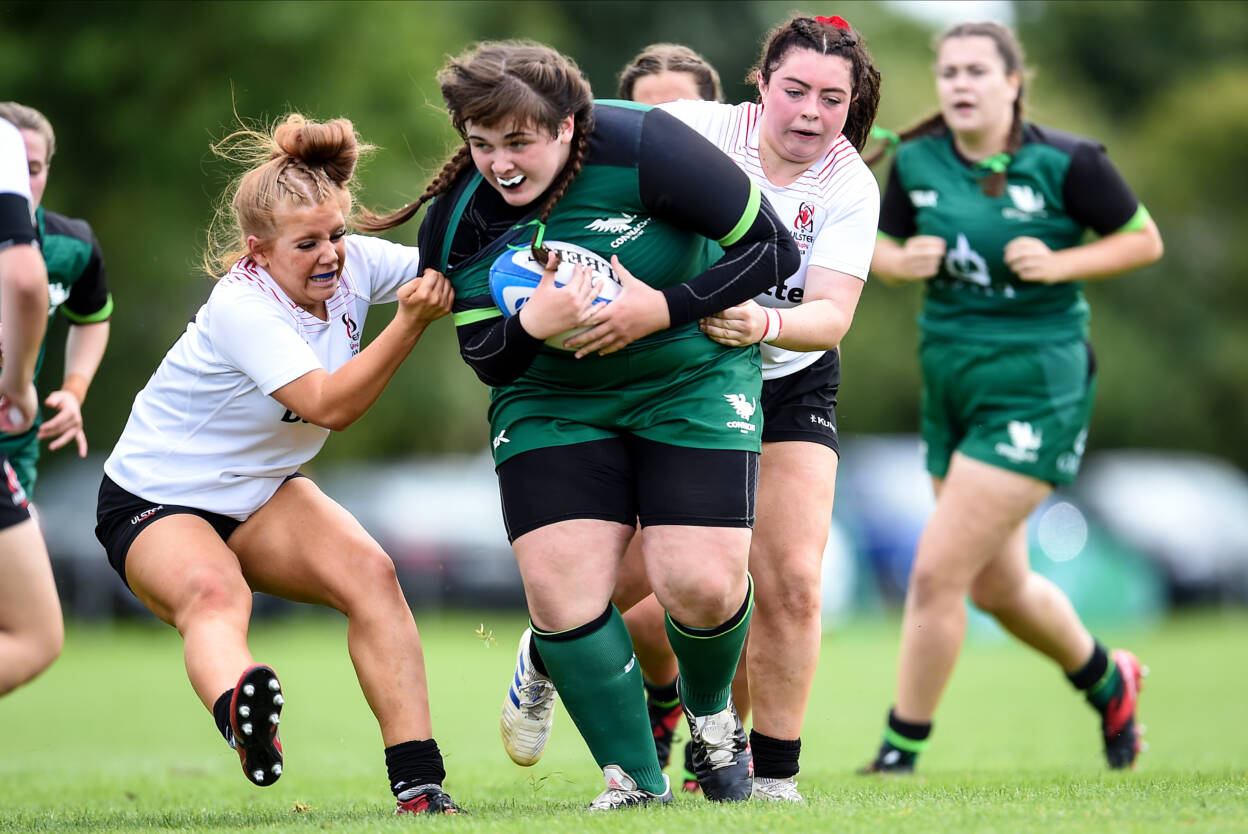 However, Cara O’Kane and Sophie Barrett had combined well to unlock Connacht’s defence and a scything run from McQuillan almost put Sophie Meeke away.

Ulster were forced into touch but got the ball back for Malone’s McCallion to finish under the posts with the last play of this hard-fought contest.

“It’s been a long 18 months without a match,” said a relieved Shrestha, the Ulster skipper. “Our first match wasn’t what we expected of ourselves and it was good to get a win against Connacht.

“We tackled well and we defended as hard as we could. On the ball we tried to go with it as much as we could. I think everyone is just excited to get back.”

Farrell says it has been a steep learning curve for the players after missing out on so many development opportunities over the past 18 months.

“We’ve got girls here that have never played 15s before,” he explained. “It’s been unbelievable for them to come in and progress so much over 10 weeks.

“The forwards have pushed on with the technical skills and the girls who have played with us before – you can see how much their game understanding has progressed. It’s a credit to the work they do.” 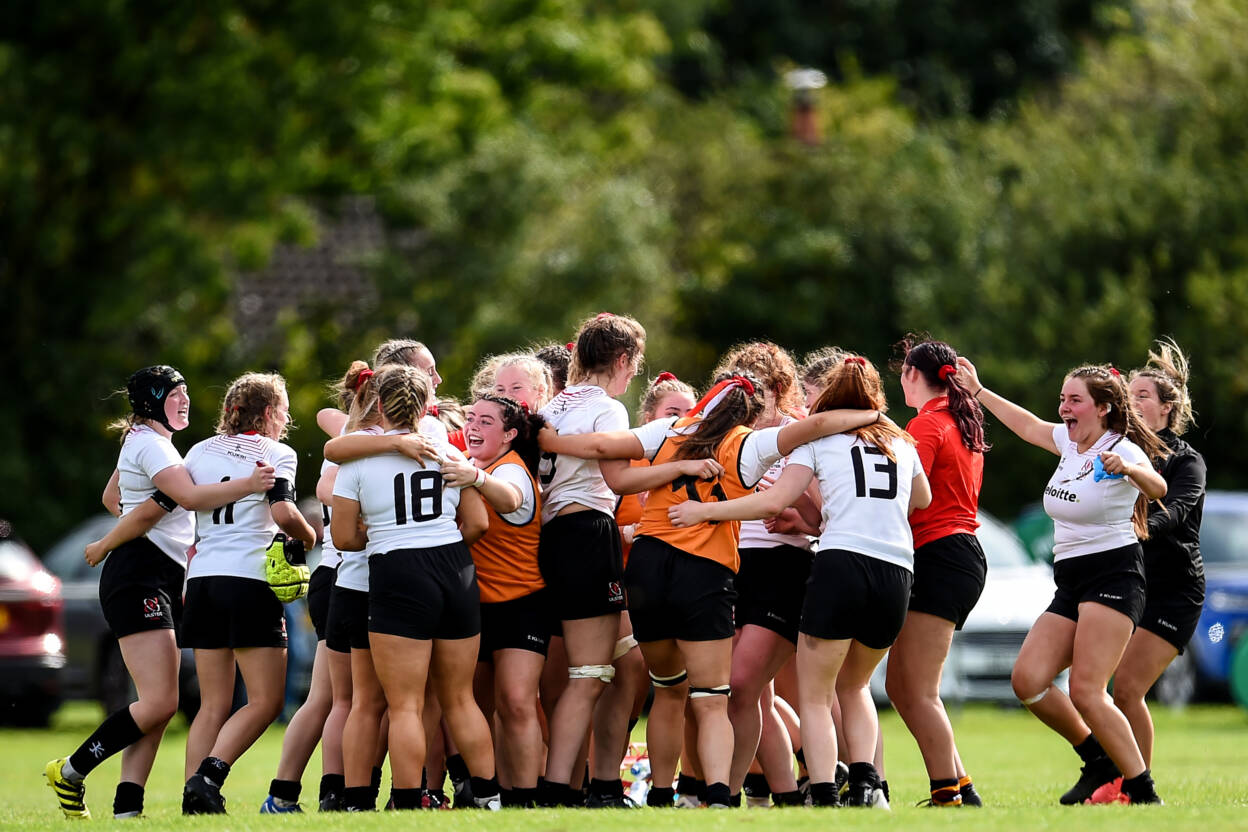