A strong first half performance drove Munster to their opening win of the PwC IRFU Under-19 Interprovincial Championship, but their defence was thoroughly tested by Connacht.

Round 3: Leinster Complete Unbeaten Run To Win U-19 Interpros

Henry Buttimer’s 58th-minute intercept try was enough to get Munster over the finish line, after they had led 17-7 at half-time.

It was three tries apiece in the end at Dubarry Park, Connacht launching a late surge for a levelling score but falling just short.

Luck has not been on the westerners’ side during this campaign, today’s result being their third narrow defeat on the back of three-point losses to Ulster and title winners Leinster.

Eager for action after last week’s postponement against Ulster, the Munster youngsters race into a 17-point lead up to the first water break. 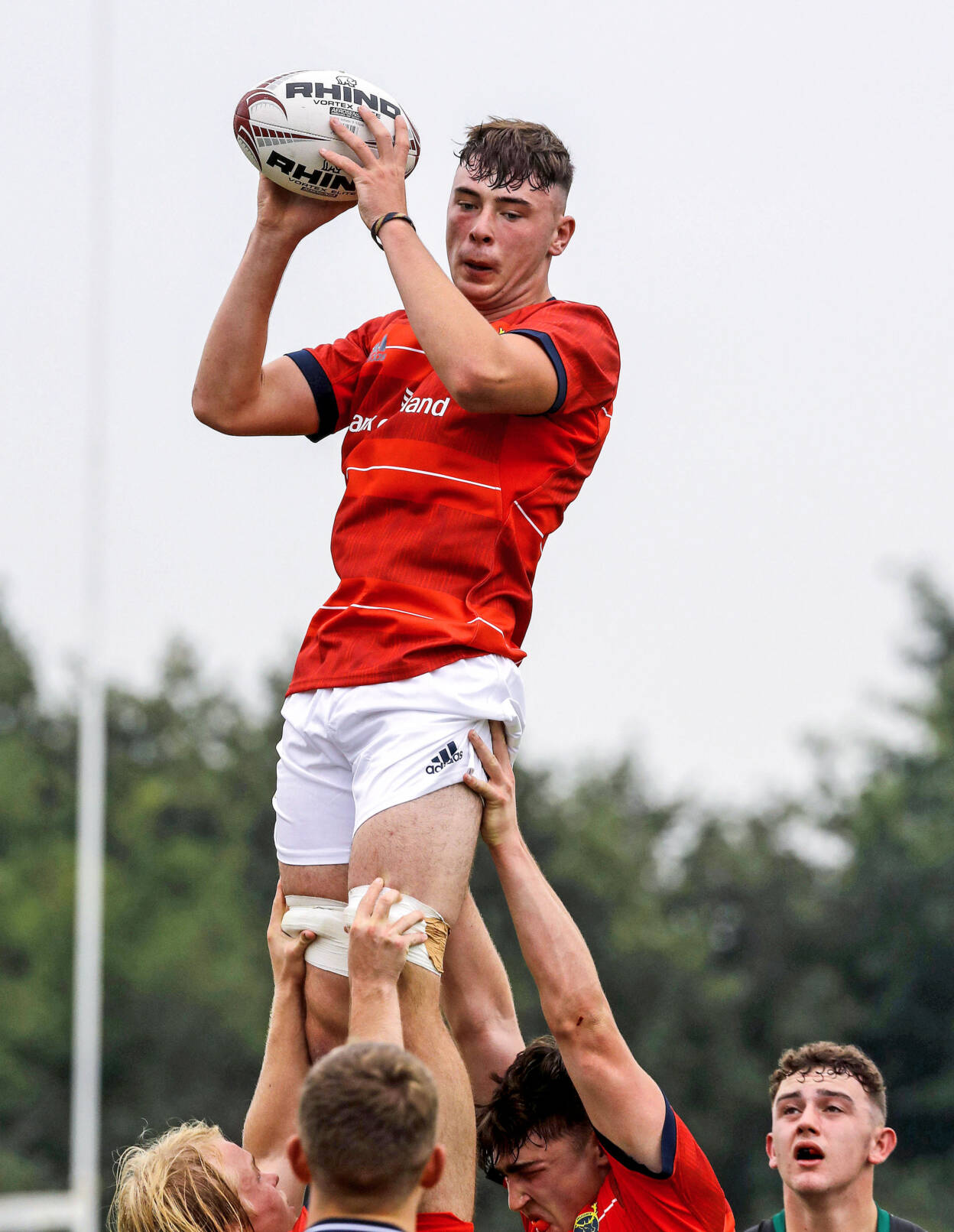 A second try followed on the quarter hour mark as Fiach O’Loughlin’s side took control. Luke Doyle kicked ahead and sped through to touch down, with scrum half Oliver again converting.

Connacht responded in the 27th minute when Munster failed to clear their lines. Galwegians’ Andrew Sherlock got in to score a try, converted from the right by Harry West, his half-back partner.

It gave the Gavin Foley-coached hosts a foothold in a game that could easily have drifted away from them. Ten points was the difference when the half-time whistle sounded. 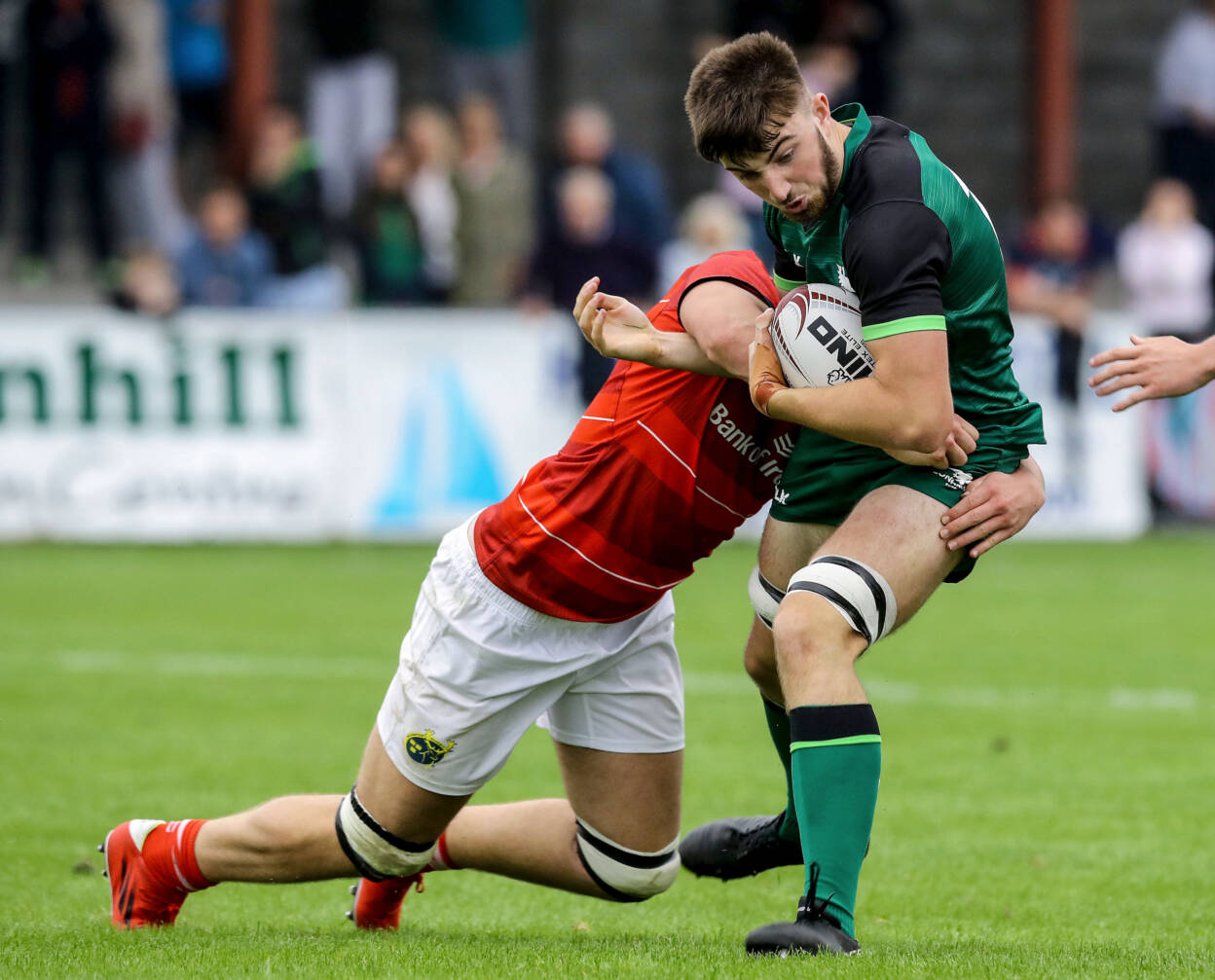 The outcome was still in the balance as the game headed towards the hour mark. Munster, though, made what looked like the crucial breakthrough of the second half.

Clonmel winger Buttimer brilliantly picked off a wayward Connacht pass and ran half the length of the pitch to score under the points, giving out-half Jeff Williams a simple conversion.

The half was 32 minutes old when Connacht cut through with an intercept of their own. Skipper John Devine was the beneficiary as he raced to the corner for an unconverted effort. 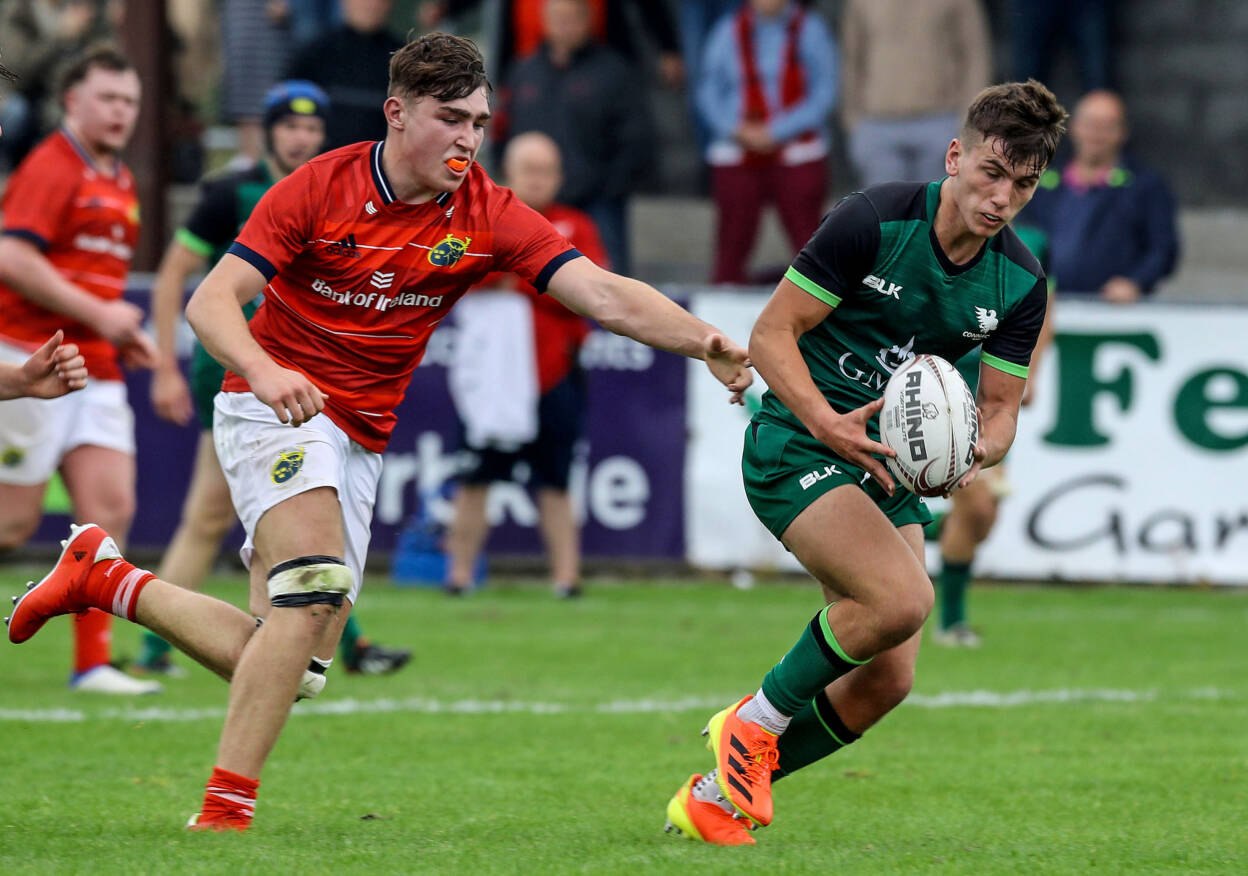 It looked like a consolation score but, impressively, more was to come from the boys in green as they bagged another try just three minutes later.

Ballina out-half West, a leading light for Connacht across the Championship, broke through for his third try of the campaign. He converted to take his tournament haul to 32 points.

A grandstand finish was now in prospect with only five points in it. West kicked for the corner on two occasions as Connacht pressed for another try, but Munster stood firm.

In the dying seconds, Connacht worked the ball across the line in search of a gap, only for the solid Munster defensive wall to swarm in and hold the ball up.