Two-try centre Michelle Claffey typified Leinster’s desire to hold onto their Vodafone Women’s Interprovincial title in a 17-12 victory over Connacht at a sun-kissed Sportsground.

With Vodafone’s sponsorship boost and TG4’s historic live TV coverage, this was an ideal shop window for the provinces’ emerging talents and fringe internationals to shine – particularly in the absence of their Ireland stars.

Offaly native Claffey took her chance to cross in each half, her 67th-minute close range effort putting Leinster ahead for the only time in a game that this young Connacht side had the winning of.

The hosts led for most of an absorbing first half, flanker Meadbh Scally squeezing over in the seventh minute and influential centre Shannon Touhey combining with captain Mary Healy for try number two.

However, despite a slow start, new-look Leinster got back level at 12-all. Jennie Finlay scored in the corner, taking advantage of Healy’s yellow card, and a classy 40-metre run-in from player-of-the-match Claffey came just before half-time.

The Ireland-capped Claffey and Jenny Murphy, who now operates in the back row, played key roles as Leinster edged a scrappy second half.

Claffey’s leg-pumping run was the highlight before her decisive try as the reigning champions ensured a winning start for new head coach Phil de Barra. 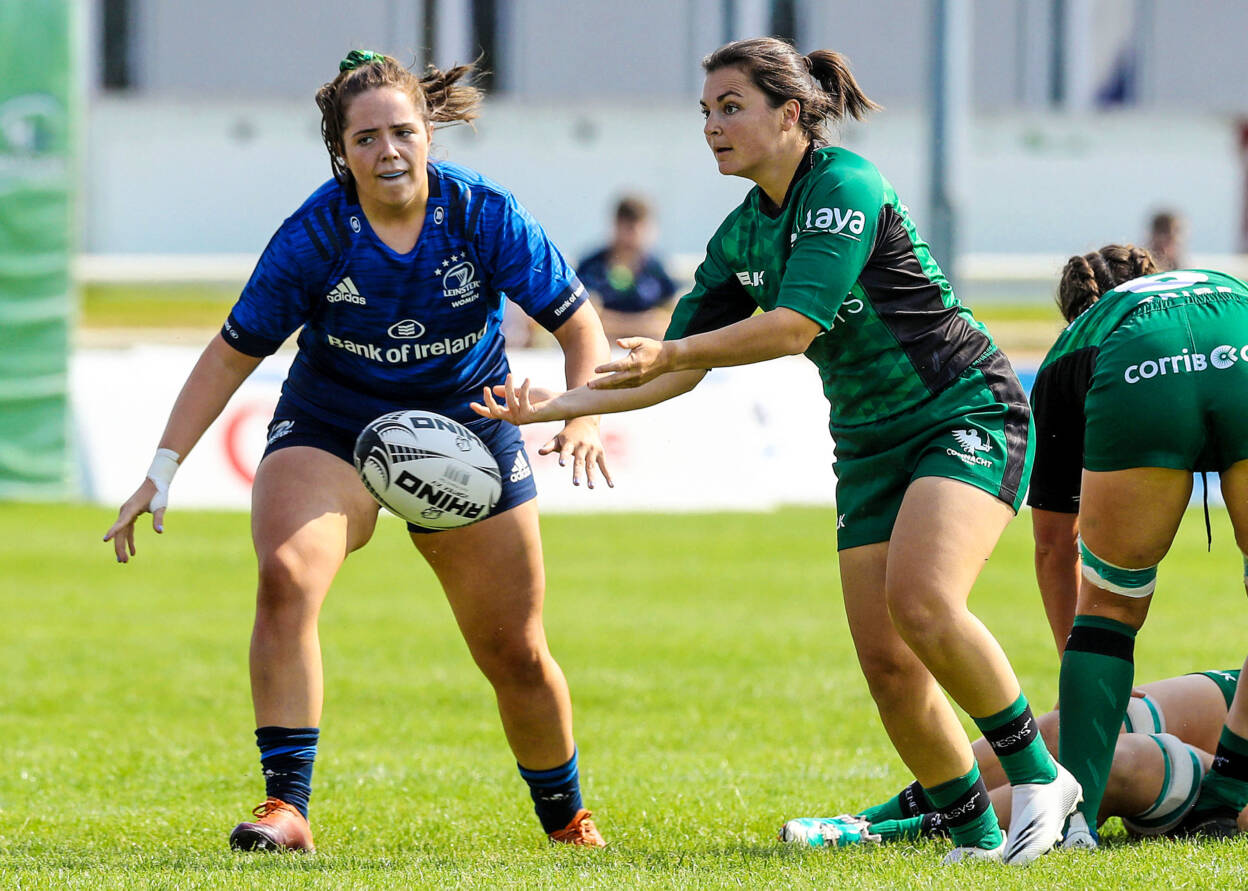 It was new Connacht boss, Ross Mannion, who was much the happier early on. Claffey did really well to deny Nicole Carroll a try with a thunderous tackle, before the home pack carried hard to break the deadlock.

Picking from a close-in seventh-minute ruck, Scally powered through a small gap for Nicole Fowley to comfortably convert, the home crowd responding to their team’s fast start.

Nonetheless, Connacht scrum half and skipper Healy saw yellow, towards the end of the opening quarter, for coming in off her feet when the ball was not out of a Leinster ruck.

Mannion’s charges defended tigerishly, holding up Ali Coleman in the 22nd minute after the visitors had won successive penalties in the 22. 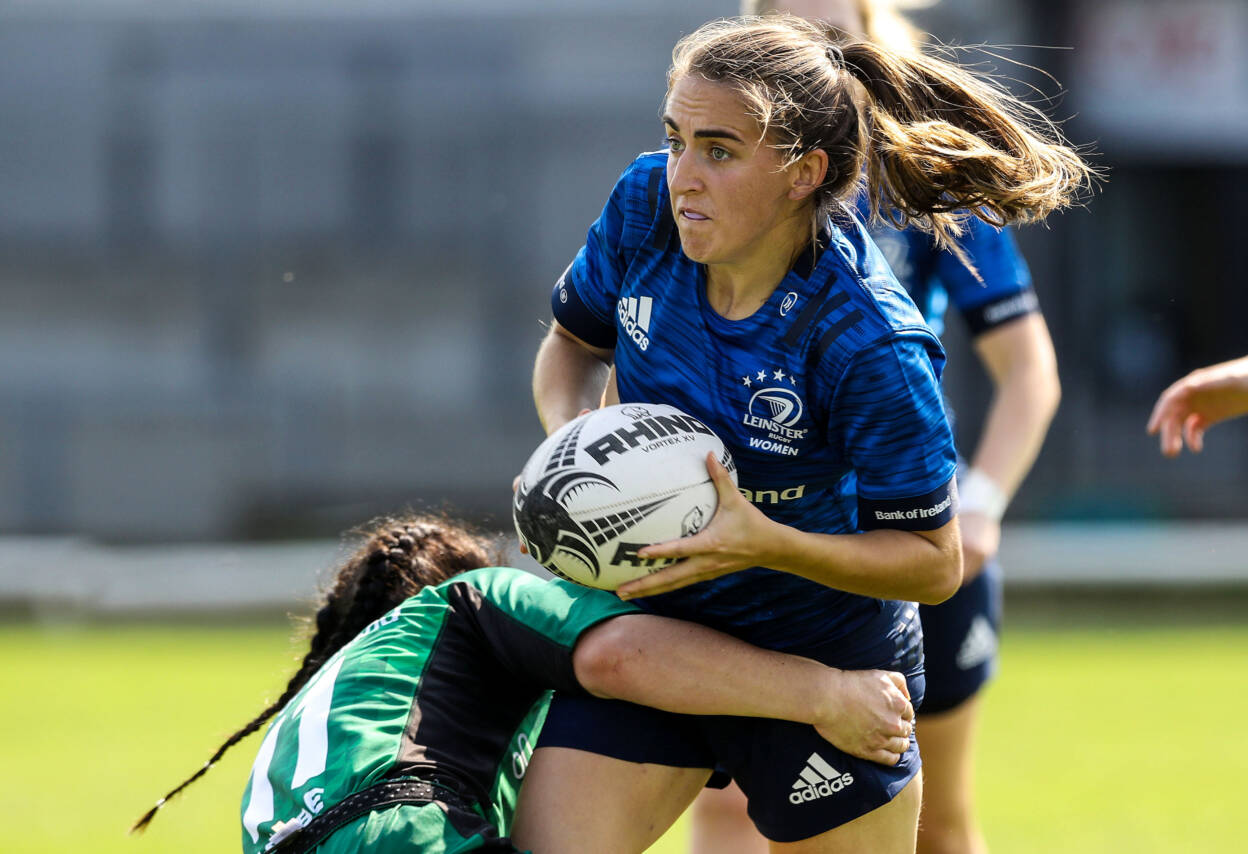 Yet, straight from the resulting drop-out, Grace Miller’s clever pass put Murphy into space and she had Finlay on her outside to finish off an opportunist attack out wide.

Murphy’s missed conversion left it 7-5, and Connacht picked their moment to move the gap back out to seven points.

The strong Connacht centre increased her influence soon after with a big tackle on Meabh O’Brien to earn turnover ball. Again though, Leinster were able to show their quality just at the right time. 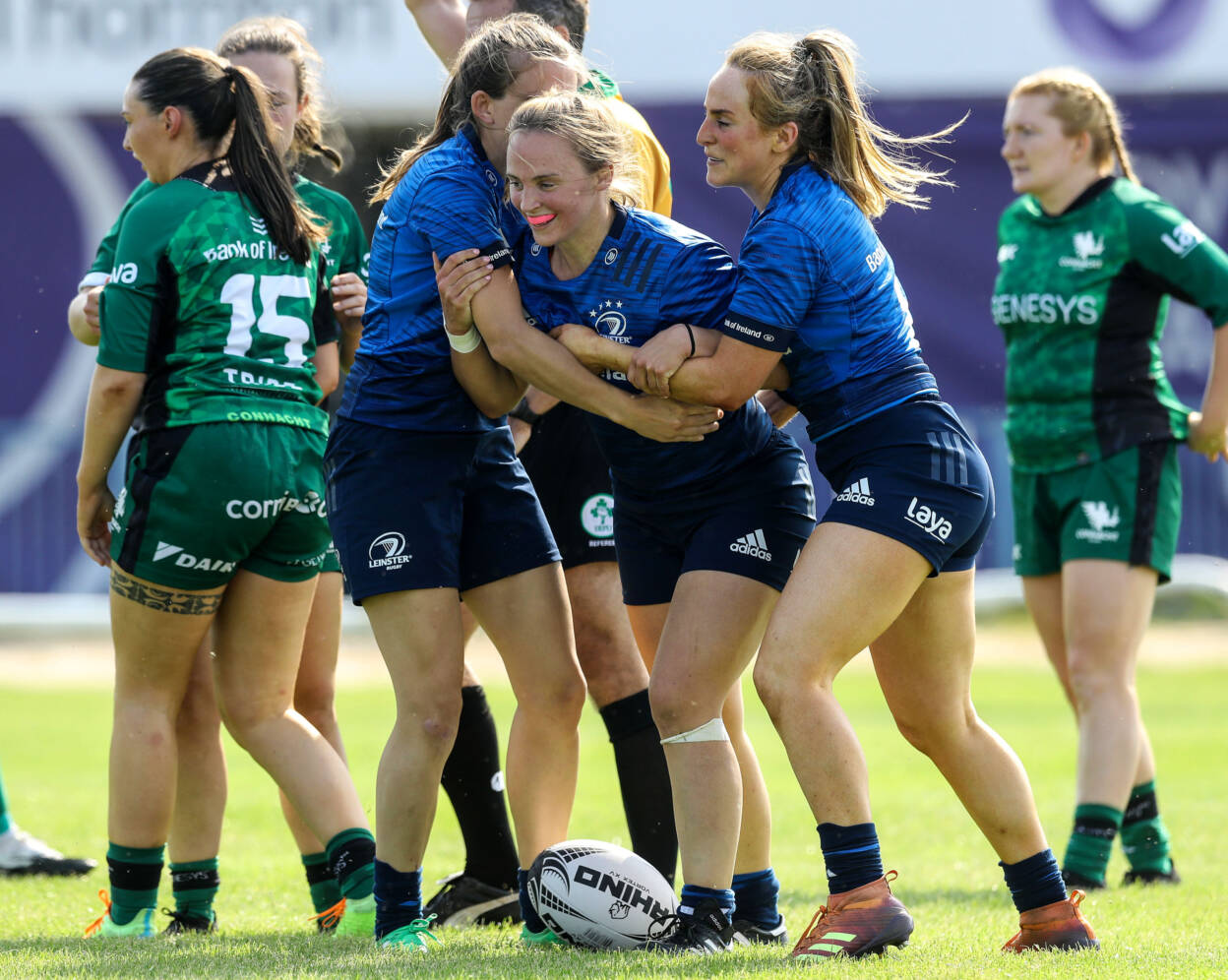 Defences were on top in a tight third quarter, Fowley finding a very good touch with a well-placed kick before Caoimhe Molloy was quickly in at the breakdown to win a Leinster penalty.

Murphy inspired the visitors with some terrific counter-rucking, while her opposite number, Kate Feehan, made the hard yards for Connacht once they got back inside the Leinster 22.

Poorer off for territory, it took another slashing break by Claffey to reignite the Leinster attack past the hour mark. 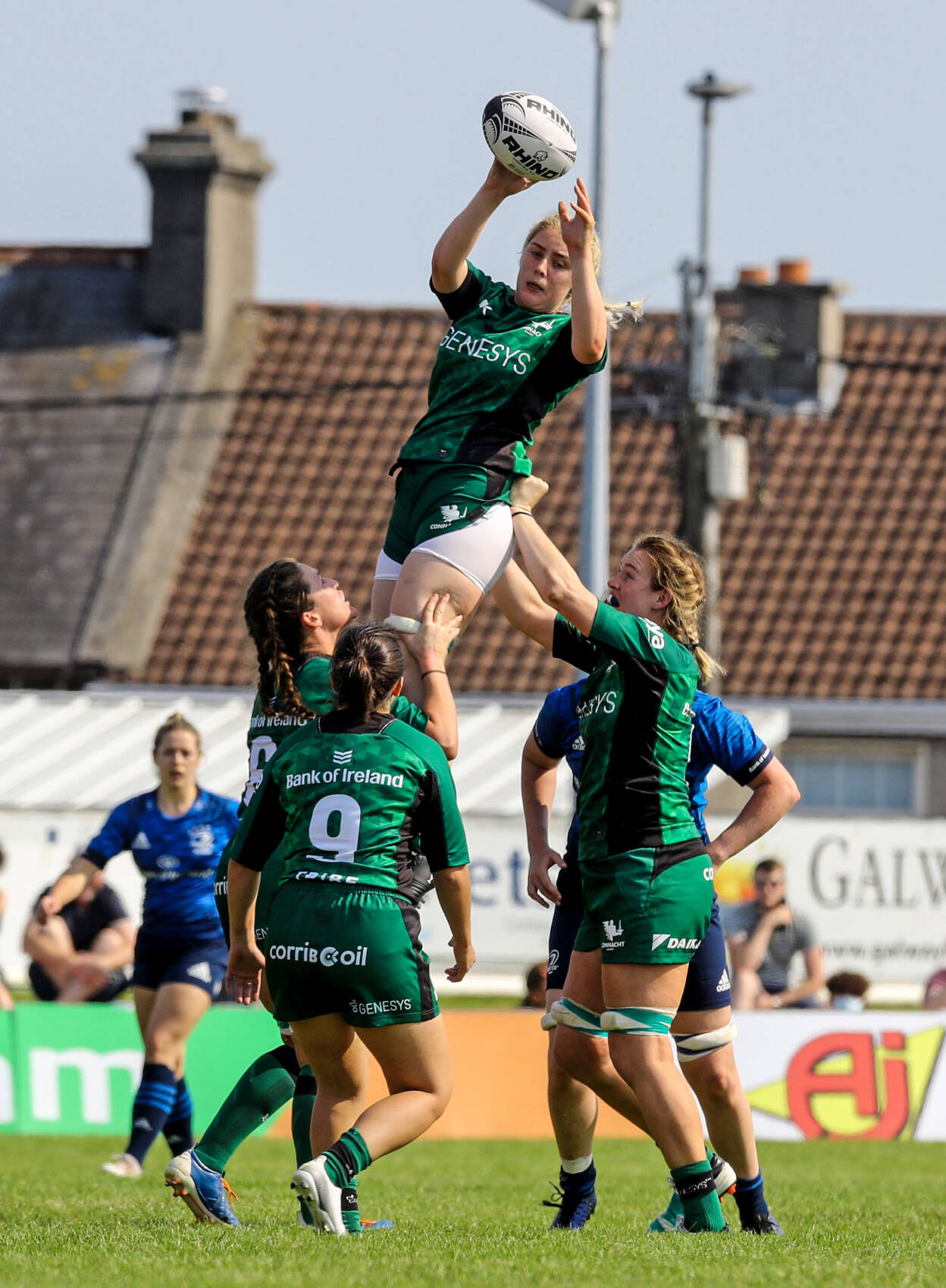 Lively replacement Ella Roberts followed up and was stopped short, but Claffey managed to bounce off a couple of defenders to claim a deserved second try.

The versatile Murphy could not add the extras from the left, but the unconverted score proved to be a match winner.

Leinster came closest to scoring again late on, eager winger Miller threatening from a Murphy kick but Connacht’s Orla Dixon was first to the ball.