A proud sponsor of Irish Rugby and the official car partner to the IRFU, Opel Ireland has welcomed Amee-Leigh to Team Opel in her new ambassador role, as she and her Ireland team-mates prepare for September’s European Qualifier for the delayed Rugby World Cup 2021.

Emma Toner, Opel Ireland Marketing Director said: “As a proud sponsor of Irish Rugby, we seek to maximise our partnership with the IRFU and the appointment of a brand ambassador is a natural step for us to take to further align ourselves with the rugby arena.

Amee-Leigh is a passionate, driven young woman. A widely acclaimed and talented rugby player, she is the perfect Opel ambassador and equally, a strong role model for Irish women. I welcome her warmly to Team Opel and wish her continued success in her rugby career.”

Capped at 7s and 15s for Ireland, Amee-Leigh began her illustrious rugby career aged 15 in her local club Clanwilliam. She was selected for the Munster Women aged 18, quickly identified as a talent and invited to play with the Ireland Women’s Sevens.

In 2020, the new Opel ambassador returned to playing 15s rugby, as rugby sevens matches were on hold due to the COVID pandemic. Called up to the Ireland 15s team for the 2021 Women’s Six Nations, Amee-Leigh’s strong performance against Italy helped Ireland to finish third overall. 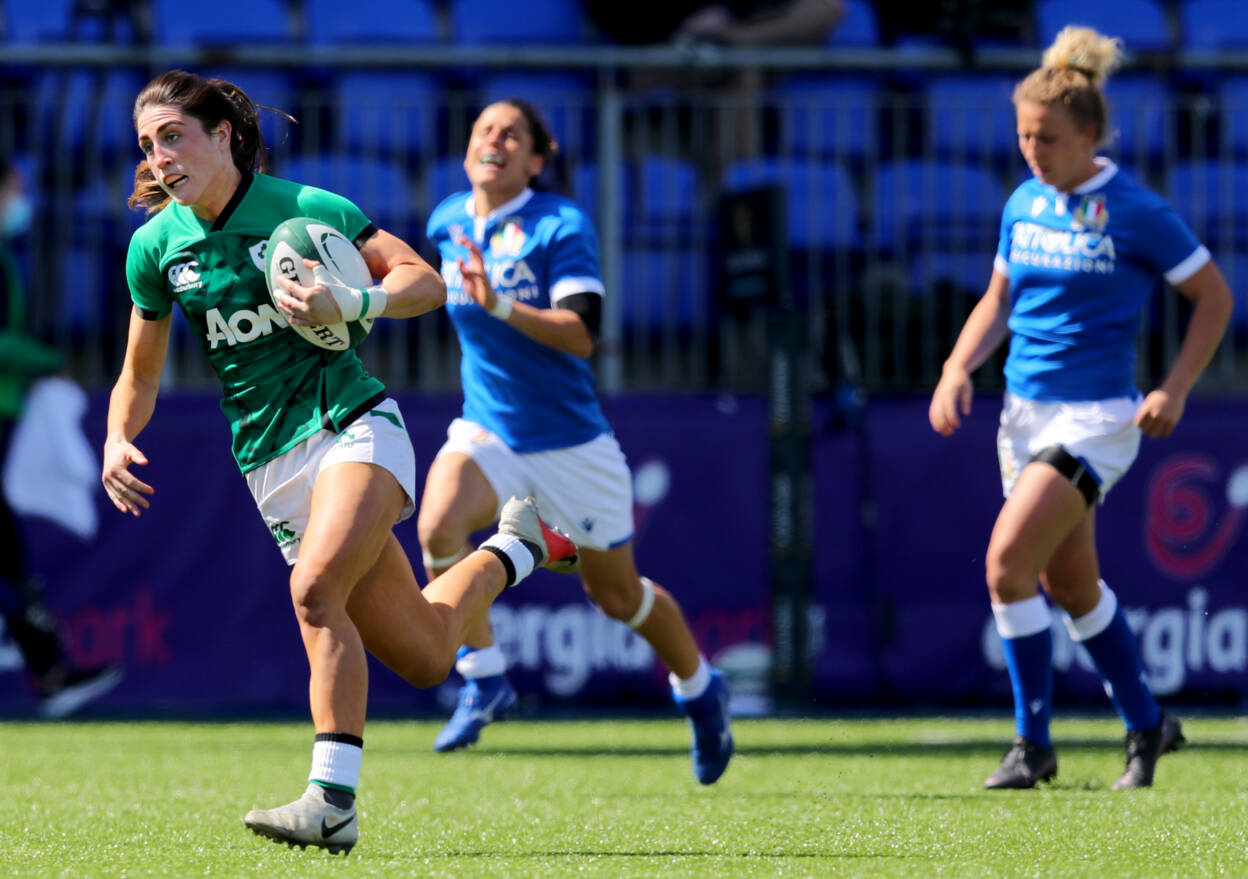 Speaking at Aviva Stadium, at the presentation of her new Opel Mokka, Amee-Leigh Murphy Crowe said:

“I feel honoured and privileged to become part of the Opel Ireland team. As Opel brand ambassador, I’m very excited to see what our relationship holds for the future and I look forward to us making further announcements about a special Opel project in the very near future!”

She continued: “The minute I set eyes on the Opel Mokka I fell in love. The bold and stylish touch it has is amazing! It really is a pinch-me moment in my life being given this opportunity!”

Amee-Leigh and her Ireland team mates will be aiming to qualify for the delayed Rugby World Cup 2021 at the European Qualifying tournament in Italy with matches scheduled for the 13th, 19th and 25th of September. Ireland will compete with Spain, Italy and Scotland for a coveted spot in New Zealand next year.