Scoring the only tries through Makazole Mapimpi and Lukhanyo Am, South Africa were clinical in claiming a 27-9 second Test win over the British & Irish Lions in Cape Town.

22-17 winners of the opening Test, the Lions were held scoreless in the second half as the Springboks became increasingly dominant on the back of cleverly-worked scores from Mapimpi (44 minutes) and Am (60).

Disappointingly, Warren Gatland’s men had no answer to a ruthlessly efficient closing 40 minutes from South Africa, who take the series to a deciding third Test in Cape Town next Saturday. 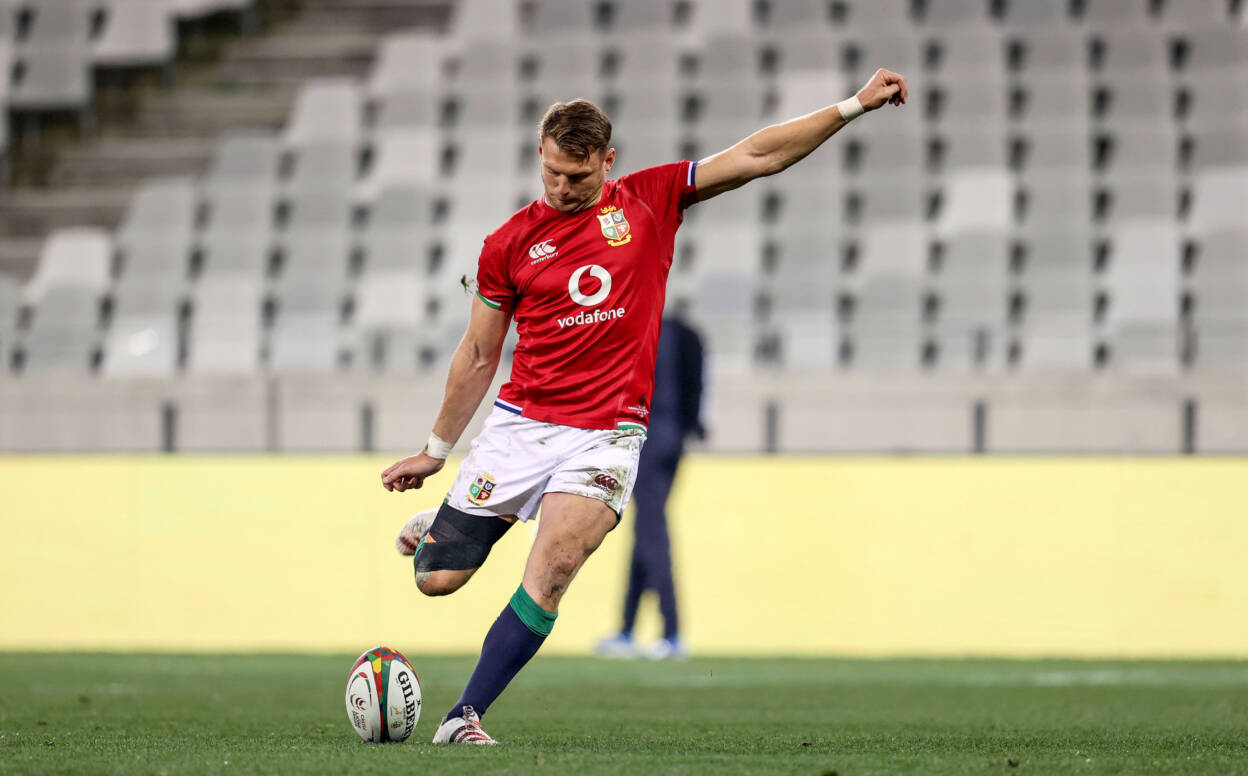 It was a hard slog of a first half, marred by long stoppages and some ill-tempered exchanges. Dan Biggar landed all three of his penalties for a 9-6 lead, his opposite number Pollard nailing two-out-of-three.

Notably, the Lions’ back-three struggled under the high ball as the game wore on, the ‘Boks used that hard-earned platform and the physicality of their forwards to hammer home their advantage. 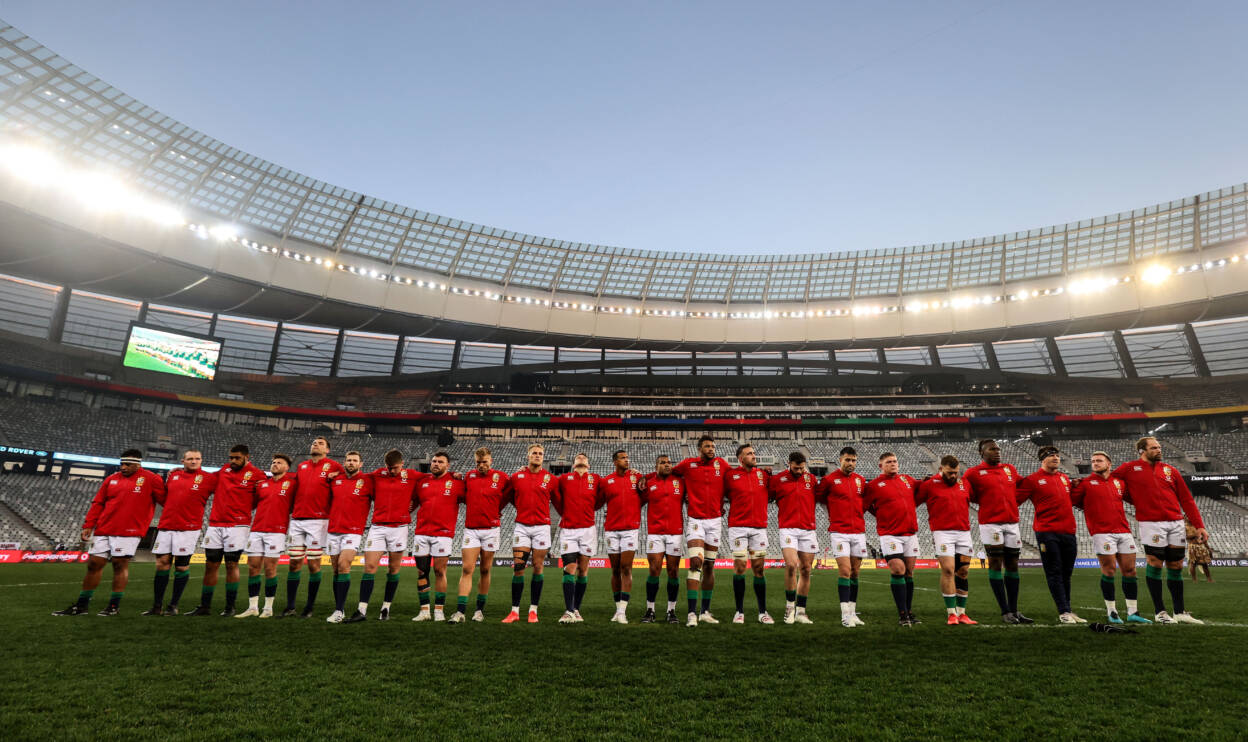 The ‘Boks quickly set about their task, testing the Lions maul defence before getting the ball wide to Kolbe. He was chopped down, but an offside penalty allowed Pollard to open the scoring in the third minute.

A promising scrum position led to the Lions’ response, with the newly-included Jasper Wiese guilty of a no-arms tackle on Luke Cowan-Dickie. Biggar levelled with the close range kick.

With the likes of Henshaw and Jack Conan getting more ball in hand, the Lions made further ground and a fifth successive penalty against the ‘Boks allowed Biggar to make it 6-3 on the quarter hour mark. 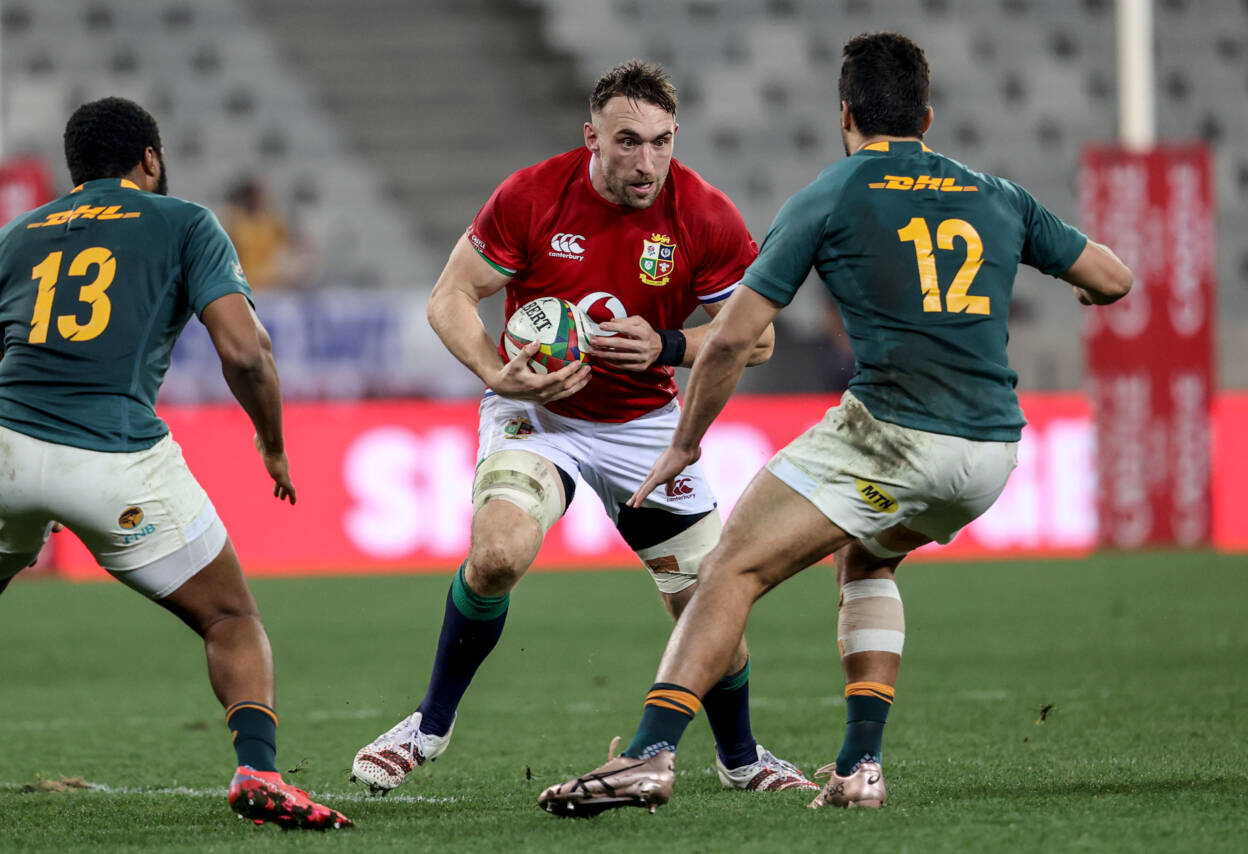 Some strong counter-rucking from Munster’s Damian de Allende gave the hosts the opportunity to swiftly reply, but Pollard dragged his effort wide from the left wing.

Despite losing the prominent Pieter-Steph du Toit to a shoulder injury, Jacques Nienaber’s side launched forward from a scrum penalty and played with increasing width, looking for the lightning-quick Kolbe.

Indeed, the diminutive winger was caught on halfway by a foot trip from van der Merwe, who was binned following the TMO review.

Crucially, good pressure at the lineout – Courtney Lawes got up to challenge – forced a turnover for the Lions, and there was some more pushing and shoving after Murray was taken out in the air by Kolbe.

Lions skipper Alun Wyn Jones and Eden Etzebeth had squared up inside the opening minutes, and this latest melee saw players from both sides getting involved. Kolbe’s eventual yellow made it 14 against 14.

The scrappiness was blighting play, although the Lions attack was beginning to make inroads. A Maro Itoje lineout steal led to some lovely hands across midfield – Conan and Henshaw were both involved – before a knock-on at a ruck handed possession back.

Pollard was back on target with a fine long range strike from the right, bringing his side level at six points apiece.

Henshaw then took centre stage, gobbling up a long lineout throw and then Tadhg Furlong carried hard, drawing in Mapimpi for the concession of a penalty.

The ‘Boks pinched the resulting lineout, but Itoje drove Etzebeth over the line to earn a five-metre scrum. The Lions kept pressing, Murray’s clever kick over the top putting Henshaw a whisker away from scoring that elusive first try. 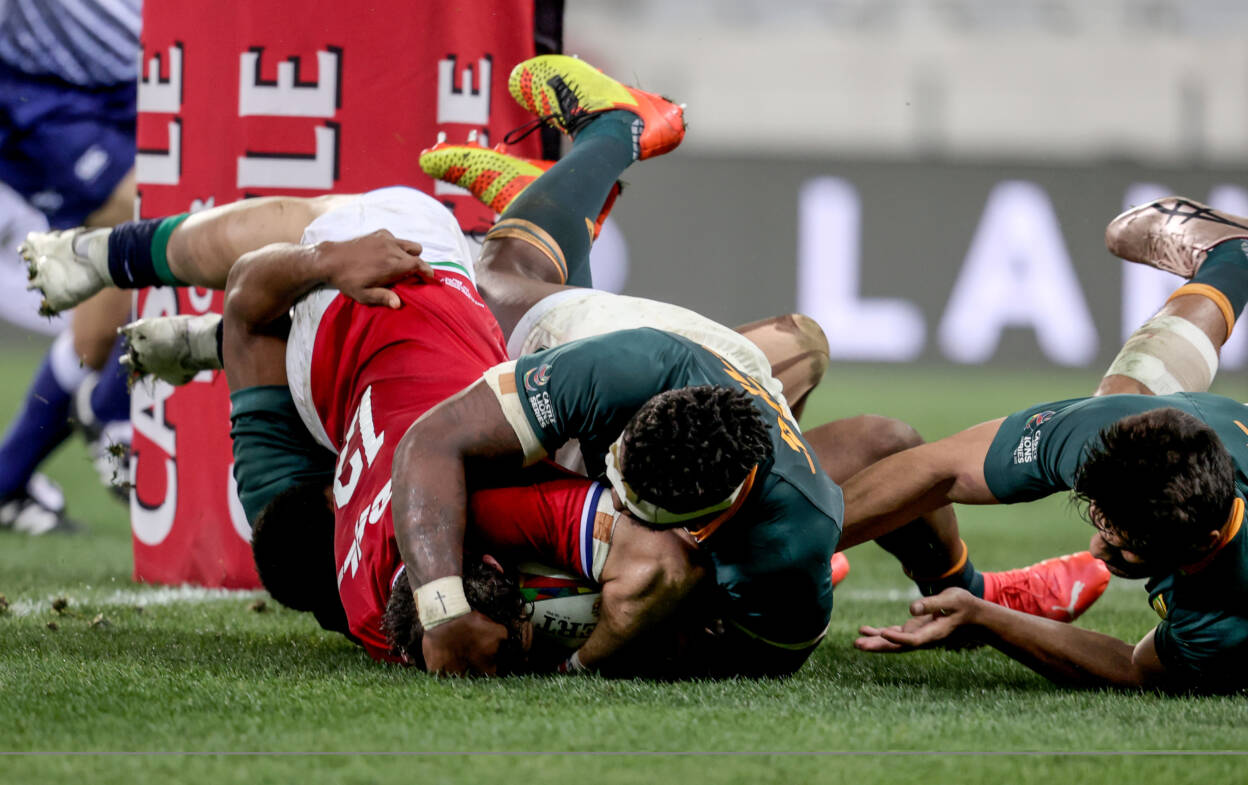 Three South African defenders swarmed in as the Athlone man collected the kick, the excellent Kolisi doing just enough to prevent a clear grounding. There was a prior penalty, though, and Biggar tapped over for a 9-6 lead.

The ‘Boks were the better side when play resumed in the second half, forcing a scrum penalty and pinning the Lions back.

Pollard’s pinpoint kick out to the left found Mapimpi, tonight’s player-of-the-match, who brilliantly evaded both Anthony Watson and Stuart Hogg to score. Pollard was unable to convert.

Biggar also misfired from the tee in the 51st minute, hitting the left hand post after South African replacement Kwagga Smith was guilty of not releasing after the tackle. 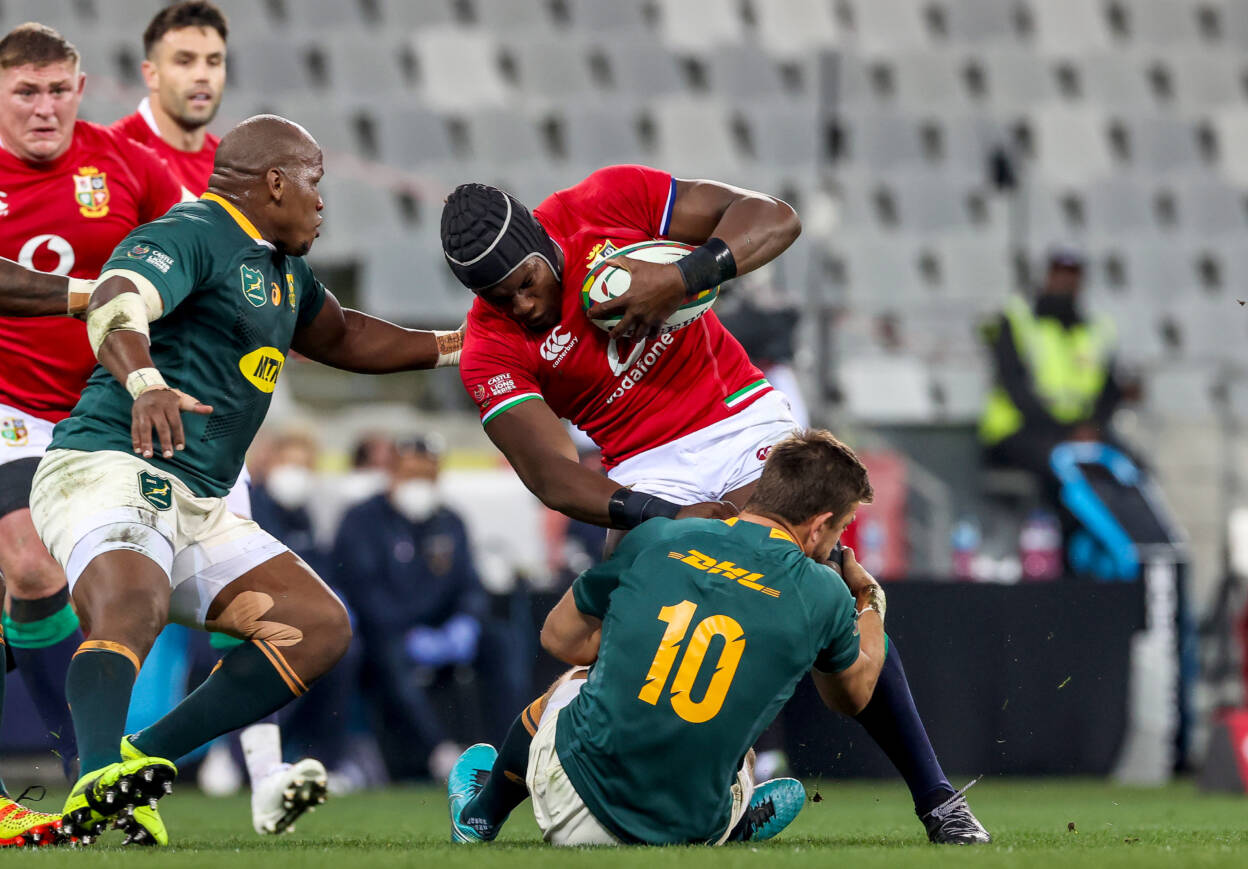 The third quarter looked to be petering out with neither team able to profit from aerial bombs, although Scotland’s van der Merwe was coming under increasing pressure.

The Lions changed their entire front row and also brought on Owen Farrell and Ali Price at half-back, with the outcome of the Test still delicately poised.

Right on cue, the ‘Boks produced a monster maul to get into scoring range. Faf de Klerk took over by threading a lovely grubber kick in behind the posts for Am to dot down before the end-line.

After TMO Marius Jonker confirmed the grounding, Pollard added the extras to suddenly open up an 18-9 advantage.

Key too to South Africa’s surge was their impactful bench, most notably lock Lood de Jager. Adding to their frustration, the Lions were now giving away more penalties and their handling errors increased to ten.

The ‘Boks’ impressive work on contestable kicks, combined with the pack’s undeniable grunt, earned another penalty chance on the 70-minute mark. Pollard secured the three points with a well-struck shot from the left flank.

Ireland’s Tadhg Beirne got on for his second Lions Test appearance, but South Africa made it 21 unanswered points with two closing penalties from their influential number 10. 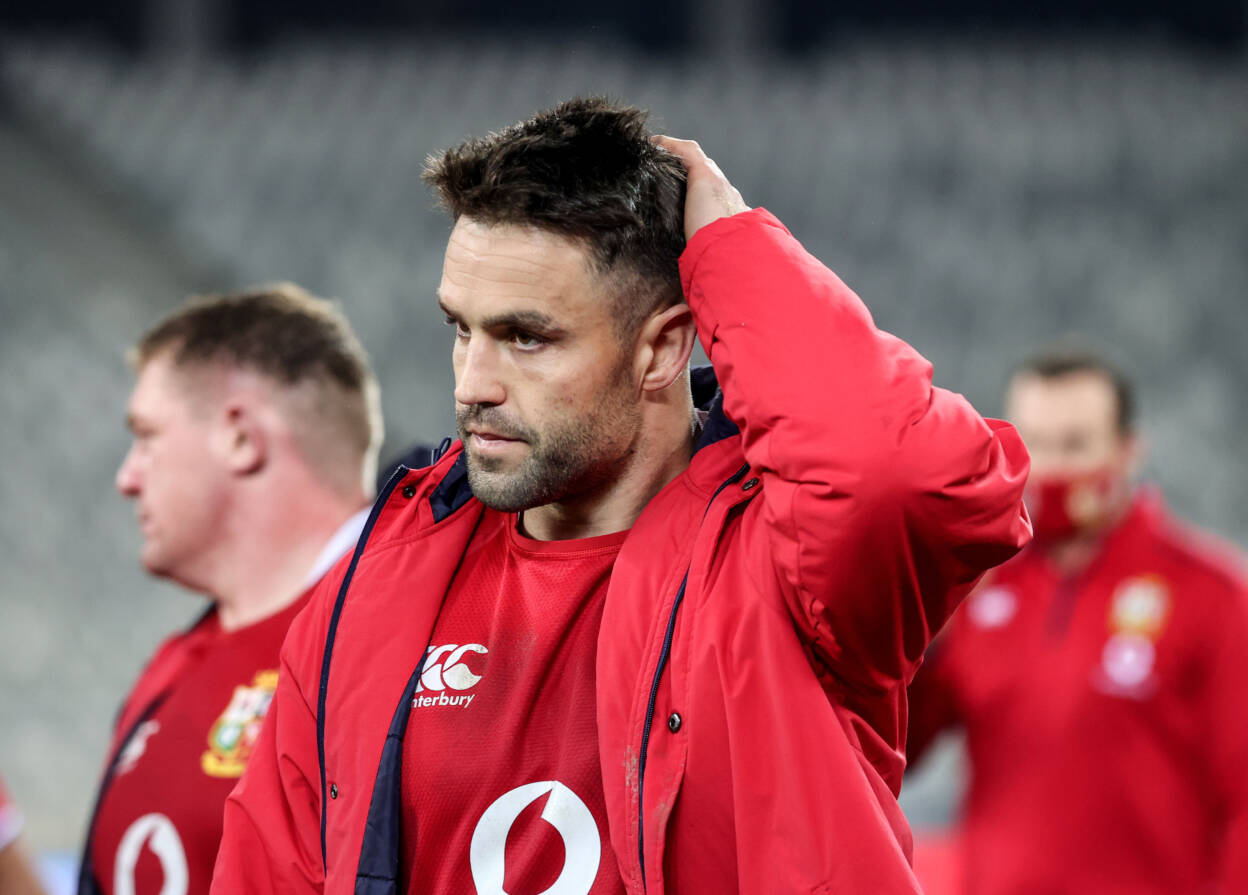