She may still be a few months shy of her 20th birthday, but Ireland Women’s star Beibhinn Parsons has already left a considerable impression on the international rugby scene.

Back in November 2018, the Galway native made her Ireland 15s debut at just 16 against the USA – becoming the country’s youngest ever senior international in the process. In just 11 appearances to date in green, Parsons has scored five Test tries, including a brace away to Wales in this year’s Six Nations.

A product of Ballinasloe RFC in east Galway, it was evident from a very young age that Parsons possessed the attributes required to evolve into a top level performer.

Speaking in her capacity as the Women’s Development Officer for North Connacht, Emer O’Dowd is hopeful more players of the teenager’s calibre can spring up right across the province.“Wendy Hickey, who covers that side of the country, would have spotted her from nearly the beginning and she would have said to me, ‘this girl is going to go all the way’,” explained O’Dowd.

“She’s very athletic, her skills are excellent. She has sort of skipped over a pathway because she’s that good. Seeing Beibhinn run out on the TV – ‘if you can’t see it, you can’t be it’, I completely agree with that tagline. 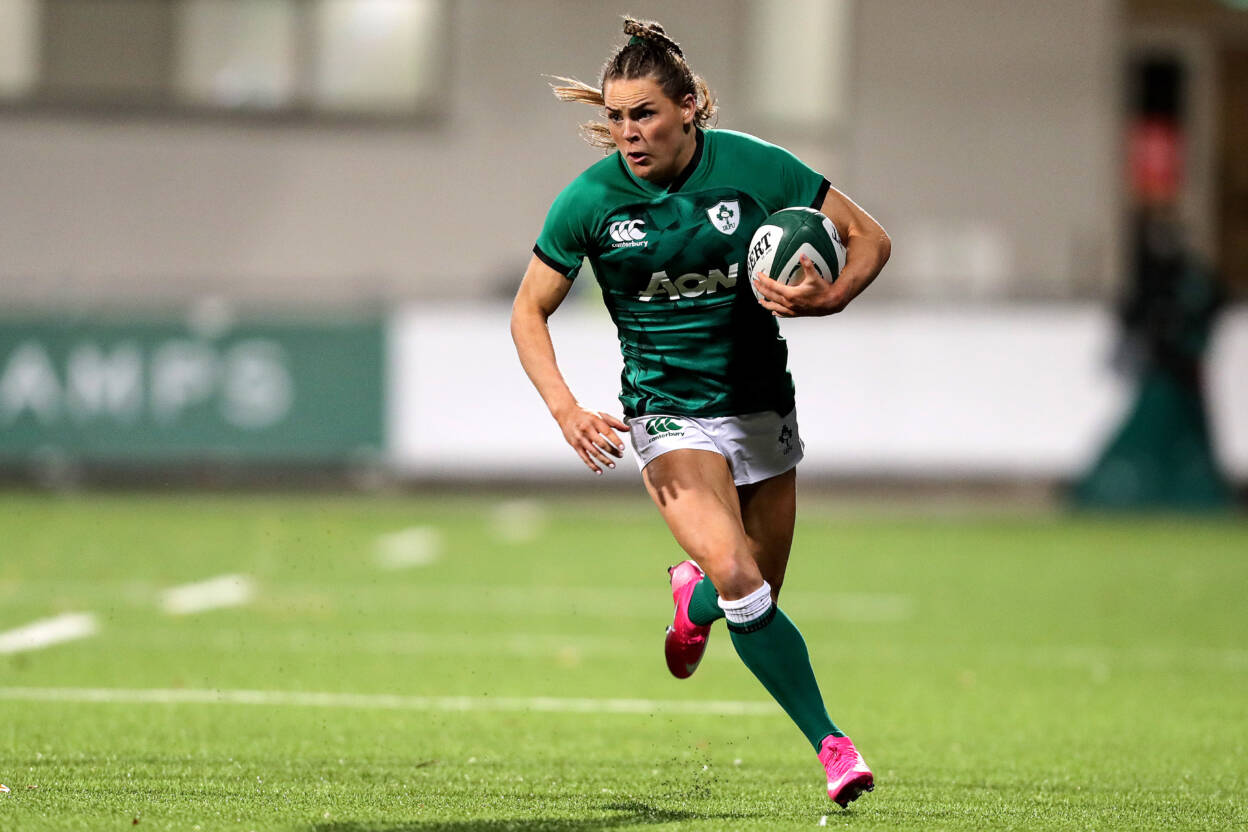 “You have to live it and we live it through Beibhinn, and all the other girls that would have come through Connacht and around the country. They’re accessible to us. We know them. People know where Beibhinn comes from.

“We’ve a lot more Beibhinns to come. There’s talent out there. Especially with players that would have joined the pathway quite early. Irish Rugby can only get better  as we get more girls playing at a younger age. That’s where a programme like Give It A Try is so important”

By comparison to the likes of Parsons, O’Dowd’s own introduction to the sport came at a much later age. Originally from Balla in Co. Mayo – a small town located halfway between Castlebar and Claremorris – she spent the majority of her youth playing soccer and Gaelic football.

After moving to Galway in her early 20s, around the turn of the century, O’Dowd began a journey in the oval ball game that continues to this day.

“My uncle was a big advocate for me. He played with Corinthians, but he would have been involved in refereeing and then he became a referee assessor. He was always onto me to try and give it a crack.

“I missed Corinthians, so I ended up going to Galwegians. Walked in the front gate at ‘Wegians and haven’t looked back! I loved it, it’s a very addictive sport.

“Again, back then it was nearly like a second club. It was nearly a separate entity, we ran it ourselves. We got our own sponsors. We ran our own fundraising activities. Whereas now it’s all under the one umbrella.

“That’s a real Connacht thing as well. We want everything to be part of the club. Be it the male or female game. Rugby is rugby, regardless of gender.”

O’Dowd enjoyed a glorious end to her playing career in April 2012, captaining Galwegians to their first All-Ireland Cup title with a 13-7 final victory over Highfield. This swansong arrived four years after she first started working in Connacht as a Youth Development Officer. 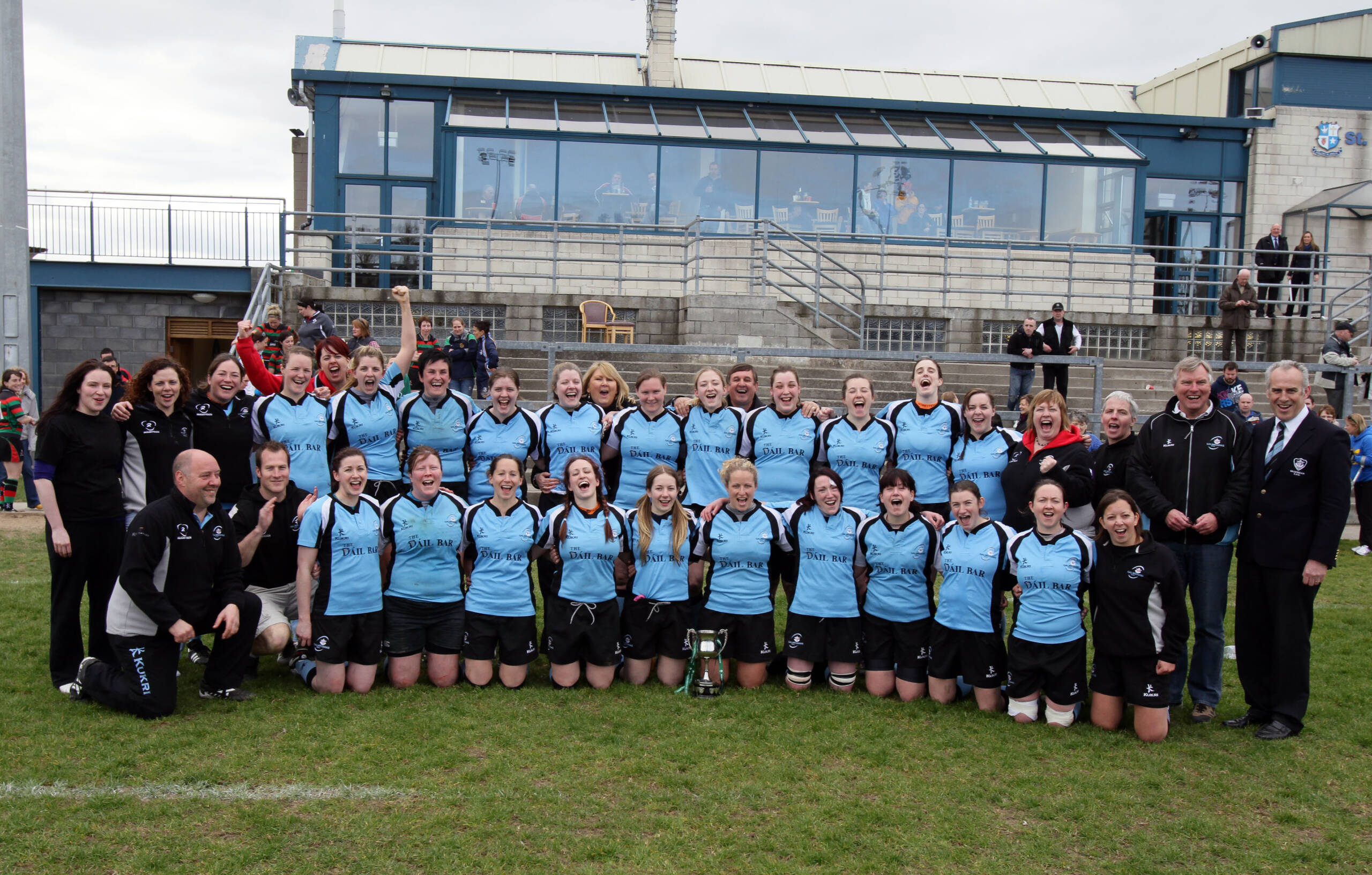 She went on to excel in a number of roles – including Project Officer – before taking up her current post in September 2019. As part of her remit, O’Dowd covers all five counties out west and has seen considerable growth in the Women’s game over the past 18 months.

“Some of the clubs are really thriving, the likes of Creggs, technically County Galway, but part of it is in Roscommon. They’ve a full pathway from minis all the way to youth,” she noted.

“The clubs have made massive gains in the game. The likes of Ballina and Westport. Westport has everything, all the way up to senior level. From my day, when I started playing, we just about had an adult team.

“Now clubs have full pathways. I’ve a daughter who is five now. I brought her into Galwegians there last week and she had an unbelievable time running around the pitch. I can’t wait until she will be able to see that she can go Under-7, Under-9, Under-10, Under-12 and all the way up into senior in that one club.”

When O’Dowd first took on the role of North Connacht WDO, she could not have possibly envisaged what was about to come down the line.

The Covid-19 pandemic ruined many of her best laid plans but, thanks to a colossal effort from the province’s club and community team, there have been positives to come out of this extremely difficult period.

“I sat down with my manager and I was going through what we could or couldn’t do during Covid, etc. I really didn’t think that we’d see an influx of players coming into clubs during this time, but we actually have,” she added.

“We’ve seen an upward trend of new bodies coming into the clubs and trying the game for the first time. That also drove the volunteer base up as well, because the parents or whoever was bringing the player to the club was hanging around in their car while this training session was going on.

“Definitely, there’s been some positives out of it. Any new members we can get into the clubs, be it male or female, is a positive.”

Amanda Greensmith: “Providing those opportunities for girls to fulfil whatever their ambition is. That’s our job.”