Aviva Ireland have teamed up with Intersport Elverys to give people the chance to buy rainbow laces for €4 at selected stores and online at www.elverys.ie, with all profits going to LGBTI+ charity BeLonG To Youth Services.

On Wednesday June 23rd, Aviva Ireland is inviting  the Irish sporting community to #LaceUpWithPride to show solidarity with the LGBTI+ community inviting young and old alike to embrace their true selves, wearing their rainbow laces with Pride.

Aviva Ireland will also make a €10 donation to BeLonG To for every new Aviva Home Insurance policy taken out in June. 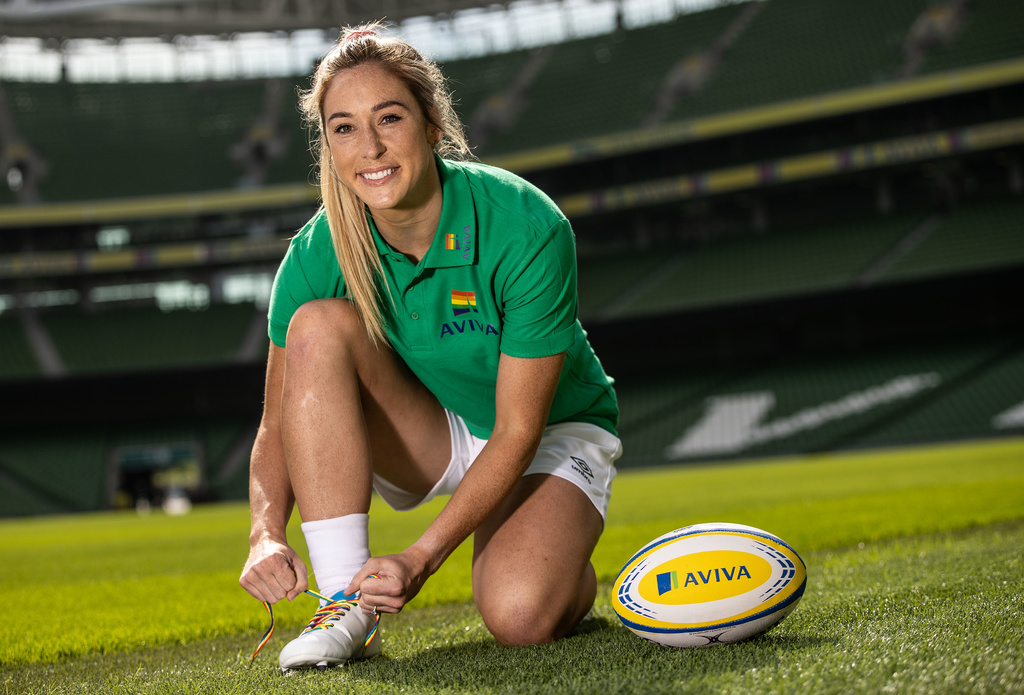 The aim of the campaign is to raise funds for BeLonG To Youth Services, the national organisation supporting lesbian, gay, bisexual, transgender, and intersex (LGBTI+) young people in Ireland.

Speaking at today’s launch, Lisa Bergin, Sponsorship Manager at Aviva Ireland, said: “As a proud sponsor of the IRFU and Aviva Stadium we have seen first-hand how sport can be a force for positive change to our society and wider culture.

We are teaming up with Intersport Elverys for the #LaceUpWithPride initiative, to raise much-needed funds for the crucial work carried out by BeLonG To Youth Services, and we are hopeful that people will rally together to support this important cause.”

Moninne Griffith, CEO of BeLonG To Youth Services, also commented: “Pride celebrates many of the same values that we associate with sport, such as diversity, inclusion, self-acceptance and self-expression. Unfortunately, as our research shows, sport is still a place where young members of the LGBTI+ community do not feel accepted.

The #LaceUpWithPride campaign is a chance for fans, players and clubs across Ireland to show solidarity with the LGBTI+ community, and we are grateful for the support of Aviva Ireland and Intersport Elverys in bringing this initiative to life.”

Eimear Considine, UL Bohemians, Munster and Irish International Rugby Player, added: “For as long as I can remember, coaches have always called on me to express myself. But not everyone feels they can express who they are on and off the pitch. It’s important that sportspeople show their support for initiatives like this, and push for our sports to be a place where everyone can pursue their passion and feel accepted. I’m honoured to be supporting Aviva’s #LaceUpWithPride campaign. Rainbow laces are a fantastic way for sportspeople to show their support for the LGBTI+ community.”