Having returned to training at the IRFU High Performance Centre last August, the Ireland Men’s and Women’s Sevens squads have been working assiduously across all aspects of the game in preparation for a big summer ahead, starting at St George’s Park on Saturday morning.

Ireland Men kick off the three-day International Rugby 7s tournament against hosts Great Britain on Saturday at 10am, before facing USA in the second game of the day at 1pm. Having not played since the last HSBC World Rugby Sevens Series leg in Vancouver in early March 2020, this weekend is a big stepping stone for Anthony Eddy‘s side as they build towards June’s World Rugby Sevens Repechage in Monaco.

“It has been a very long time away from international rugby so it’s great to be back playing this weekend and to ramp up preparations for the Olympic Repechage,” Dardis tells IrishRugby.ie. “We’ve been fortunate to play tournaments throughout the season against the Provincial Academies but it’ll be a big step up this weekend playing against some of the best Sevens players in the world.

“It’ll be a good challenge to play against Great Britain and USA over the three days and while I’m sure it’ll be a shock to the system after such a long time without an international game, we’re all really looking forward to getting back into it and building towards Monaco.”

Ireland Women, meanwhile, face France in their opening game of the weekend on Saturday at 10.22am, before going head-to-head with Great Britain at 4.22pm.

With a number of young players, who have come up through the IRFU Women’s Development Pathway, included in the 16-player squad, there is real excitement as this group resume international competition. Mulhall, who once again leads the side, says the players feel privileged to be in this position, having spent the week finalising preparations at St George’s Park, the FA’s National Training Centre.

“We are all very excited to play together again,” Mulhall says. “It has been a long wait but now that the time has come we feel very fortunate to be able to travel and play in the green jersey again.

“Preparation has been great so far and it has been a good week here at St George’s Park, where the facilities are world class. We are delighted to be back together as a squad after some of the girls did us all so proud playing in the recent Women’s Six Nations. We’re all just excited now to play Sevens against some top quality opposition.”

Each team will play two games a day during the behind-closed-doors tournament, with points to be gained towards the final standings throughout the three days.

Dardis says Ireland Men will benefit hugely from the exposure to top-level games again as they step up preparations for Monaco, where they will bid to make history and qualify for the Tokyo Olympic Games.

“The most important thing really is to get challenged, put into practice all the training that we’ve been putting in over the year, make mistakes but learn from them, and just building some cohesion and flow into our game. 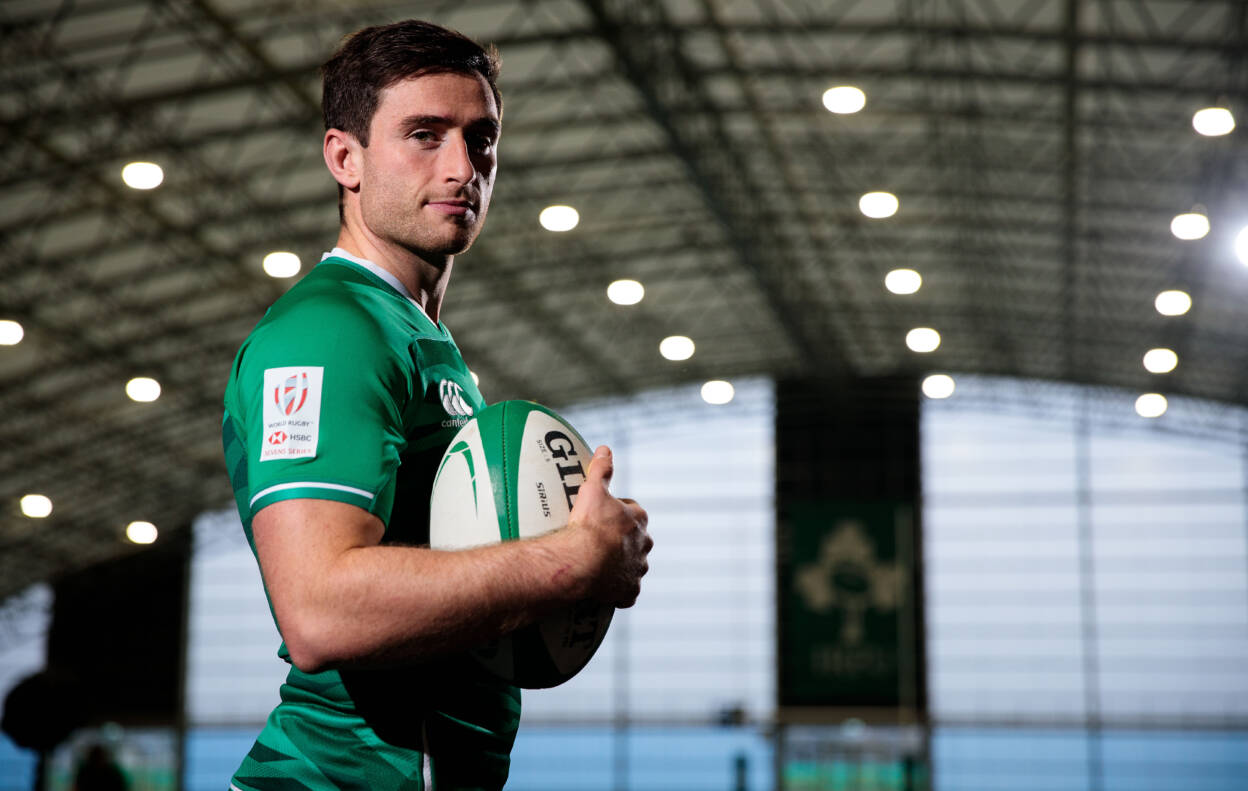 “It’s obviously been a long time since we’ve played and we can build all the connections we want in training but the real links are established when you’re put under pressure.

“It’s crucial that we start to find those passes, kicks, and running lines, and understand the timing, communication and body language of those around us because when the pressure does come on in the Olympic Repechage we need to trust those links and maintain those good habits.”

Mulhall says the focus will be on executing the basics well as they look to blow off the cobwebs and build momentum and cohesion again.

“This weekend is all about doing the basics well, working hard and growing as a squad by implementing the work we have been doing in training for the past few months,” the Ireland Captain adds.

“A big focus is also to have fun and enjoy playing again as we feel very fortunate to be in this position. A lot of hard work has gone in behind the scenes to make this tournament happen and we want to make the most of the opportunity.”