Iain Henderson, Ireland's stand-in captain, is pictured with Cian Healy during the recent defeat to France at the Aviva Stadium ©INPHO/Dan Sheridan

Hot on the heels of captaining Ireland for the first time, there was further good news for Iain Henderson this week with the announcement that he has extended his contract with the IRFU for another two years.

His current deal was due to expire at the end of the current season, but he is now set to remain at his home province of Ulster until at least July 2023.

Covid-19 has made contract negotiations somewhat tricky for Ireland’s players, and Henderson was thrilled to come away with his desired outcome.

“It has been a long process and (I’m) delighted to get to the end of it,” he said, speaking today from the Ireland team hotel at Carton House.

“Looking forward to having that put to bed now, don’t have to worry about that. Maybe a week or so ago, I was able to check that box off my list. Delighted to be able to finally announce that we’re back on for another two years.

“Looking forward to it and everything that could entail, be it down here or be it back up at home. I would say the initial period was probably more stressful in terms of speaking as a general player in the wider group.

“The contract negotiations were later than we would have initially anticipated or where they would be in a usual year. That was probably something that anyone in any profession would find stressful. Pushing out their security going forward.

“Once they got underway, the discussions that we had with my agent and David Nucifora, and other members of his team, they weren’t painful at all. They were understanding and from both sides of the table, we knew where we had to get to.”

Last Sunday week’s Guinness Six Nations clash with France at the Aviva Stadium was somewhat bittersweet in the end for Henderson. While he did get to lead the side out into battle, Ireland suffered a 15-13 defeat to les Bleus – their second of the Championship to date.

Nonetheless, the Craigavon native found captaining his country to be a hugely memorable experience, and it is something he would like to sample again in the future.

“Obviously there’s a pecking order of leaders, if you like, ahead of me. This team has leaders the whole way through it.

“That’s probably one thing that made it feel more seamless for me or made it more easy for me to step into that role. The team that I was put in charge of had leaders right the way through it.

“The experienced and inexperienced, who were equally capable with leading each other. I think that’s probably part of the reason why I was able to step in down that pecking order.”

Henderson has played under a number of high-profile captains in both the white of Ulster and the green of Ireland. Two of these are currently in the Ireland camp and offered him some much-needed guidance ahead of his own big day at the Aviva.

“I had a good chat with my family, they were all delighted,” explained the 29-year-old. “Frustrated they couldn’t be there. I chatted with Johnny (Sexton) prior to a couple of meetings and had a chat with Paulie (Paul O’Connell) as well around it.

“And I had a good chat with Rory Best as well. Obviously I’m naming there three captains who I have been captained by.

“They’re three people who always have set an incredibly good example in any team they’ve ever captained. With moving into the Ulster captaincy, I didn’t want to just fall into the exact shoes of one of them.

“I wanted to try and get a feel, and do it slightly differently in my own way. Which I felt I tried to do, but it was an enjoyable experience nonetheless.” 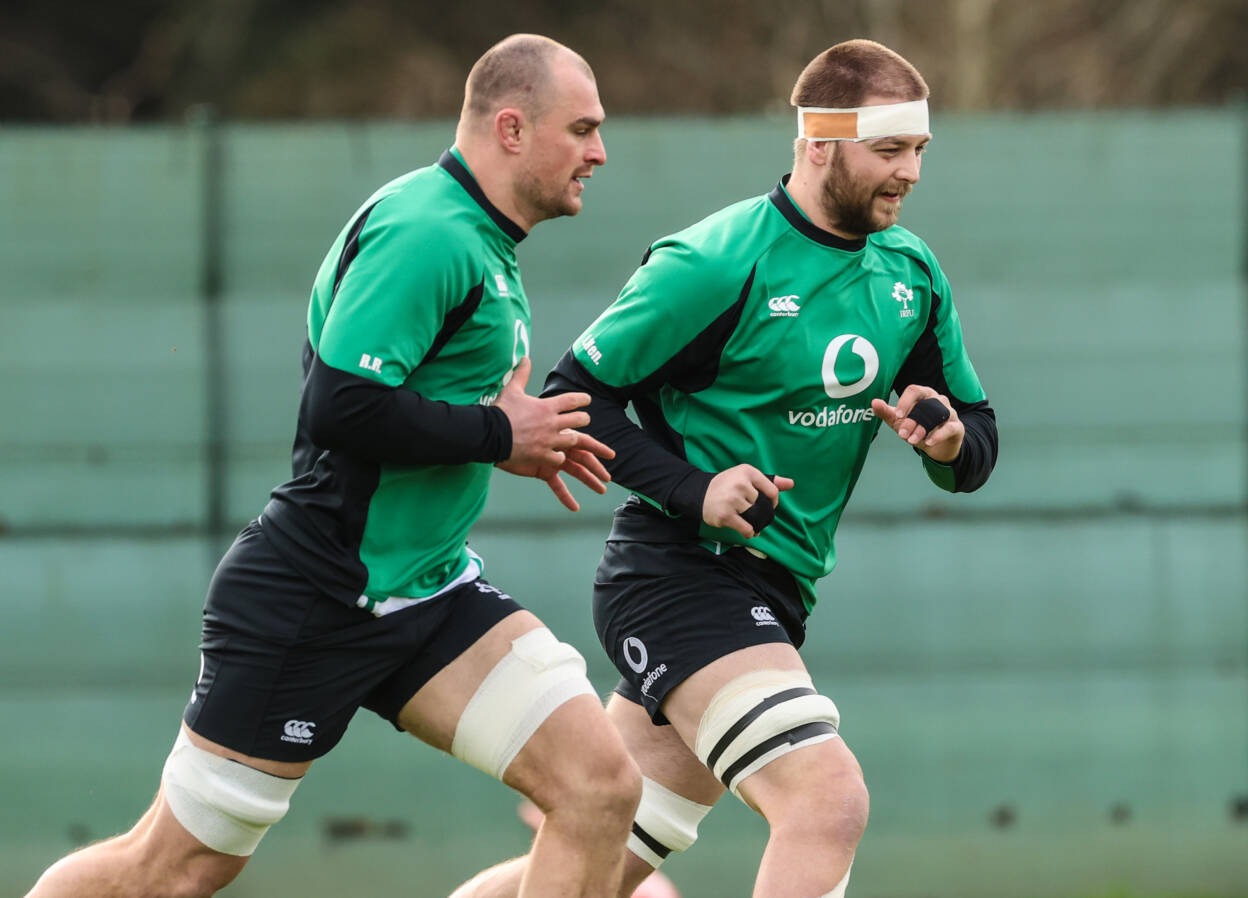 Over the past few weeks, Henderson and other members of the Ireland squad have praised O’Connell for the impact he has made in his first few weeks as forwards coach.

However, the towering lock also extolled the virtues of John Fogarty, who was appointed to the role of Ireland scrum coach following the conclusion of the 2019 Rugby World Cup.

“Paulie hasn’t come in and tried to reinvent anything, he hasn’t tried to take everything away of what we had learnt before. What he has done is let us continue to work with what we were doing,” acknowledged Henderson.

“Adding small tweaks to make us better and better. Session by session. Adding bits of detail that we might be missing. Ensuring that we are getting as consistent a lineout as possible.

“Be it the hookers, the jumpers and the lifters, to make sure that ultimately we can have as smooth a week running into the game as possible. The same with ‘Fogs’.

Fogs has been incredible with the insight that he has brought into the scrum and again he’s making the scrum feel not only about front row, but it’s about the eight players that are in the scrum.

“Because very often what happens in scrum meetings is the front rows just sit and talk, more or less in a different language to everyone else. Our second rows, we just stuck our heads in and pushed.

“Whereas Fogs has brought a whole new dimension to it, if you like, and really encapsulating the ‘eight as one’. That’s how he likes to put it, to ensure we’re getting those performances throughout the week, building for the weekend. Same as the lineout.”