The Irish Rugby community is in mourning following news of the death of former Leinster and Ireland prop Gary Halpin, a great character who played 11 Tests between 1990 and 1995.

Gary’s sudden passing at just 55 was made public earlier today. Following his playing days, he had been teaching in England and Wales before more recently becoming the Head of Boarding at Cistercian College Roscrea.

A unique and much-loved figure in the game, his sporting prowess saw him shine in two different fields. He represented Ireland in hammer throwing at the 1987 World Athletics Championship and played in the 1991 and 1995 Rugby World Cups.

A native of Kilkenny, the most iconic moment of his rugby career came during the 1995 World Cup in South Africa when he scored a try against New Zealand, leading to that infamous celebration that he later regretted but admittedly ‘dined out on it like a lord’ many times! 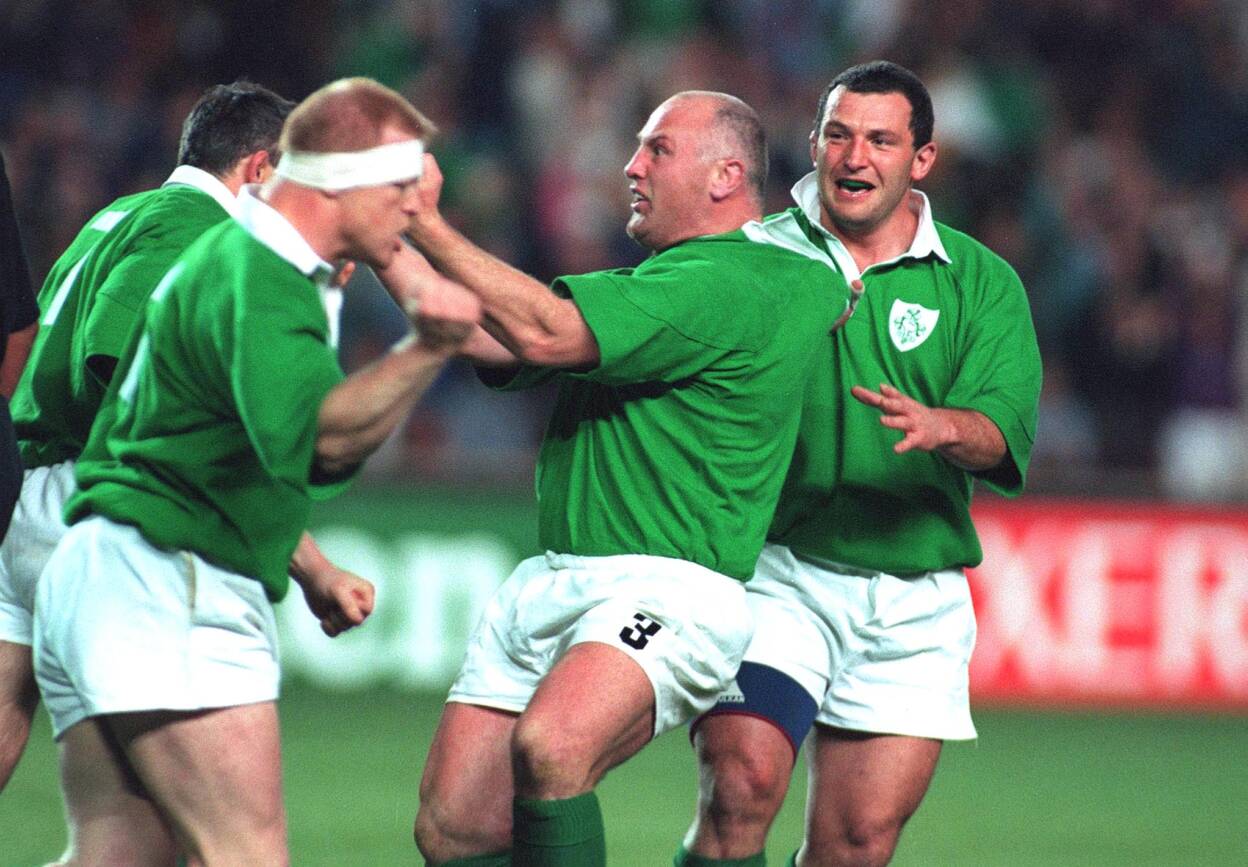 Ireland’s Gary Halpin gestures to the All Blacks team after he scored a try in Ellis Park, Johannesburg – Mandatory Credit ©INPHO/Billy Stickland

Educated at Rockwell College before earning a scholarship to the University of Manhattan, Gary played for Wanderers, Leinster, Blackrock College, London Irish and Harlequins at club level.

Following in the footsteps of his late father Tom, he coached at Kilkenny Rugby Club after returning to live there in 2015, overseeing the scrum and forward play. He is a life member of Kilkenny RFC.

His international career began in 1990 when he made his debut against England at Twickenham, featuring at tighthead alongside Des Fitzgerald and Steve Smith. 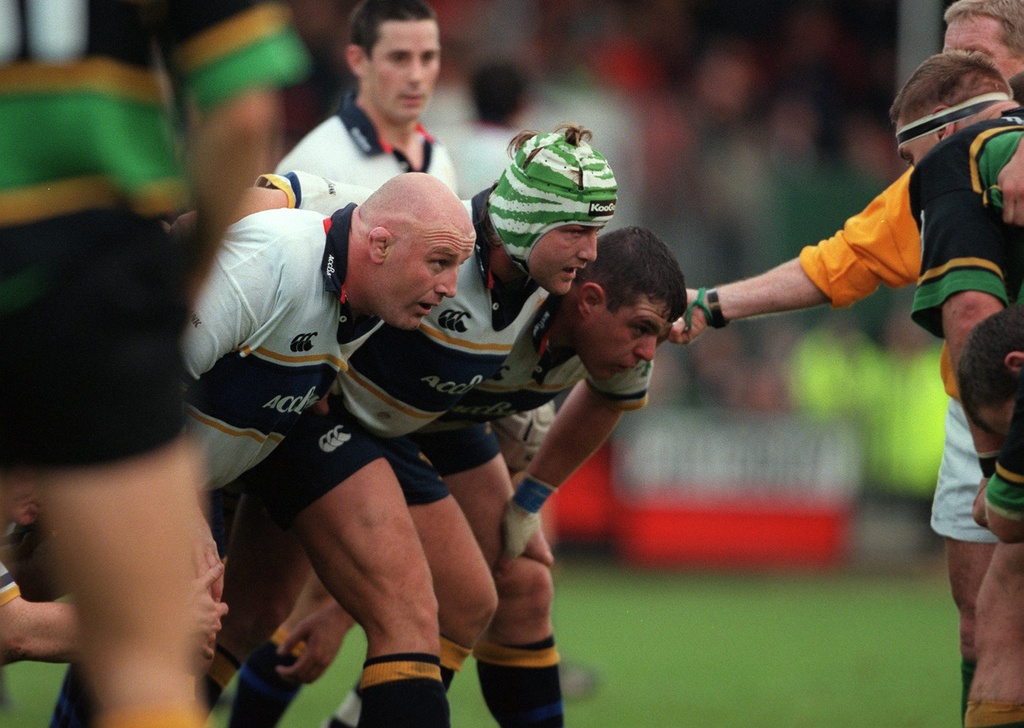 Halpin’s 11-match Test record included wins over Japan, Romania and Wales, that last game coming at the 1995 World Cup where his final outing in the Irish front row – alongside Nick Popplewell and Terry Kingston – was at the quarter-final stage against France in Johannesburg.

IRFU President Des Kavanagh offered his condolences on behalf of the IRFU,

It was with deep regret that I heard of the sudden death of Gary Halpin. Hailing from a highly respected rugby family in Kilkenny,

Gary’s father Tom was a major contributor to Leinster Junior Rugby and had a significant involvement in the Towns Cup Sponsorship by Smithwicks. A great supporter of Kilkenny RFC, Tom’s contribution to the touchline banter was legendary.

In recent years Gary had maintained an involvement with the game both through his work as Head of Boarding in Roscrea College where his commitment and positivity was highly respected by all who engaged with him and in Kilkenny RFC where he was Scrum Coach. His passing will be mourned by all who knew him.

To  his family we send our deepest condolences.