You would have been forgiven for assuming last weekend was the biggest of the year in the Henderson household, but you’d ought to think again. A week on from Iain leading Ireland out at Aviva Stadium, the second row celebrates his 29th birthday today, just a day after his son, Freddy, turned one.

“Lana, my daughter, is three, so it probably seems more like Lana’s birthday, she’s running around,” Henderson laughs, speaking during Ireland’s two-day mini-camp this week. “She catches a whiff of a birthday it gets her week all excited, so she’s been talking about it all week.

“So I imagine it’ll be a cake with one candle and a lot of excitement this weekend.”

Henderson became Ireland’s 108th captain last Sunday as he led Andy Farrell‘s side out against France in the Guinness Six Nations, and as the squad kick-started preparations for the Round 3 trip to Rome during an intense mini-camp at the IRFU High Performance Centre, the Ulster captain said he’d love to bestowed the honour again in the future.

“As a captain it gives you so much confidence that the guys are doing their work and getting across it, you don’t necessarily feel like you’re worried about anyone or that the older players in the group have to baby anyone,” he continues. “I absolutely loved it. It wasn’t the result I would have wanted but I would do it again in a heartbeat.

“I would love to do it again if the opportunity ever arose but like I said there are so many leaders throughout this team. James [Ryan] is an incredible captain, Peter [O’Mahony] is an incredible captain, Johnny [Sexton] and Ringer [Garry Ringrose] are all very, very good captains and there’s no part of me that would be upset if, next week, anyone stepped in to be captain and I was playing.

“All the candidates for the captaincy are right up there with top class captains that I’ve worked with and we’re all in this together, I suppose.”

Fitness and selection permitting, Henderson is in line to win his 61st Ireland cap as the Championship continues next weekend, eight years on from his first Six Nations appearance at the Stadio Olimpico. 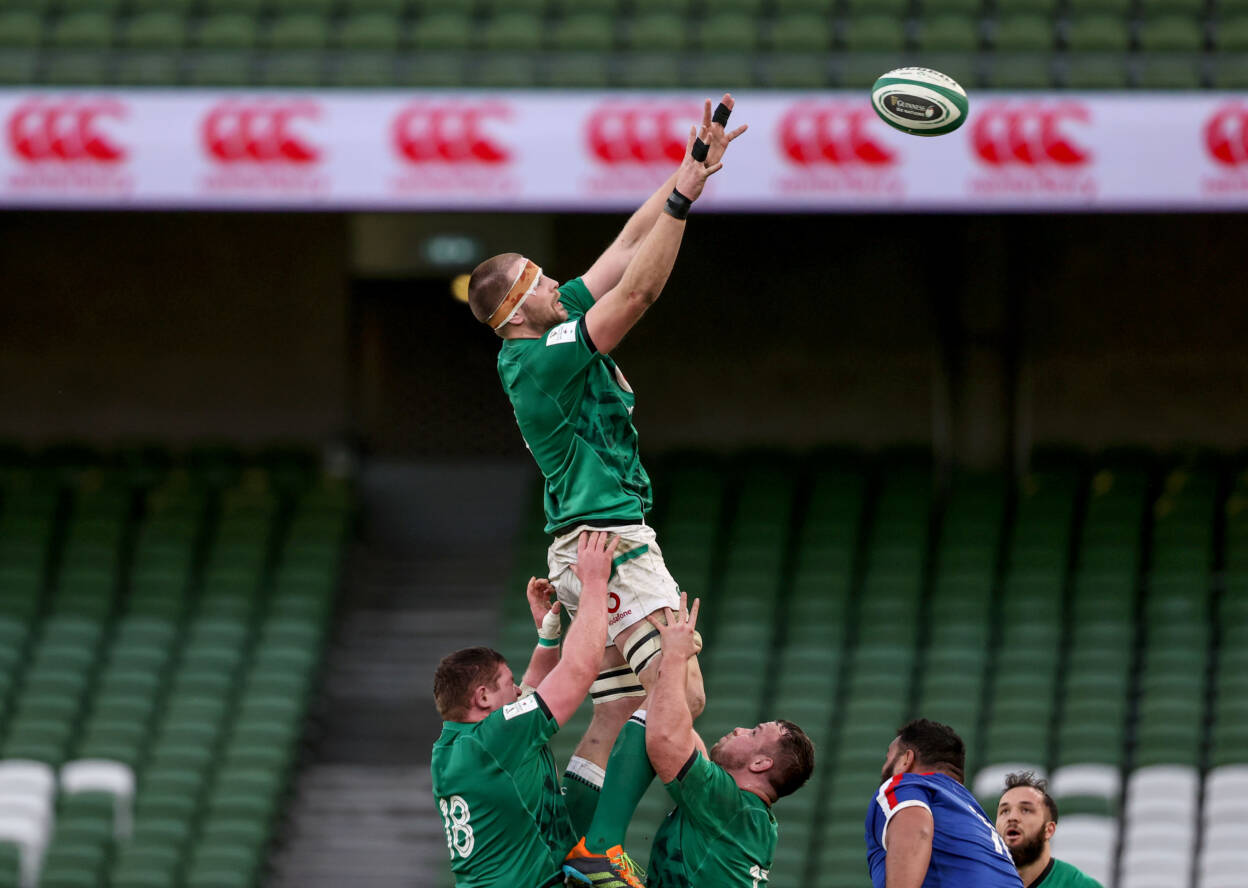 A young Henderson came of the bench in Rome that day as Ireland suffered a shock defeat to Italy, and the totemic lock is hoping for a much-improved performance this time around as Farrell’s charges bid to get their Six Nations up and running.

“We have to win, be it by three points, by ten points – it doesn’t matter,” he says of next Saturday’s clash. “Our backs are up against the wall. We’ve two out of two losses. We have to go in with a mindset of winning this game.

“Similarly, one of our coaches raised a point in a meeting, we can’t be afraid of losing. We can’t play within ourselves. We have to be able to go out there and put on a performance that we will be happy with and proud of and hopefully if we do that, we’ll have come out the right side of the result.”