The official Ulster Rugby Supporters Club has awarded Ireland Under-20 duo Ethan McIlroy and David McCann with the URSC Jack Kyle bursary for the 2019/20 season.

The bursary – named after Ulster and Ireland Grand Slam-winning legend Jack Kyle – has been running for thirteen years to support the development of young talent in the Ulster Academy programme.

Joining a list of previous recipients such as Iain Henderson, Craig Gilroy, Alan O’Connor, Adam McBurney, David Shanahan and Rob Lyttle, McIlroy and McCann were selected for their excellent development during the season before it was cut short by the impact of Covid-19. Each player will receive a personal bursary of £1250.

Kieran Campbell, Head of the Ulster Rugby Academy, commented: “Along with the URSC, we picked two guys this year based on how they developed; Ethan and David are very worthy winners.

“David has had two really successful seasons, playing for the Ireland Under-20s, winning a Grand Slam and going to the World U-20 Championship a year young.

“He then captained the Ulster ‘A’ team to the Celtic Cup final and has recently developed really nicely, going into the senior team to get his first cap.

“Ethan, similar to David, has been hugely successful. He’s travelled a different route coming through our PTS1 (sub-Academy) programme. He’s had a really good trajectory in his development, playing against Leinster before even having an Academy contract.

“He went on to play in the Under-20 Six Nations with David. Ethan has three senior Ulster appearances now. It’s worthy recognition of those guys. 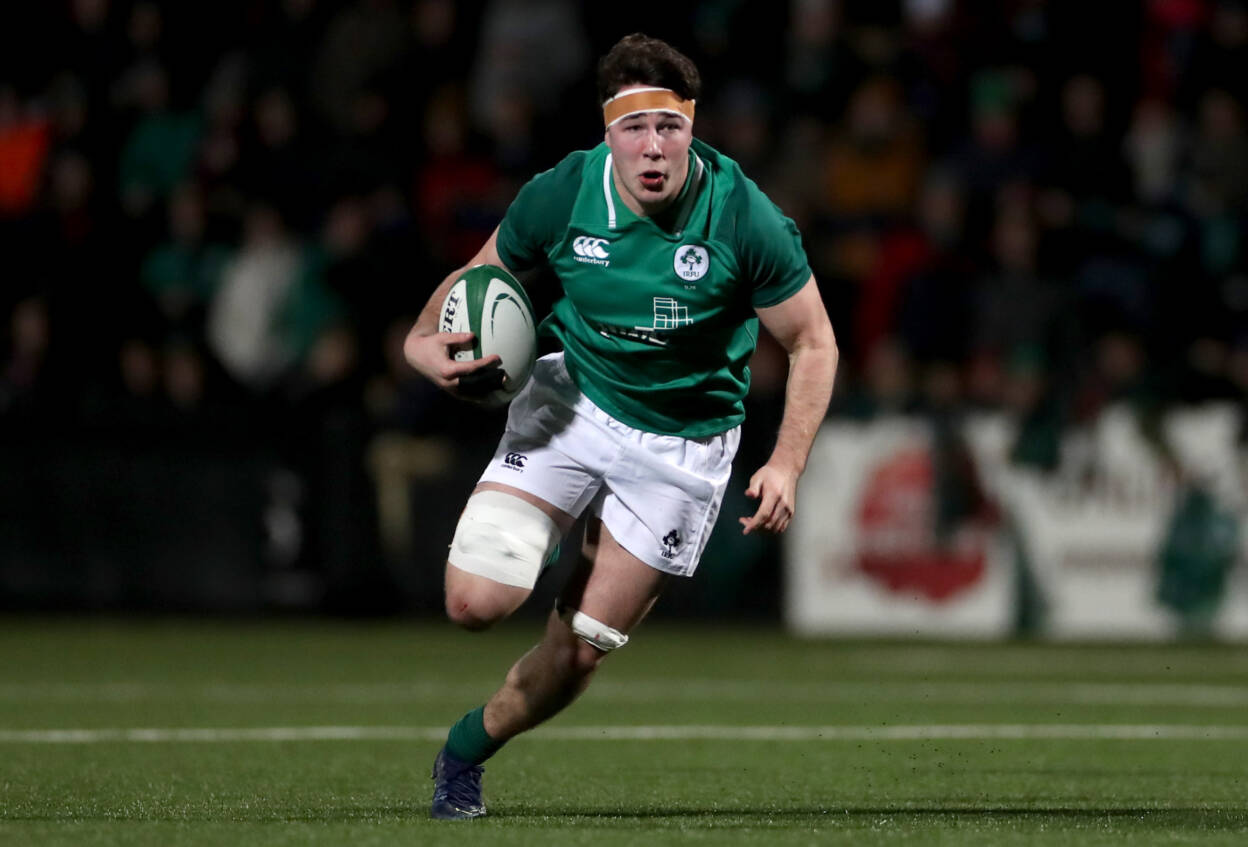 “It’s very kind of the URSC to provide the Jack Kyle bursary, and it’s great they can recognise two guys who have been developed through our Academy system with the support of the senior coaching team.

“Seeing players like Ethan and David making that step into the senior Ulster squad makes the entire Academy coaching team really proud of them. We have a fantastic Academy staff team and this is a reflection of the work they’re doing.

“David and Ethan have been with us since 14 or 15 years of age. A lot of investment goes into their development from their schools as well.

“We’re fortunate that we have a really strong senior staff team, led by Dan McFarland. They’re very keen to help these players to develop. Everyone is very proud of these players’ development.

“It’s great for the players to realise they’re being identified for their performances and the recognition from the URSC is super for guys who have come through this pathway.

“The bursary is a nice reward but it’s also supportive of players who are studying while developing their rugby too. Being professional athletes, the demands of nutrition and recovery are significant, so the bursary helps support them in their holistic development.”

The URSC Jack Kyle bursary is funded by the URSC’s annual Big Ballot, with prizes provided by local businesses, most recently: