Ireland hooker Rob Herring is looking forward to getting a glimpse of what ‘incredibly hard worker’ Eric O’Sullivan can bring to the international stage on Saturday.

Having joined the squad ahead of last Sunday’s Autumn Nations Cup win over Georgia, O’Sullivan is named on the bench as cover for experienced loosehead prop Cian Healy.

If he is sent on to win his first cup, he will become the 11th debutant under head coach Andy Farrell since he assumed the role in the aftermath of last year’s Rugby World Cup.

Herring regularly packs down with O’Sullivan at provincial level with Ulster and he believes the Dubliner fully merits a call-up to the Ireland matchday squad.

“Obviously delighted for Eric. I’ve worked closely with him at Ulster. He’s one of those guys, he’s just an incredibly hard worker,” he said.

It might seem like a quick rise, but he’s had to be patient at times as well. No doubt competing against Jack McGrath over the last couple of seasons has really brought his game on in massive strides.

“Like I say, he works massively hard during the week and some of his performances as a front row, the engine that he has is actually incredible. I think it’s massively deserved.

“In my eyes it has been a long time coming. I’m just really excited for him, to see how he goes. When he runs on, it will be a massively proud moment for him.

“He turned 25 this week (on Monday) and in terms of his professional rugby career, he probably started a bit later than most people.

“But over the last few years he has just improved week on week, season on season. I think he’s realising his goal now, but it’s just the start for him really. Hopefully he can get many more caps in the future as well.” 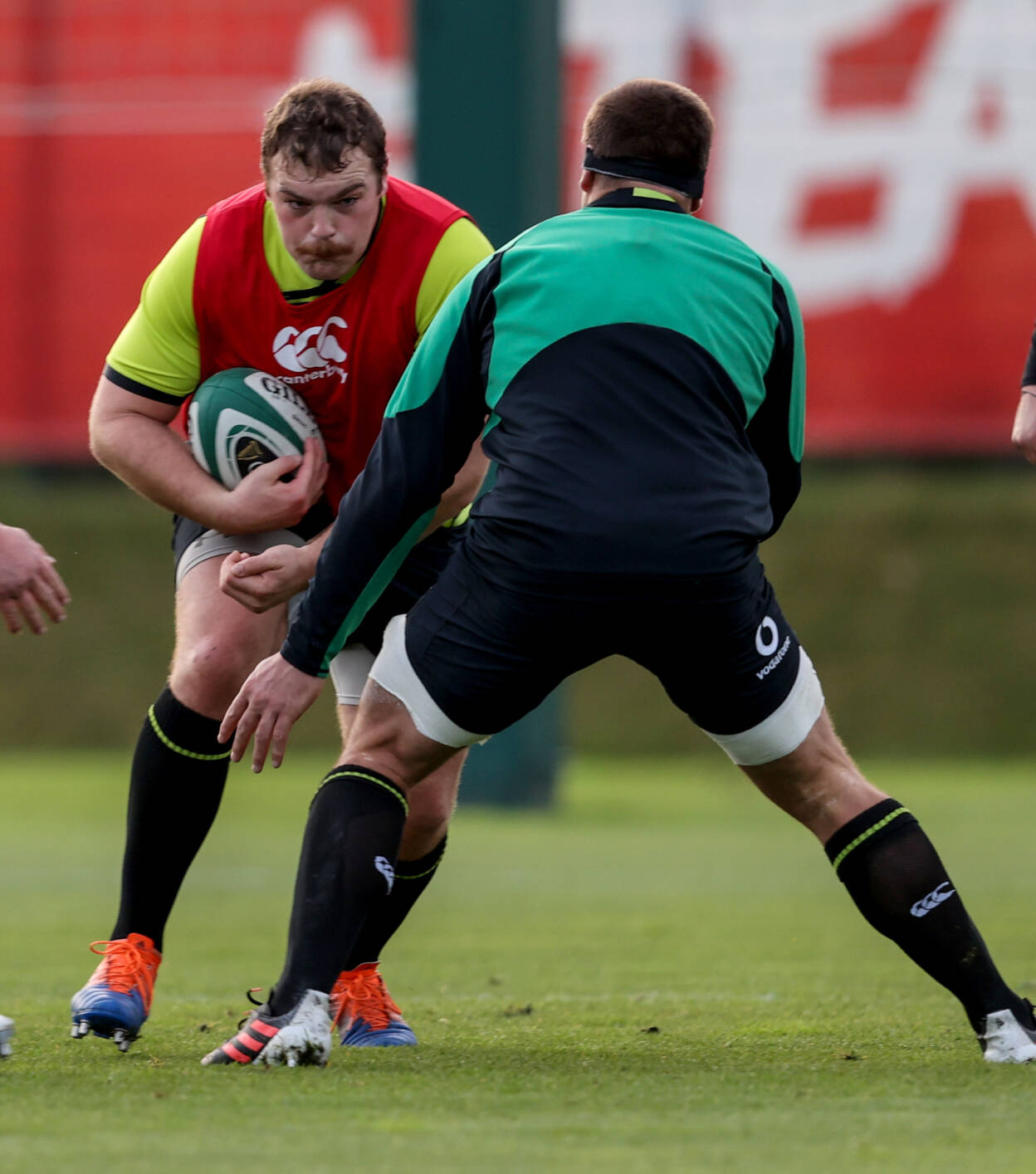 In the white of Ulster and the green of Ireland – he has accumulated 201 caps to date between both – Herring has had many battles with Scottish sides. Many of these encounters have been attritional affairs and he does not envisage Saturday’s game being any different.

“You can look no further than the side they’ve picked. They’ve come with a really big, physical team. Obviously in the last Six Nations we played, it was a massively physical game.

“I thought it was a good battle, but we’ve improved a lot over that time. We’ve got a bit more continuity and we’ve gelled a bit more together, but so have Scotland. It’s going to be a massive challenge, like it always is against them, but looking forward to it.” 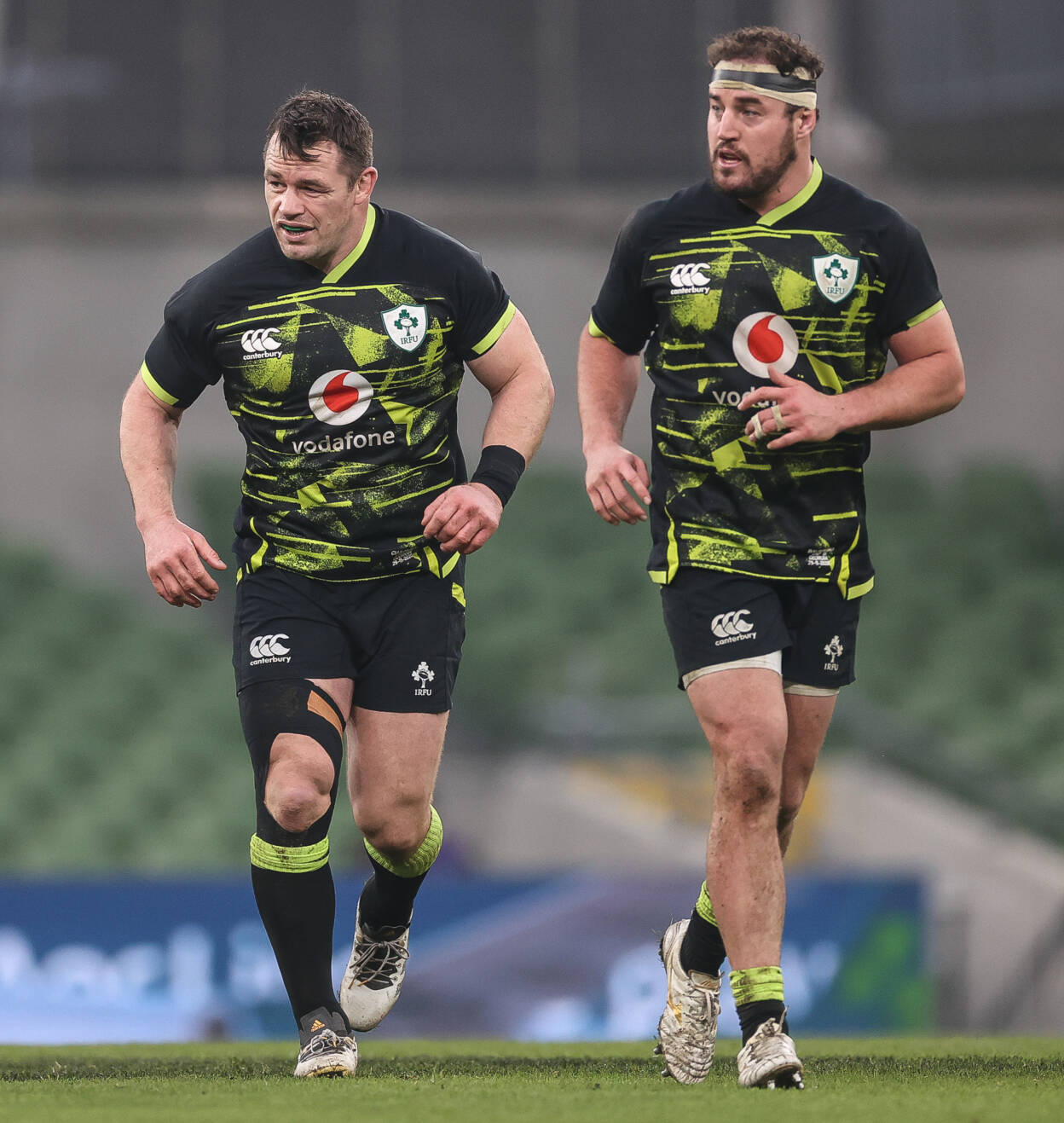 Although it’s their final outing of a most unusual year – and there is a determination to finish it on a high – Herring also sees the visit of Scotland as an opportunity to build towards a more prosperous 2021.

“There’s always pressure when you put on the Irish jersey. No matter who you’re playing, no matter the situation. Always want to do the jersey proud and the people we represent proud,” he explained.

“We know we have to up it a level from last week (against Georgia). There were aspects of our game that weren’t good enough.

“It is the last game of the Autumn Nations Cup, but we’ll look to take a bit of momentum going into next year’s Six Nations from this performance.”

After finding himself amongst the replacements for the 18-7 defeat to England last month, Herring played the full 80 minutes of Ireland’s 23-10 victory over Georgia last Sunday.

Despite it being widely acknowledged as a disappointing performance overall – none more so than by those within the camp – Herring felt Ireland’s set piece held up well against a powerful Georgian pack.

It’s obviously something we’re always working on. Certain times you’ve got to put a little bit more focus onto it. There’s always small changes that can make a big difference.

“I think last week we went in with a more simplified lineout menu and just focused on execution. I think it was a good result in terms of the lineouts in the end.

“The scrum battle, watching it back, I thought we did really well. There was a few calls that maybe didn’t go our way and Georgia probably got us on a couple of scrums.

“In the majority, I thought we were looking really good and performing as a unit. Again this week, Scotland are a great set-piece team and it’s another challenge for us to really get stuck into.”

Herring also spoke about the role that Gary Keegan has been taking on behind the scenes in recent weeks. A former Director of the Irish Institute of Sport, who was also previously a High Performance Director in the Irish Athletic Boxing Association, Keegan has been aiding the mental preparation of the Irish players and Herring has welcomed his input.

“It’s something you probably hear a lot. Trying to find the edge mentally and just changing things up,” he added.

“I guess it’s good to get another person’s insights into how we do it in camp. Some of the things he’s picked up and where we can improve, and what we’re doing well.

“Individually we’re connecting with him and he’s just looking at what your routine is and where you can make small improvements on that.”