Iain Henderson reckons Ireland will need to produce a much-improved performance in order to get the better of Scotland in Saturday’s Autumn Nations Cup 3rd-4th place play-off.

Henderson played the full 80 minutes last Sunday when Andy Farrell’s men overcame Georgia 23-10 in their final Group A game. However, it was far from a perfect display by the hosts.

The Ulster captain was also involved back in February when Scotland pushed Ireland to the limit in a Guinness Six Nations clash in Dublin. He expects them to be a step up from last weekend’s opposition.

Speaking ahead of the final Guinness Series match this Saturday, Henderson said: “I’d definitely say we’re looking to improve on some things. There was a lot of things at the weekend I think we did really well.

Obviously it will be a completely different side we play. Tactically, physically, I think Scotland are going to definitely look to come at us. They’ve been preparing for this game for a while now (after the Fiji match was cancelled).

“Get all our detail under the belt. I think most of it is done now and today is really putting it into practice. Test ourselves today and then we’ll roll into the weekend and see how we go.”

A particular area of Ireland’s game that has come under scrutiny recently has been the lineout. While a number of attacking platforms were created in the post-lockdown defeats to France and England, a lack of set piece execution has let Ireland down.

Henderson puts a lot of this down to the new personnel within the Ireland pack and getting to know how each individual player operates in a lineout. 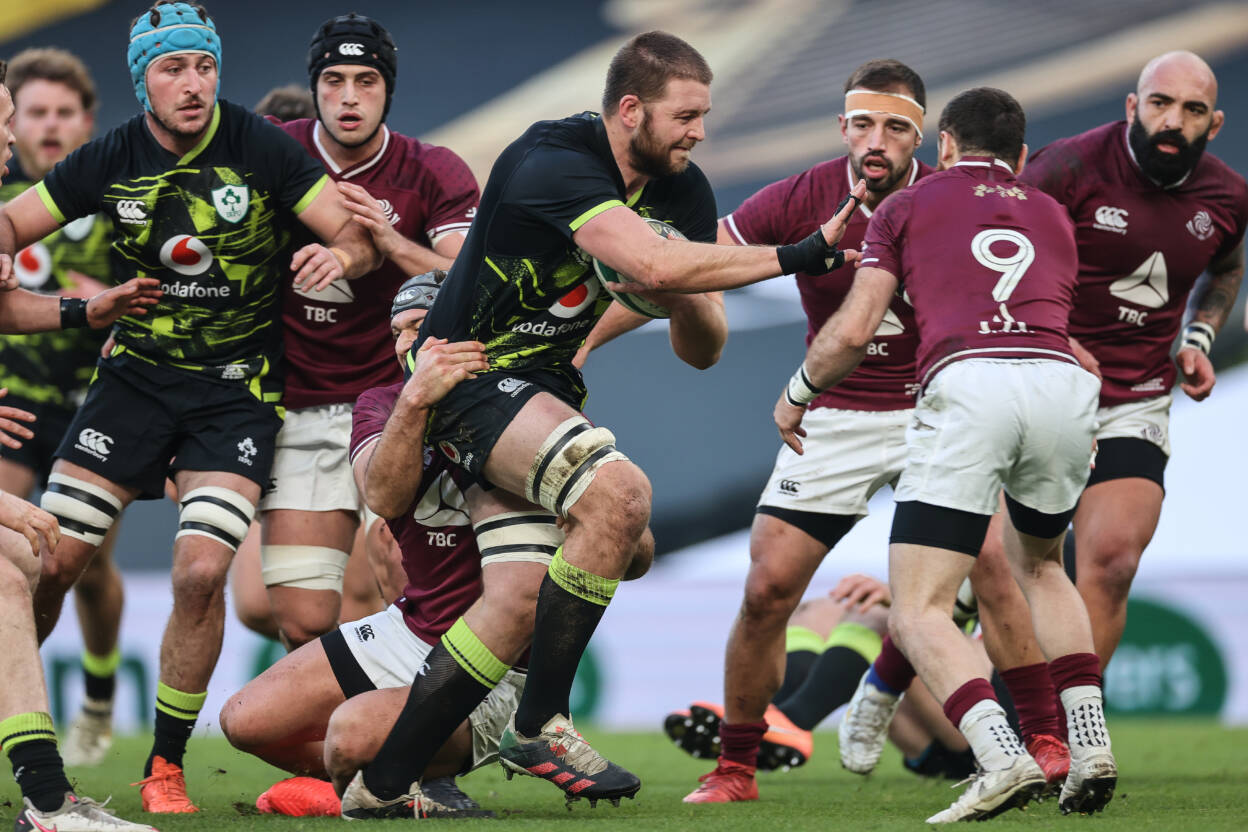 “Anyone who has lifted in a lineout will know that everyone jumps slightly differently. Some people, even though they may look more athletic than others, are a lot more difficult to lift than others.

“It’s the same with hookers, when they’re throwing they get to know someone who jumps in a slightly different way. I’ve spoken to Rob Herring and other hookers about this.

“I’ve spoken to Rory Best about it in the past. Throwing to different people, they understand that they’ll throw it slightly differently. Depending on the personnel. It also depends on lifters.

Due to a combination of suspension and injury, Henderson had a delayed return to international duty. After missing the Six Nations clashes with Italy and France, and the Autumn Nations Cup opener against Wales, he was introduced off the bench away to England last month.

Yet even when he was ruled out of contention, the 28-year-old played an active role behind the scenes and gained a greater understanding of how Farrell and his coaching team go about their business.

I felt over the couple of weeks I was down here, I was able to get a lot of insight into the coaches’ preparation for a game, what they do.

“Obviously I wasn’t having the stress of playing at the weekend, but that enabled me to put a fair bit of focus onto preparing the team. Trying to help Simon Easterby as much as possible to prep the lineout pack, who were going to be playing that weekend.

“I think there were a few times you saw dividends of that. Having an appreciation of what goes on behind the scenes more so than you would usually get. Again, just trying to train and prep the guys as best possible on the training pitch.

“Outside of that, enjoying camp and enjoying building connections with a new group of people. Trying to get to know everyone a wee bit better. Getting to know how different people tick and really, for me, trying to become as tight and as integrated into this group as possible.”

During the early part of his career, Henderson switched regularly between his now established position in the second row and blindside flanker. His Ulster team-mate, Jacob Stockdale, is going through a similar transition at the moment, as he finds himself being used on the left wing and, more recently, at full-back. 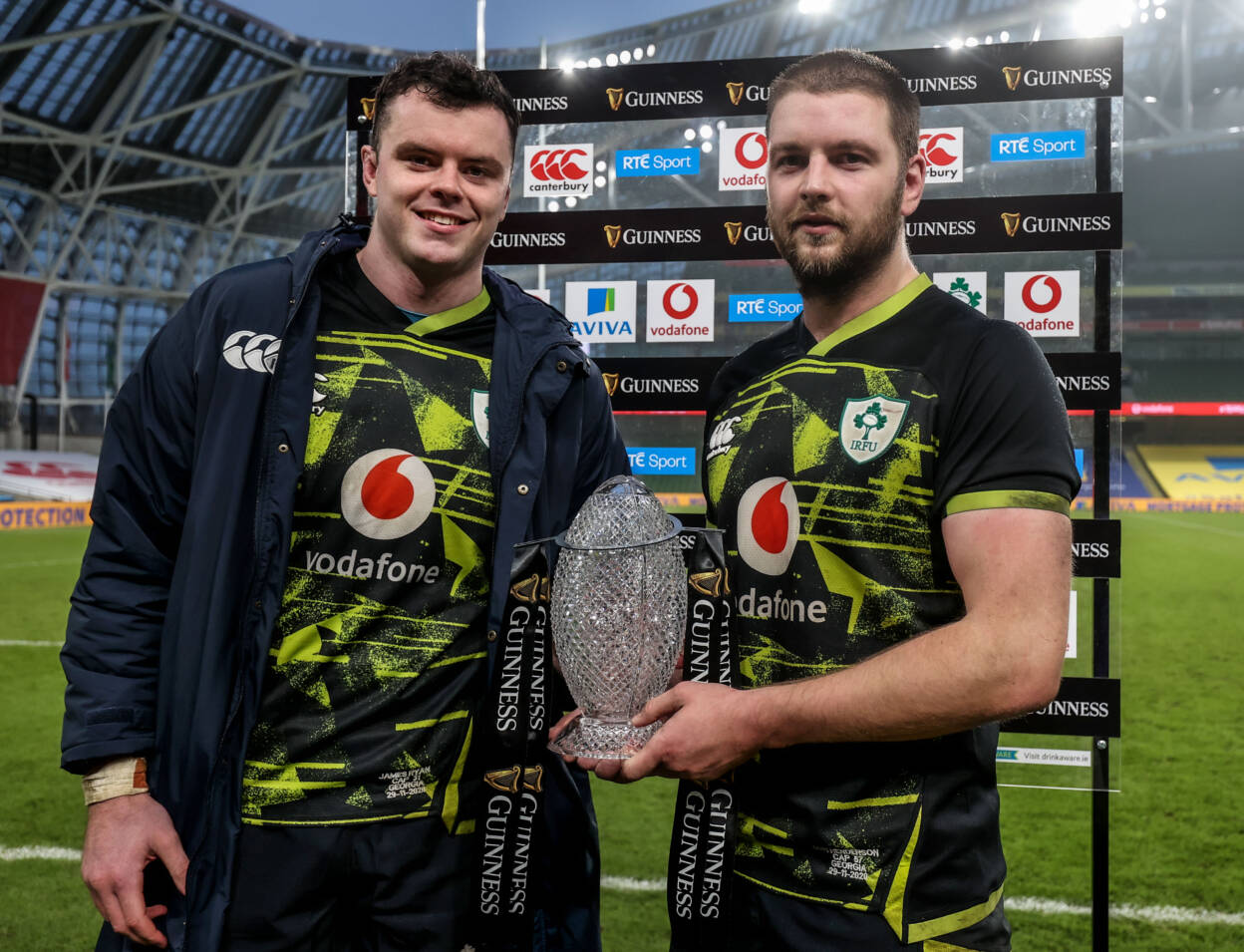 While it is not necessarily like-for-like, last Sunday’s Guinness player-of-the-match understands from experience how difficult it can be to move from one jersey to the next.

“There’s differences in what Jacob has to do, I’m not going to try to deny it. I wouldn’t really know a huge amount of the intricacies of the difference in playing those back-three positions,” acknowledged Henderson.

“I know there would be and there are differences in it. For me, I felt getting across the detail was massive at the time under different coaching staff. Things were asked of me differently.

“It was a slightly different to try and get across then, whereas with Jacob now, it’s a lot more open. He’s willing to ask questions and that’s really good for helping him to understand what’s he got to do and understand what can be asked of him and where he might need to jump between.

“For him, I know Jacob very well now after playing with him for the last number of years and I think he’s more than capable of getting across all the work he needs to get across.

“Seeing him, what he has done over the last number of weeks, what other people might look upon as being upsets for him, he has learnt from them. You can see him actively working and getting better, day on day in camp at those things.”