Breaking through the Wales defence, Jonathan Sexton is pictured in action during his 100th international outing ©INPHO/Billy Stickland

Following a frustrating few weeks on the sidelines, Ireland captain Jonathan Sexton is itching to get back out at the Aviva Stadium on Saturday for the Guinness Series finale against Scotland.

Due to a hamstring injury sustained against Wales last month, the Leinster out-half missed out on the recent Autumn Nations Cup meetings with Group A opponents England and Georgia.

Sexton did have a part to play on those days as the squad’s designated water carrier, but will be grateful to make a return to his normal role at number 10 this weekend.

“I don’t know how good a water boy I am, getting angry on the touchline!,” he quipped, speaking today at the IRFU High Performance Centre in Blanchardstown.

“It’s a weird one. If you think about how many kicks I’ve taken in my career and I strain my hamstring for the second time and the first time was probably about four, five, six weeks ago. There was something going on there that is not normal and we hopefully figured it out.

“Hopefully I’ll be better for it going forward. I returned to kicking the back-end of last week and things have been going okay. Looking forward to the weekend.”

Sexton felt Ireland’s performances were something of a mixed bag in his absence. Starting with the defeat to England at Twickenham, he believes there were positives to take but acknowledges some of the issues that were present in their previous losses to the Six Nations champions still remained.

The England game was a proper Test match. A lot of kicking and pressure. I thought the lads did really well for parts of it and then giving them the 12-point lead again based on two small errors.

“Then you have to chase the game a little bit more, which plays into their hands. We’re probably learning the same lessons as we have over the last few times we’ve played England.

“I’ve been there as well and it’s a tough place to do it. They’ve got a very good pack and good defence and the lads are trying to chase a lead over there.”

Likewise, he saw lots to be encouraged about during the first half of the 23-10 win over Georgia, only for the second period to fall well below the standard they want to play at on a regular basis.

“I thought we started the game brilliantly. First 40 I thought we looked very good. Obviously the try that wasn’t given, Stuart McCloskey’s try, a great pass by Jacob (Stockdale). 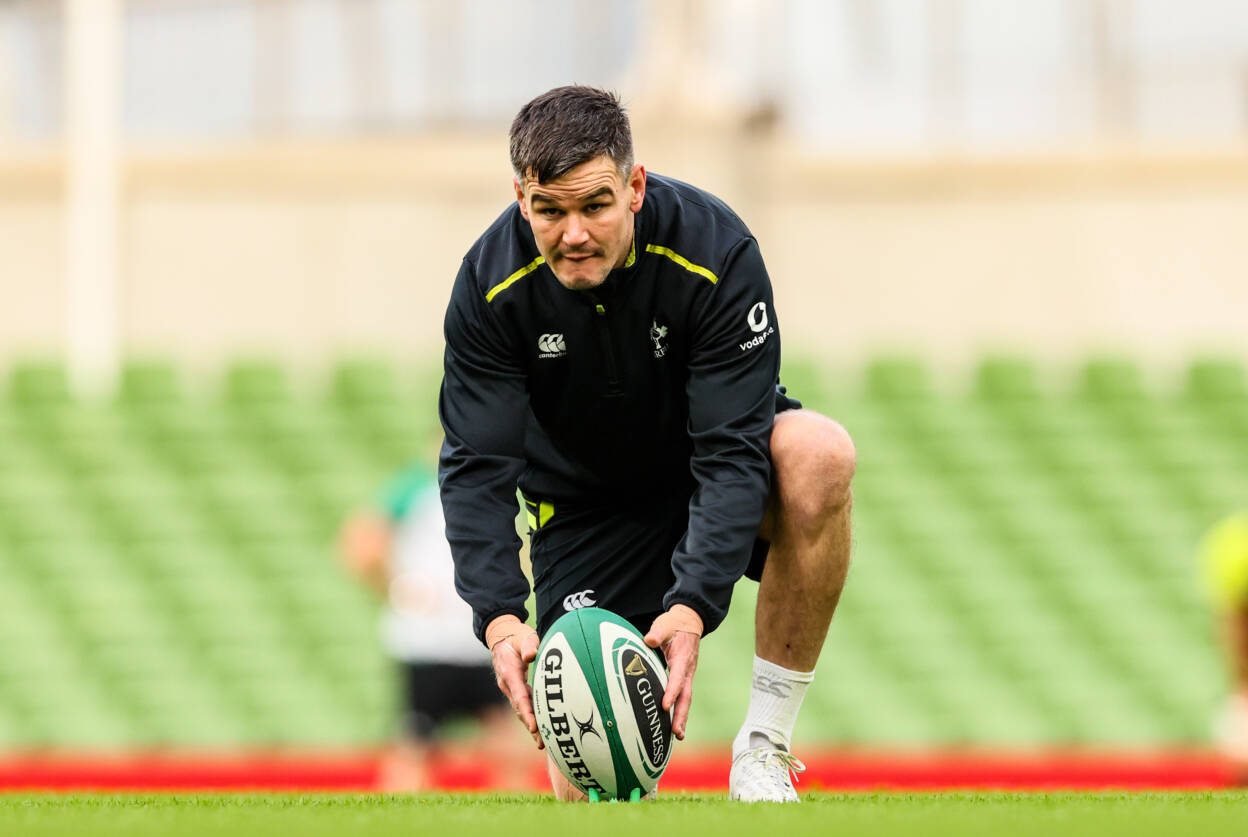 “I felt his hands go backwards and every pass would be forward if you slow down every pass when you’re running, like Jacob was. I felt that was a tough decision and then James Ryan probably felt he scored just before half-time, which they didn’t check.

“We can forget about the good stuff in the first half and the little bit of misfortune of the two tries. Even if we had scored those two tries, the second half’s not good enough.

“It’s not our standard and we’re not getting away from that. We’d hope to right those wrongs over this week and Six Nations is massive then. We need to try and put it all together on Saturday.

“We’ve shown bits and pieces and it just hasn’t been consistent enough. We just need to get that out there for 80 minutes on Saturday.” 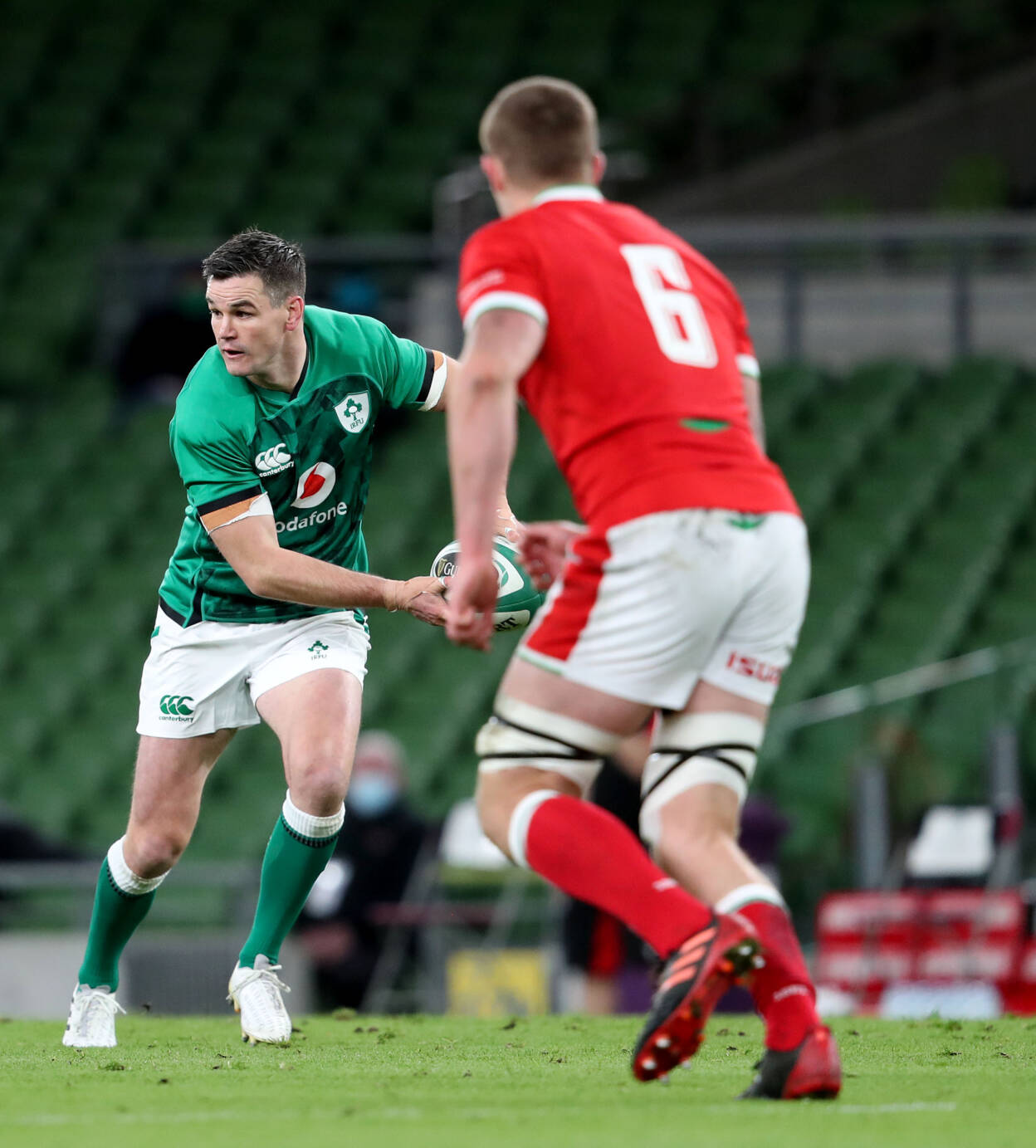 Indeed, that latter point is something that Sexton will be attempting to drive home between now and Saturday. Given it is Ireland’s final outing of 2020, he wants to deliver a performance that can leave them in a good place ahead of next year’s Six Nations.

The 2018 World Rugby Player of the Year added: “It’s obviously the first season with this new group and it has been stop-start for obvious reasons and we’ve come together for this prolonged period of time.

We feel we’ve done some really good work and we haven’t put it out there for people to see and this Saturday is about trying to do that.

“Trying to put all the pieces together, take all the lessons and put out a performance that we’re proud of. That leads us into the Six Nations, because we have big aspirations with this group and we want to start taking steps forward.

“We’ll be the first to admit we haven’t put the performance in for the full 80 minutes that we want. We’ve shown bits and pieces that have been really good. Some stuff that hasn’t been so good, but we’re determined to put in an 80-minute performance.”