As he looks to make his return from a recent injury lay-off against Scotland this Saturday, Robbie Henshaw insists the mood within the Ireland camp remains upbeat.

After sustaining an adductor strain in their opening Guinness Series win over Wales, the Leinster centre was ruled out of their subsequent Autumn Nations Cup encounters with Group A winners England and Georgia.

An 18-7 defeat to the former at Twickenham came as a disappointment and while they responded with a 23-10 victory over the Georgians last Sunday, it was a performance that was below the expectations set out by both the Ireland players and coaches.

While accepting that the team performance was well below par, Henshaw still felt they had opportunities that could have led to a bigger winning margin.

“A little bit of frustration alright,” he admitted. “We looked at some of the clips from the weekend today and some fix-ups, definitely, but there’s also positives there. We were probably held up a few times over the line.

“If a couple of those are looked at potentially on the TMO…I think there’s a couple of tries that are missed. The scoreline reflects differently if we get those decisions.

“There’s positives and obviously there’s things that we can work on and address. Overall, we’re keen to just get back out and keep building. Keep going in the right direction.” 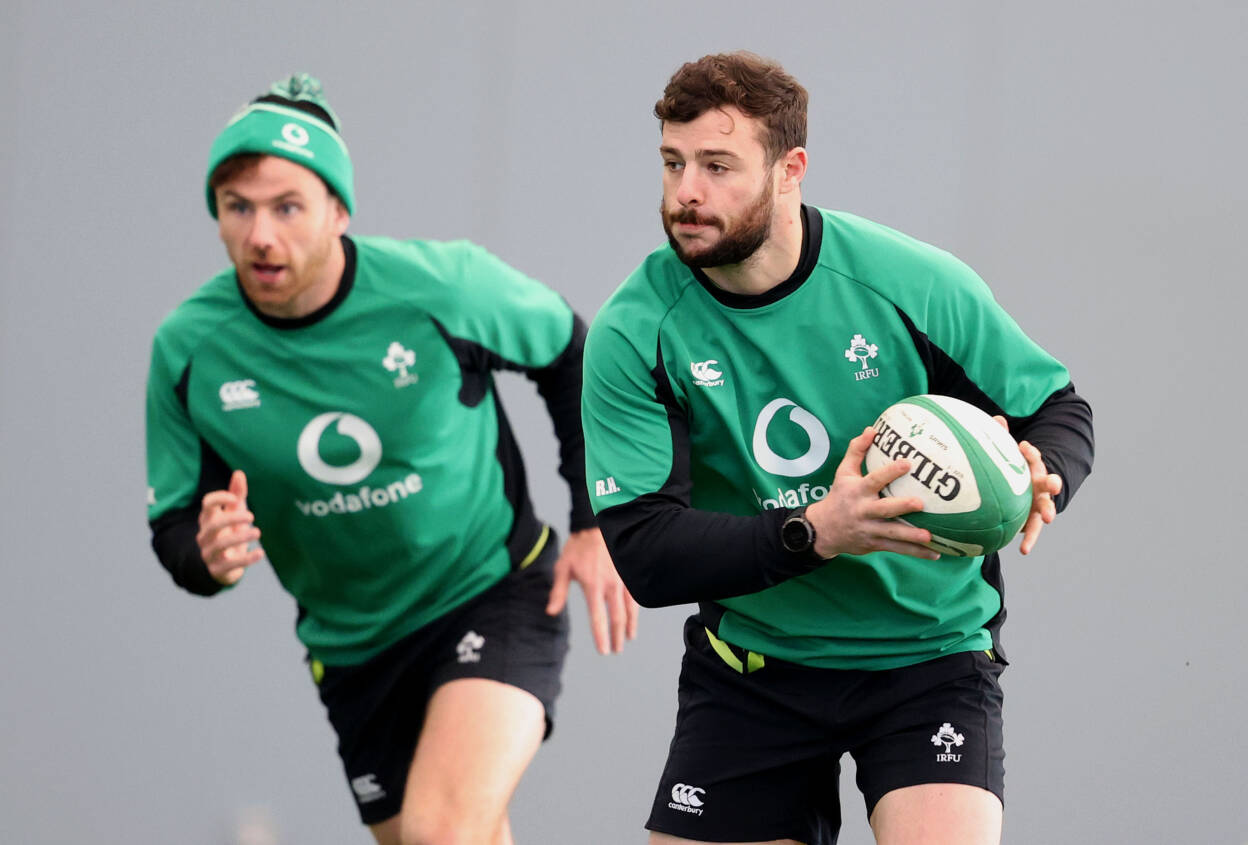 Henshaw has had to contend with injury woes in the past, missing out on the closing rounds of the 2018 Grand Slam success through a dislocated shoulder, and also the opening three games of last year’s Rugby World Cup with a hamstring issue.

On this occasion, however, the Athlone man was sidelined with a relatively minor problem that just needed a little extra time to fully heal.

“It has been a good rehab. Fortunately the injury was just more of a niggle that we just had to sort. Thankfully it wasn’t any long-term injury. Everything has gone according to plan and back into full training, so it’s all positive.”

Whereas last weekend’s game saw them facing Georgia for the first time in more than six years, Scotland are very familiar opponents for Andy Farrell’s men.

Come this Saturday, the Celtic rivals will have played each other four times in under two years – between the Guinness Six Nations, the Rugby World Cup and the Autumn Nations Cup. 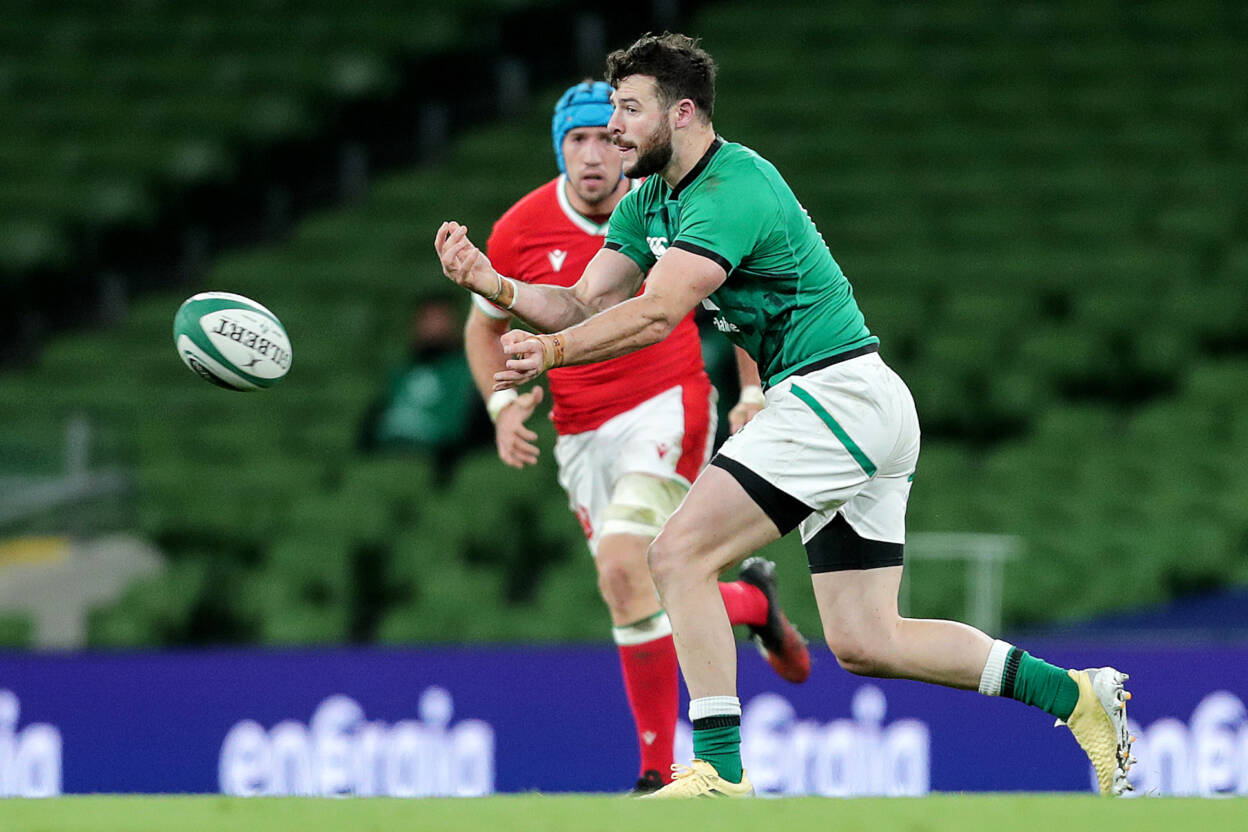 Having also squared off against the vast majority of their squad in the Guinness PRO14, Henshaw knows exactly what to expect in the 2020 finale at the Aviva Stadium.

I think Scotland are always going to be tough physically, they’ll come hard at our breakdown and they have some good backs out wide.

“I think for us, we play them regularly in the PRO14 but when it comes to the international stage, they always come and they never give up the fight.

“From playing against them for years now, they’ve always been a really tough side to break down. We really need to have our detail in order and we need to be prepared well for what’s going to be a tough, physical game.”

Henshaw, who will pick up his 47th cap if selected on Saturday, also dismissed the notion that Ireland are moving away from detail under head coach Farrell.

Even though there is a freedom for players to express themselves, structure remains an integral part of their game from Henshaw’s viewpoint.

In order for things to click, it’s down to the individual that they’re spot on with their detail. Everyone knows once you step into international camp, detail is nearly top of the list always. For us, we have been doing our detail.

“We have been getting it right and it’s just about our decision-making on the back of that detail. We can play with our heads up and we can see what’s on and make the space.

“I suppose detail falls into a bracket where, on the run, you have to be able to adjust and adapt. That’s where we’re trying to get to. For us, we just focus on our drills. First is your set piece.

“You get that right, that’s the bit of detail everyone needs to know. Then when you get into phase play, that’s where the detail more or less is broken down and you have to play what’s on in front of you.

“That’s where we’re going and that’s what we want to do. We want to be able to keep building and keep seeing where opportunities unfold as we go through phases.”