Richie Murphy believes the teams’ respective kicking games could go a long way towards determining the outcome of tomorrow’s latest tussle between Ireland and England.

Ireland’s skills & kicking coach was speaking a short while after the James Ryan-led squad had taken part in their Captain’s Run session at Twickenham.

In recent meetings, the smart tactical kicking of Eddie Jones’ men – not just that of captain Owen Farrell, but a number of English backs – has caused plenty of problems for Ireland.

Speaking ahead of the Autumn Nations Cup clash, Murphy expects the hosts to execute a similar game-plan tomorrow and Andy Farrell’s charges will need to find ways to counteract it. He said:

Against England, they’ll come with a big kicking game and they’ll come to add a lot of pressure and try and put the ball back in behind you.

“Making sure we’re on top of that, making sure we can deal with the stuff that comes into our back-field is going to be really important and how we get out of our end.

“They’re the big things. Obviously when we have the ball, we need to be clever with how we use it. Field position is going to be massively important, but when we get a chance to fire the shots we’ve got to take them and not go into our shell.”

As regards Ireland’s own kicking game, Murphy feels it has improved since last February’s 24-12 defeat at Twickenham. It is an area he is confident they can get some joy in.

“It comes down to good decision makers and it comes down to responsibility of everyone in the team because you can’t just have a nine and a 10 making all of the decisions.” 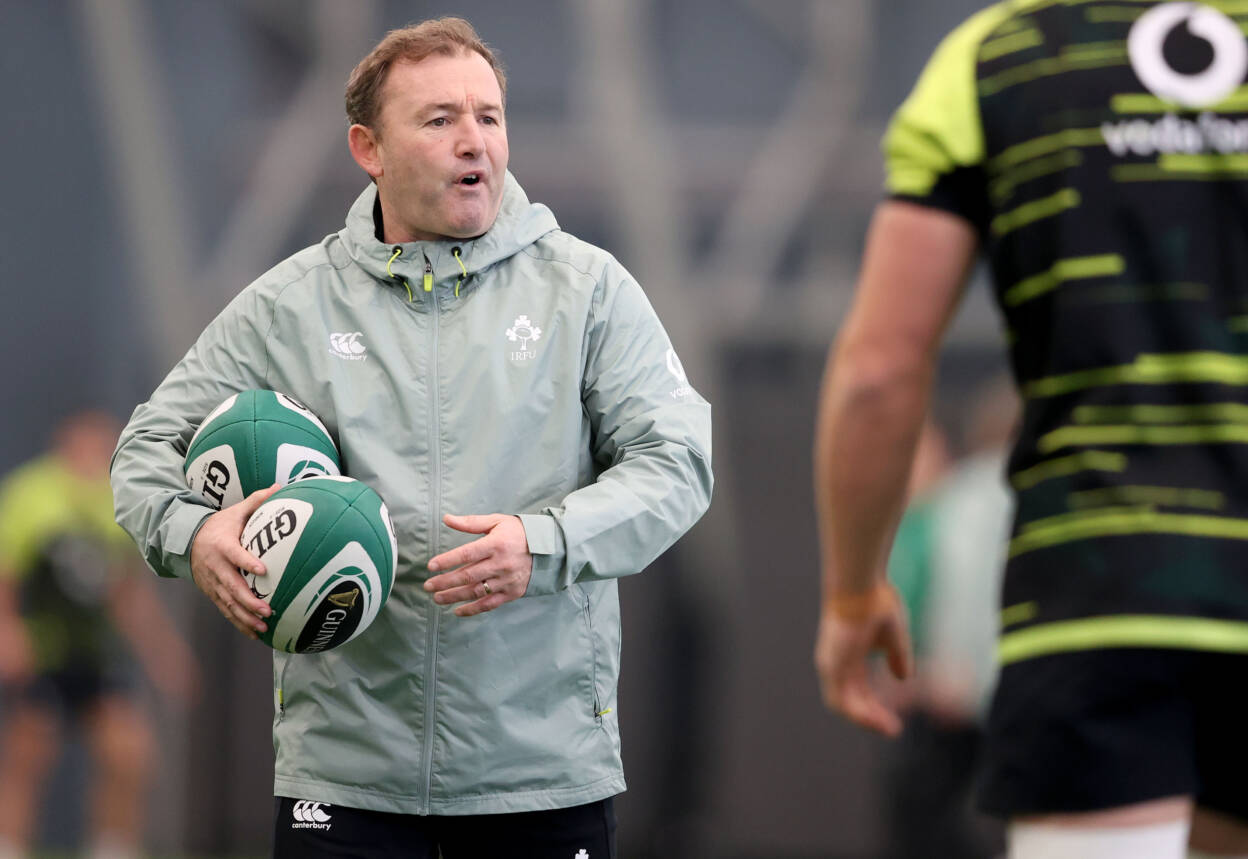 The second round showdown marks a big day in the international career of Ross Byrne. Just one of the Dubliners’ previous eight caps has been as a starter and that was in a chastening Rugby World Cup warm-up defeat to England in London last year.

Having done so on several occasions with his province, Byrne gets the opportunity to step into Jonathan Sexton’s shoes this week, alongside their Leinster colleague Jamison Gibson-Park. Like the Ireland head coach earlier in the week, Murphy offered a ringing endorsement of the 25-year-old.

I’m very confident in Ross. Ross is getting a big opportunity. Obviously coming out of Johnny’s shadow, like he does for Leinster, is tough.

“Because people will obviously be very focused on him. But he’s led the week really well. He has stepped up. His communication with the guys around him, and his leadership and his work with the likes of James Ryan and the other boys has been really good.

“He’s going into a Test match that he knows is a massive opportunity for him personally, but I know that Ross will put the team first and try and guide his team in the right direction.”

That one-sided encounter in August 2019 – the second of four fixtures Ireland played as a lead-in to the World Cup in Japan – is the only previous time Ireland have faced England outside of the Six Nations in recent years.

However, it is there that the comparison between that game and tomorrow’s Autumn Nations Cup tie begins and ends for Murphy.

“As we said at the start, it is a new group and some of the players are only new into it. The likes of Hugo (Keenan), Jamison, all these guys, not too many caps behind them.

“With that, there’s a freedom in how they play. That’s what we’ll be trying to back this week, is getting these guys out and letting them express themselves the way they see fit, within obviously our structure.” 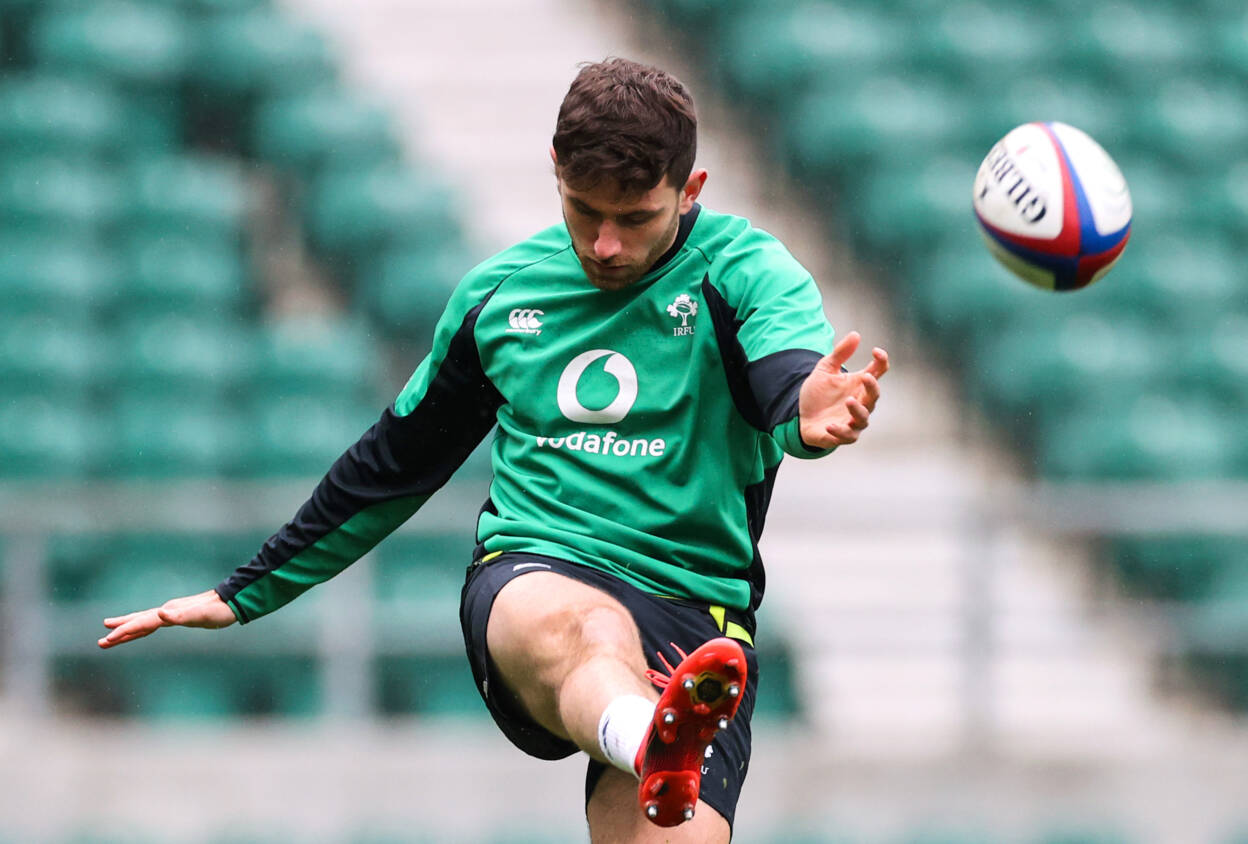 While the newly-crowned Six Nations champions have enjoyed the upper hand in the sides’ last three meetings, a number of well-timed sucker punches to the Irish challenge has helped them along the way.

Murphy and the rest of the Ireland coaching team have emphasised the need to respond in a timely fashion to any setbacks and immediately switch their focus to the next task.

“That’s one thing we’ve been working on for a long time, is how we move on to the next thing as a group. I think where we’re getting to is, obviously this team there’s quite a few new faces in it.

“Those have really come in and brought the rest of the guys forward in many ways. Dealing with those little setbacks and getting onto the next moment is massively important.

“A little like what I was saying there earlier on. If those first couple of moments don’t go that well, our focus needs to be on the next ball.”