While the Welsh will enter this contest on the back of a difficult run of form – five defeats on the bounce since their win over Italy in early February – they arrive in Dublin with some big hitters up front.

Following the Captain’s Run yesterday, Fogarty said: “I thought there was a few really good things that were put in place over the last few weeks. We’re well on the road to putting out a really good platform at scrum time.

It’s a different challenge this week. There’s differences in what they’re going to do around loosehead. For us, we’re only really focused on delivering a stable platform to start with and if there’s opportunities for us to take them, we’ll be there.

“We want to keep building on what we have at scrum time leading to some dominance. That’s where we want to go. Like I said, there has been a few good weeks. Performance-wise, it hasn’t been too bad against Italy.

“We’ve learnt a lot from the French game. This week, we’re quite excited to get out there and see what we can do. Samson Lee and Tomas Francis, they’re both well established as tightheads.

“It’s going to be a challenge, but we’re very much looking forward to it. We would hope that we could do something meaningful at scrum time in this game.”

Elaborating further on last Saturday week’s defeat to France, Fogarty felt there were positives to take from the game but stressed there was a need to work on the team’s communication levels.

“There were small parts around our communication at times. When we put ourselves in good areas, it’s how we take those moments.

“How the players are communicating with each other during the week, so that on the weekend we’re nice and clear of what we’re doing and we’re able to execute. Bits around that.

“In attack and defence, how we can actually communicate. Put ourselves in better positions and get it done. It has been a good week so far. It’s going to be a tough test.

“Some of the moments we didn’t take against France, we want to take those moments this weekend. Lot of energy to do that at the weekend, representing our country.” 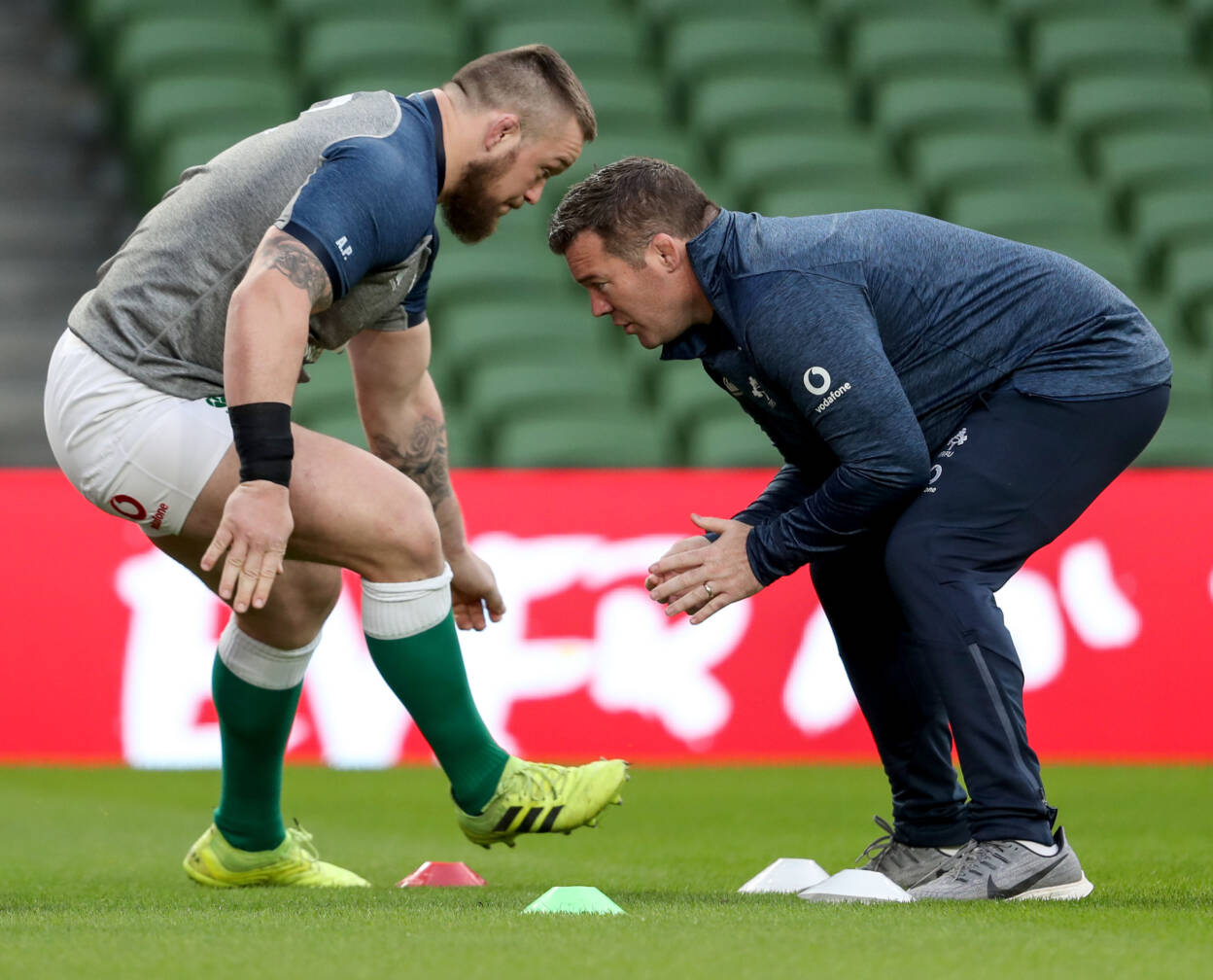 Just like his Leinster team-mate James Ryan, tighthead prop Andrew Porter will pick up his 29th Ireland cap tonight. In the injury-enforced absence of Tadhg Furlong, the 24-year-old has been afforded an extended run in the team.

Prior to being his coach at provincial level, Fogarty also worked with Porter in the Ireland Under-20 set-up back in 2015. The former hooker has been thrilled with his progress since then and believes his game intelligence makes him a potent threat.

Andrew, in the past, he didn’t have enough patience at times. The journey he has been on over the last number of years to learn his craft, so that he can deliver at scrum time, has been great to watch.

“He’s a very, very smart player. Not all props are thick, so he’s one of the smart ones. I can assure you! He has used his smarts to scout, to look forward to where the opportunities and the threats are.

“He has developed his training week really, really well and he has grown in confidence. I think he’s at a stage now where he can step up and certainly we’re looking for that out of him.

“He’s well established in the team, he has played lots of rugby. He’s certainly someone who has learnt his craft, has developed patience and he has set himself a huge standard to perform to. We’re excited to see him play this weekend.”

Given the Autumn Nations Cup is a brand new competition, there is understandable curiosity as to how each team is going to approach it.

Although the Ireland coaches are, on the one hand, viewing the tournament with a developmental aspect in mind, there is no doubt as to what the ultimate goal will be for them and the squad over the next few weeks. 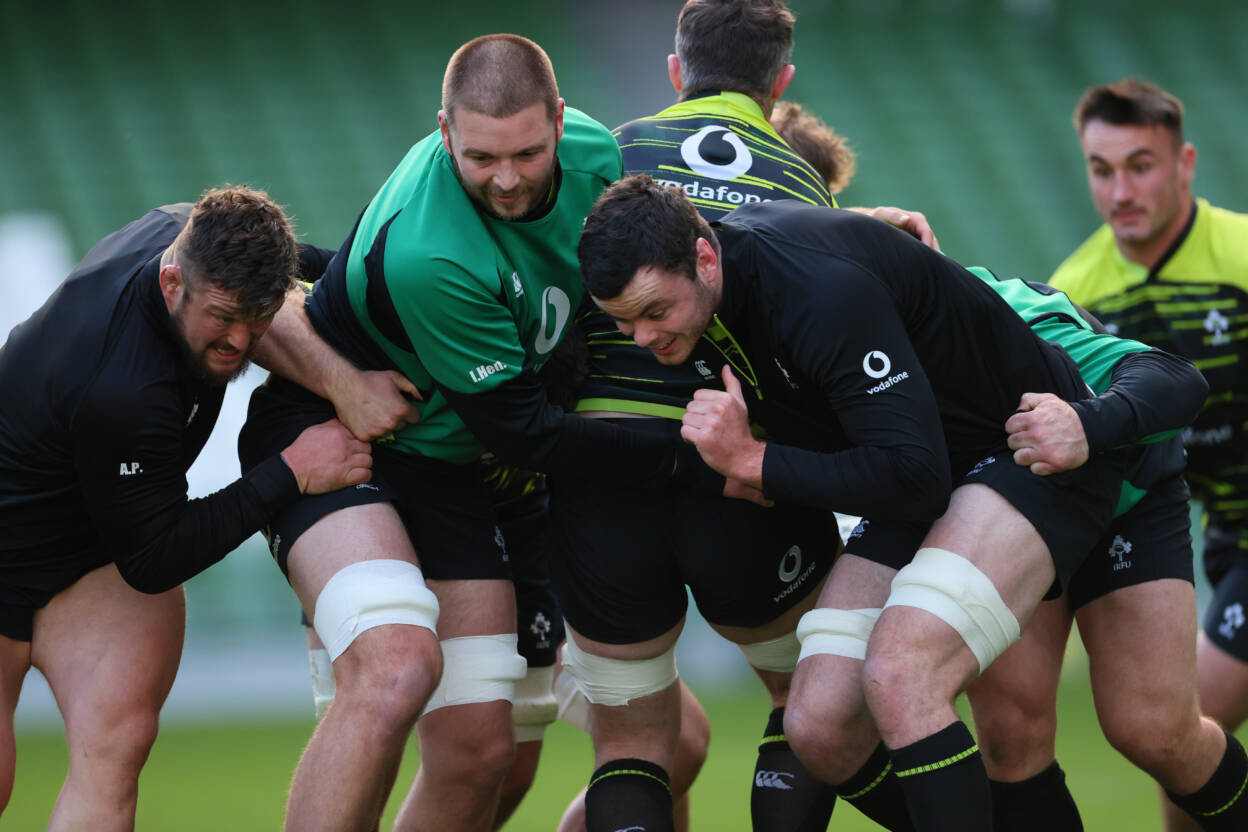 Fogarty added: “Any time there’s a competition, the mindset going into it as a group of players, as individuals, as a group of coaches, is always going to be that we want to win it.

“How we develop a performance, how we grow as a group. Players getting opportunities throughout the competition. These are all things that are built into our mind with this competition as well.

“Certainly the mindset at the outset would be that we want to perform as best we can so that we can win this competition. There’s so many little pieces in there as well.