Ireland captain Jonathan Sexton insists the squad have moved on from the Six Nations and are now fully focused on their opening Guinness Series and Autumn Nations Cup game.

Following on from their 35-27 final round defeat to France on Halloween night, which ended their Championship hopes for 2020, Andy Farrell’s men will begin the new autumn tournament against familiar rivals Wales.

Speaking ahead of the Aviva Stadium clash, Sexton said: “That’s where the challenge has been through the week, drawing a line under the Six Nations.

Obviously the new coaching team was assembled at the start of the year. We’ve had a Six Nations together and we finished third.

“That’s basically what we’ve just said and we’ve lots of areas we need to improve. But also we took some positives that we’re not that far away.

“We created a lot of chances in the last game especially and we just need to start capitalising on them. Realistically, we finished third. That’s the bottom line. We’ve got to improve. That has been what we’ve tried to do all week.”

Whereas Ireland were frustrated to finish behind both England and France in the Six Nations table, it pales in comparison to Wales’ woes over the course of the recently-concluded campaign.

Grand Slam winners in 2019, the Welsh registered just one win from five games – a first round demolition of Italy back in February – under a new coaching team headed up by former Scarlets supremo Wayne Pivac.

Nonetheless, Pivac’s charges still came away with three losing bonus points and Sexton believes they are a much better side than recent results indicate.

“They’re a good team. Sometimes you can go through a run of results like they have and you know you’re not that far away, but just can’t seem to get it together at key moments.

“They’ve had a couple of tight encounters that haven’t gone their way as well. Two teams that will be hurting a little bit, or hurting a lot probably. It will be a really tough game come Friday.

“Like I said, we know the quality of player that they have and the people in their backroom. I’m sure they’ll be much improved this week and we hope that we will be soon. I’m sure it will be a good game.” 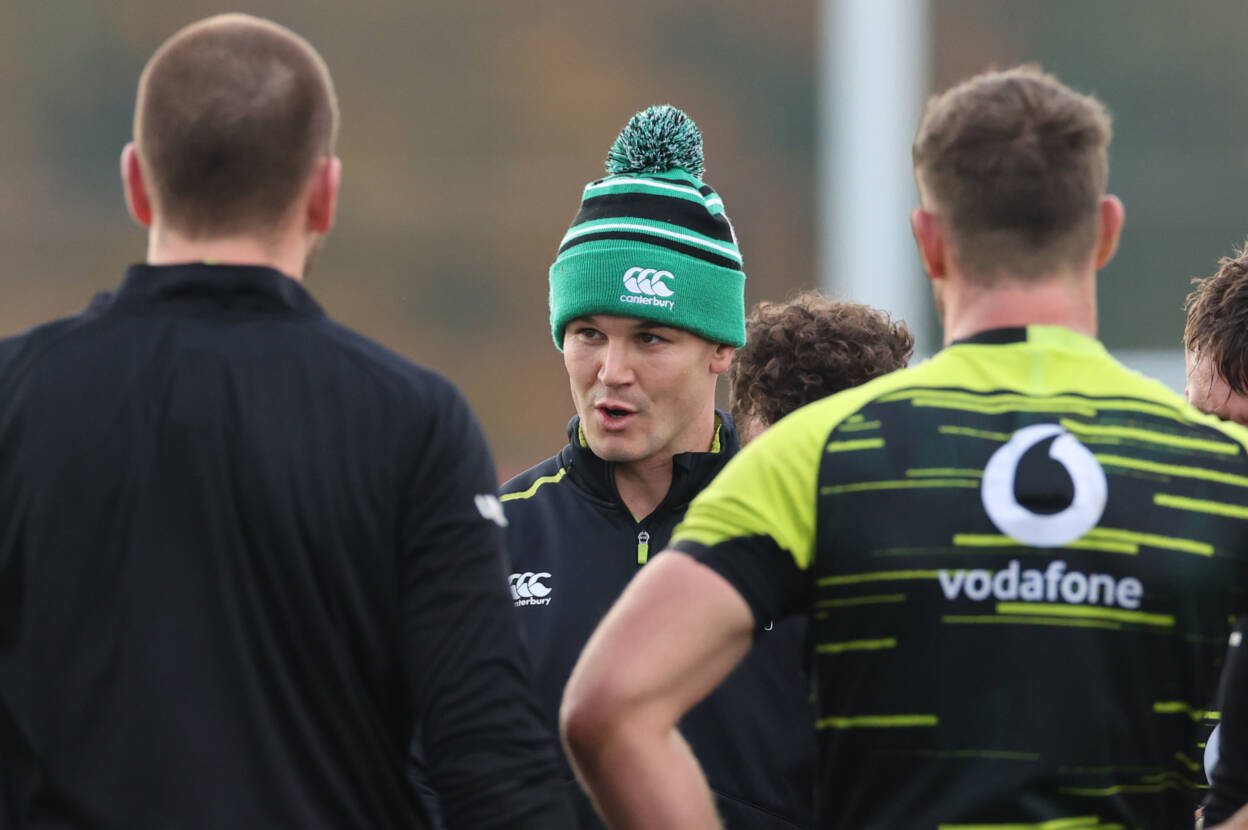 As a player with three Six Nations Championships, four Champions Cups and five PRO14 titles to his name, it is little surprise Sexton is going all out to win the inaugural Autumn Nations Cup.

Beyond the search for more silverware, there are other goals the 35-year-old out-half would like the Ireland team to achieve as they look to close out the calendar year on a high.

“I think we’d have liked to have improved our performance levels and be consistent in it. We’re trying to just focus on 2020 because it’s a new team and new coaches.

“We’ve tried to just focus on this campaign. We’ve had some great performances, we’ve had some average and we obviously had a poor one over in Twickenham. Especially in the first half.

It’s improving our consistency over the next four games. Making sure our performance level improves from last week (against France) and (it) stays at a high level week on week.

“We don’t want to go, like, massive performance, massive dip. Up and down. We need to get that level of consistency. Sometimes that can come with being together a while.

“You looked at the last Irish team under Joe (Schmidt). It took us a while to get that consistency and then over a few years we were really consistent.

“Winning four out of five games in the Six Nations. Winning a Grand Slam. We can get there. We know we can. We’ve got the people in our team. We’ve got people in our backroom staff and the coaches.

“Top class coaches, top class people and we can get that. We just need to stick together and, like I said, view the Six Nations as a start for us. Not a drag over from the previous campaigns.” 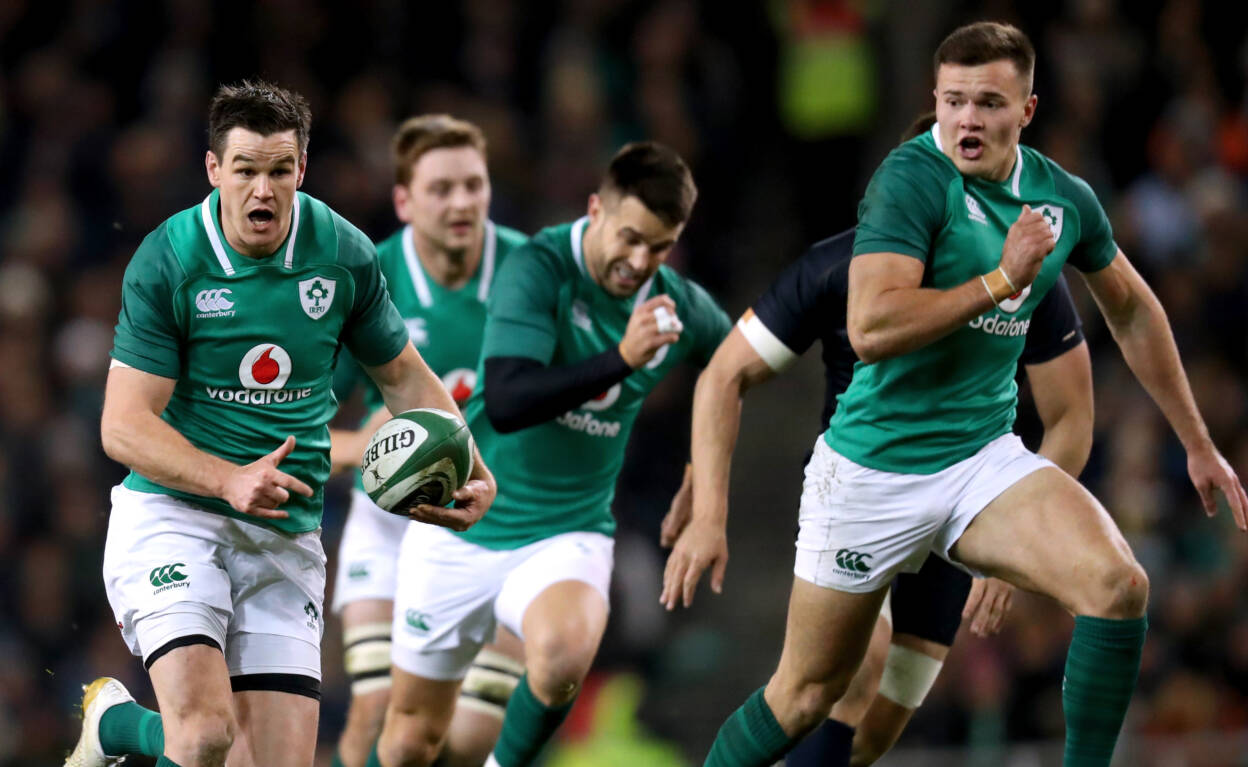 The eight-point loss to les Blues was a tough one for this Ireland squad to take, but Sexton revealed the mood in the camp remains positive. This includes Ulster’s Jacob Stockdale, who endured a difficult night against a ruthlessly efficient French attack.

The Ireland skipper added: “I spoke to Jacob a couple of days ago and he’s been in good form. Last week was tough for a lot of guys, for everyone really. You go into a big game and we don’t perform as a team to the level that we wanted.

It was a tough week, last week. Guys were down, but the guys have bounced back really well. He’s a great guy, Jacob. There was one time he made a great line break and the ball just slipped out of his hand. It was a bar of soap.

“There’s another one that was fired at his feet and knocked on. He’ll get them the next day and we just need him to keep being himself. You saw what he can do against Italy.

“We’ve seen what he can do, especially at full-back, over the season with Ulster. Even I remember a couple of years ago playing in the quarter-final against Leinster, he was probably the best player on the pitch that day.

“Outstanding in the air, attacking. He has kept his confidence and we’re looking forward to seeing his best on Friday night.”