Despite the undoubted disappointment at missing out on a career-first Six Nations title, Ireland’s Andrew Conway is ready to switch his attention to the fast-approaching Guinness Series games in the Autumn Nations Cup.

Whereas in previous years the Ireland squad would be returning to their provinces after the end of a Six Nations or World Cup campaign, Conway and his team-mates will remain in national camp for the start of a brand-new tournament.

Having beaten them 24-14 at the same venue back in February, Ireland will face Wales at the Aviva Stadium on Friday week (November 13) in their Guinness Series and Autumn Nations Cup opener.

A trip to Twickenham follows eight days later, preceding home clashes with Georgia and a yet-to-be-confirmed team on November 29 and December 5 respectively. 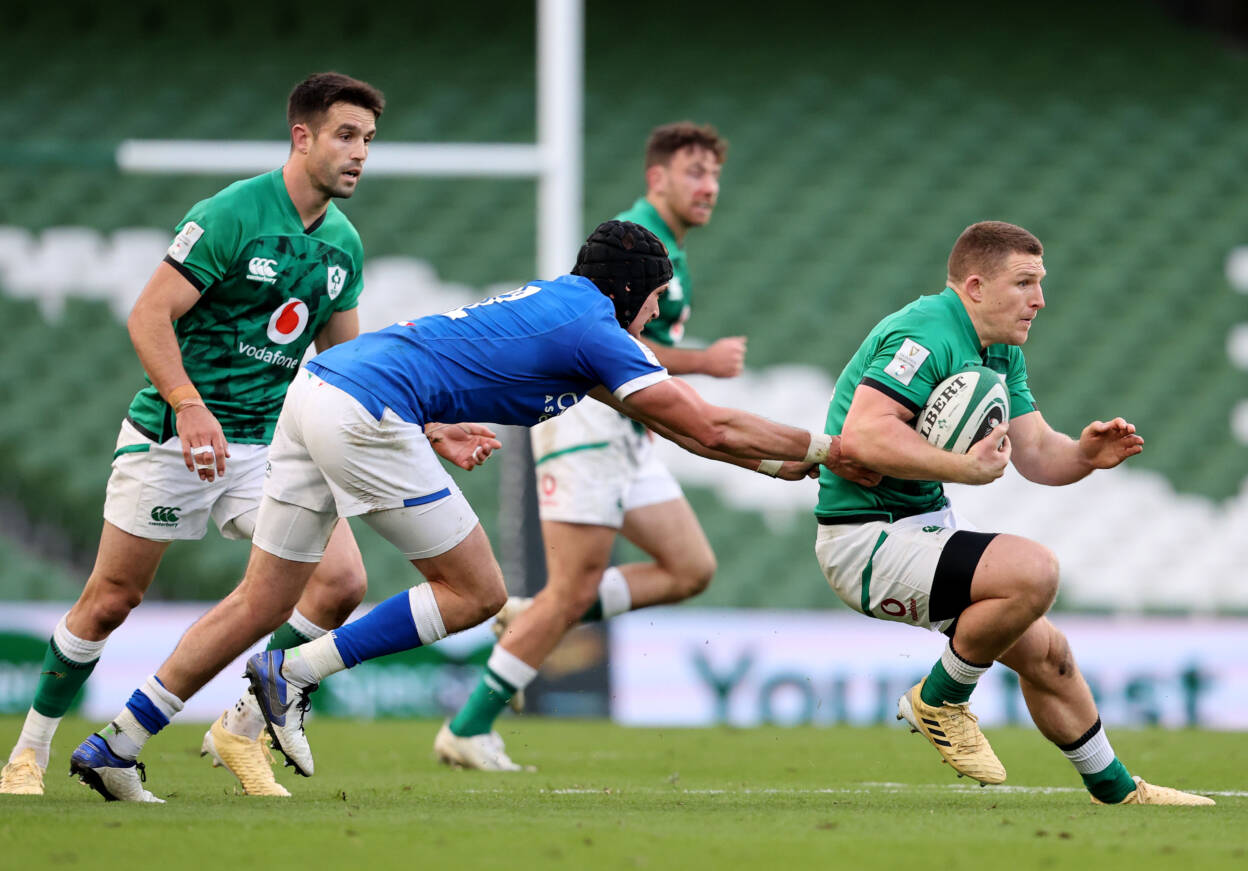 Life inside a controlled environment has been peculiar for Conway, but he insists on looking at the plus side of these current circumstances.

“It’s a new world we’re living in at the moment. The Guinness Six Nations is finishing on Halloween night and we’re into a new tournament that no one has ever played in before,” said the Munster flyer.

You’ve got to look at the positives all the time in life and you’re realistic in the reality of where we’re at and what’s happened, especially last night (Saturday).

“We’re in a situation where we’re playing a new tournament in two weeks’ time and that’s obviously extremely exciting. There’s going to be a different feel to it.

“As I said, it’s a new format. There’s a couple of new teams involved, it’s a different time of the year. There’s plenty to be excited about.”

As in most matches, there were a couple of big turning points on Saturday which helped to swing the pendulum in France’s favour. Instead of going for the posts from a late penalty before half-time, Ireland captain Jonathan Sexton kicked to touch.

However, the French defence duly turned over possession and entered the break with a 17-13 lead. Les Blues carried this momentum into the second period, where they registered 11 unanswered points up to the 51st minute.

Although the percentage option was to look for the kicking tee, Conway backed his skipper and believes there was more to the move than Sexton’s decision making.

“These are the decisions you have to make out there on the fly. Sometimes they work, sometimes they don’t. That’s life.

“Obviously you want to make them work more often than not. The boys obviously saw there was an opportunity there and felt we could go at them.

“It didn’t quite work for us yesterday and we’ve just got to live with that. We’ve got to look at it and see if there’s reasons why.

“The decision is one thing and then you look at the process around the set piece and everything that goes with that. That’s something that we’ll look at in a little bit more detail, when we’ve got more time.” 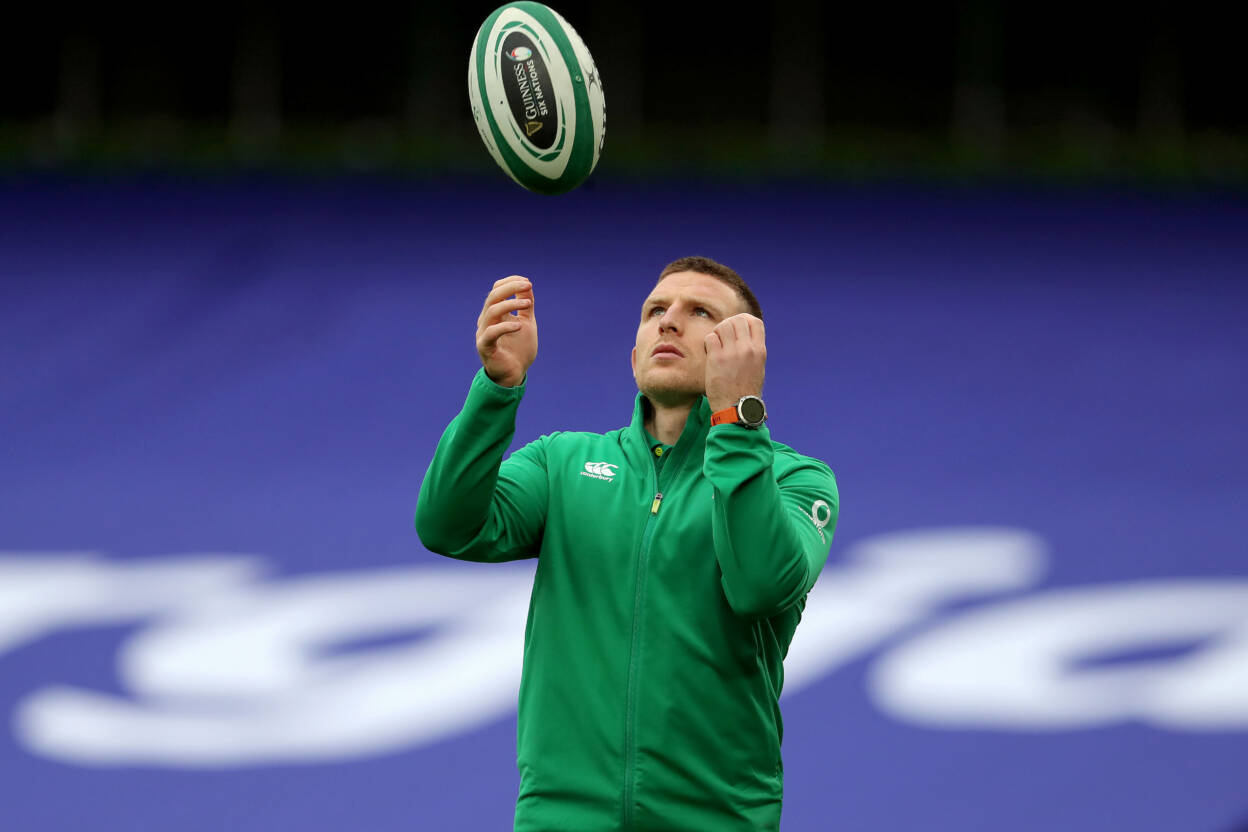 The general consensus afterwards was that Ireland produced a strong performance during the opening 40 minutes, in spite of being four points adrift. Yet Conway felt there were some issues in the first half, which were a topic of discussion in the dressing room at the interval.

“We probably were just off in the first half. We did some okay things, but then probably our body language wasn’t great at times. The coaches were looking on and had a good view of us.

“(They) know us well enough to feel and think we were a bit off. That was the message, and the message was to believe going into the second half, with the Championship on the line.

“Everything to play for, only a couple of points in it. It’s disappointing that type of chat has to be said in the environment that we’re in, but that was the reality of where we were at. Unfortunately we didn’t kick on.”

Considering Ireland enjoyed 60% possession and 64% territory, and had 14 penalties to France’s seven, this will understandably go down as a game that Ireland potentially left behind them. 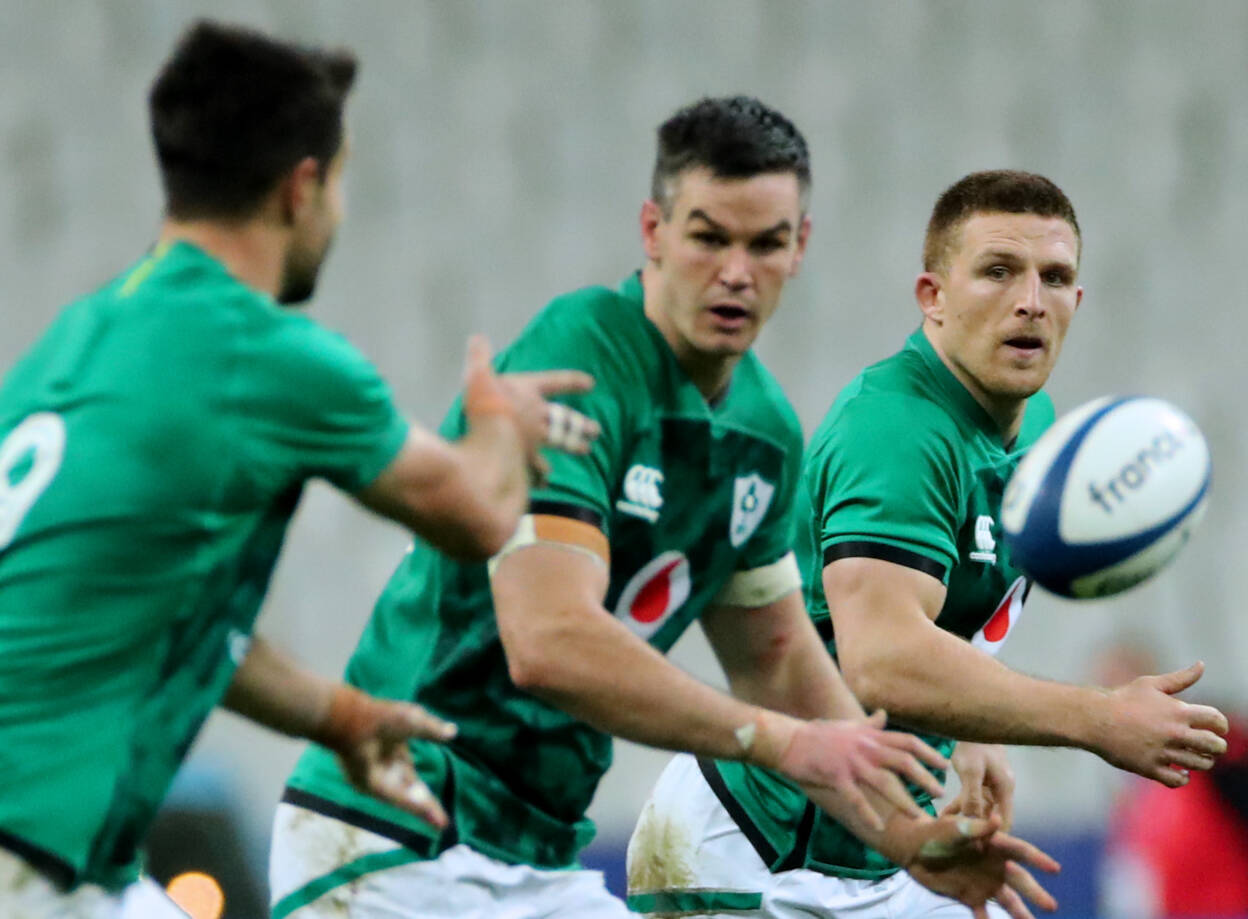 A number of errors (some of them unforced) were pinpointed by others within the camp – such as head coach Andy Farrell – as having played a part in their eventual downfall.

While learning from mistakes is easier said than done, Conway has faith that this squad can continue to build for the remainder of the autumn window and into the 2021 Six Nations. He added:

The reality is we’re in a Test match environment and things do go wrong. Obviously we want to work as hard as we can during the week and be as prepared as we can for that not to happen.

“But it does happen and it’s obviously very disappointing for us that it happened in such a big game with such a big opportunity for us. Obviously I can sit here and say we’ll learn from everything.

“We don’t want to be in that position again, but we’ve just got to rally around together and just continually try and get better.

“From a group point of view, we’re early on under Faz. There’s a great group of lads. We feel we’ve got a great squad to push on, have a great few months and keep going.

“We’re going to keep quite tight-knit and look forward to a big month of new rugby. New format, new competition. See what we can do.”