Irish Rugby’s 2020/21 domestic season took another turn last week with a move to Level 5 in the Government of Ireland’s Plan For Living With COVID-19.

Non-contact training can continue for school aged children in pods of 15 but along with all rugby activity in Northern Ireland, collective training opportunities have been shut down for adult clubs under Level 5 restrictions.

The IRFU’s Rugby Development Department will be delivering resources to clubs to help them navigate another disruption and its director believes that the rugby community will once again rise to the challenge.

“You have to be blown away by what the clubs have done,” says Colin McEntee. “It wasn’t just their drive to get rugby back over the summer – it was a drive to do it in a safe manner with all the proper procedures in place. That gave members the reassurance they needed to return to rugby and we saw some really strong numbers active in pre-season.

“It probably highlights the connection that’s there between club and community.”

The new restrictions will test the resolve of the community game once again. McEntee believes it’s about making the choice to focus on what we can do instead lamenting what isn’t possible for now.

“You can look at it half full or half empty,” he says. “We should take stock of the fact that we were the only one of the four nations to get rugby open again in the community in the first place. We navigated the hardest part of the return to rugby journey, got a pre-season under our belts and a number of matches played.”

“We fully understand the need to put public health measures in place, so now it’s about asking ourselves what opportunities there are to come through this period having gained something.

“That starts with looking at what can be done in non contact training. It retains all the health and wellbeing benefits, but if we’re going to keep our players engaged we’ll have to be more creative in terms of session planning. If we do that, there’s a real opportunity to look at core skills that will help us when we get back playing again”.

“Our players will want variety. They’ll want fun and enjoyment and they’ll still want to learn in game-based sessions. It’s important to remember that fun is one of the five core values of Irish Rugby. Doing the same thing every Tuesday, Thursday or Saturday probably isn’t going to cut it so there has to be a mix and there has to be challenges.

Before taking up the role of IRFU Rugby Development Director, McEntee built up over 20 years’ experience in player development from working as Leinster’s Academy Manager to his role as High Performance Manager within the IRFU. He was still working in Leinster when Joe Schmidt was appointed their Head Coach in 2010. 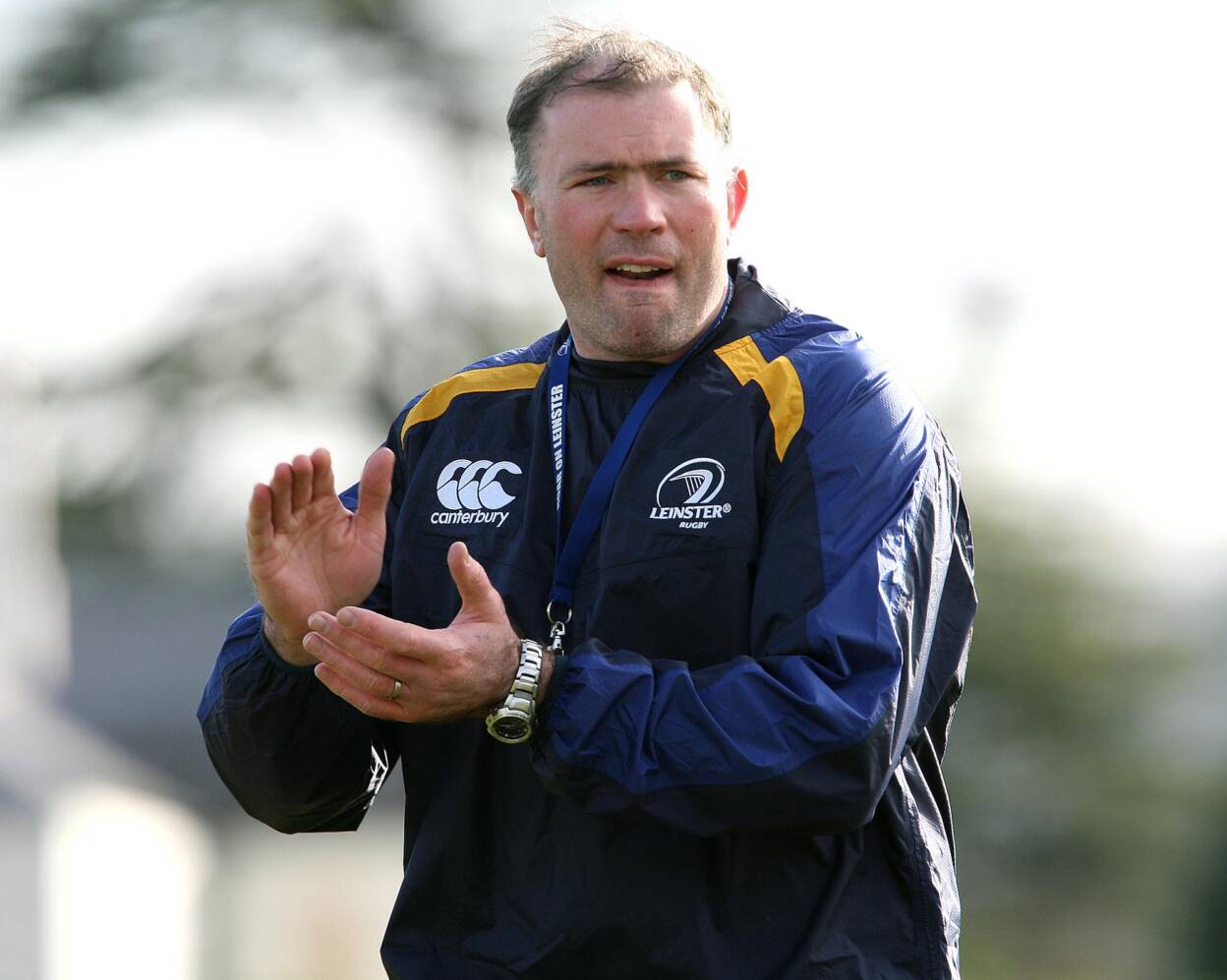 “One of the things Joe spoke about publicly was passing,” says McEntee. “In every session there was a focus on catch/pass for every player. Whether you were a British & Irish Lions Captain or a young academy player, the ability to catch/pass and then catch/pass under pressure enhanced everyone’s effectiveness.

“You need strong foundations to activate a strong game plan and the winning of European Cups doesn’t just happen overnight. At grassroots level, there’s an array of stuff that players can focus on and equally coaches can get excited about because they can really sell a vision.

“It can amount to what kind of game we want to play when we get the game back up and running again and having those building blocks that going to support our overall game plan.”

The adult game at domestic level will have to do without collective training or matches for the time being.  McEntee remains adamant that the lessons learned in the first lockdown will serve clubs well in the weeks to come.

“The bonds formed by rugby didn’t leave us when all this started. They just moved online along with everything else.

“Clubs came together to stay connected, share ideas and keep each other motivated to train and challenge our individual skills and fitness.

“We’re beyond the Return To Rugby phase now and a lot of matches have already been played. You’ve had the completion of the Guinness PRO14 and the Champions Cup. Now we’re in an international window with the Guinness Six Nations, the Guinness Series and the Women’s Six Nations.

“There’s a way to look at those games that will serve players well. Understanding before action makes you a better player and we’re all in a position to be students of the game again.

“Coaches can set tasks for players to look at their positions. You can analyse set pieces and feedback their effectiveness to a wider group. Units can look at phase attack or defence in certain areas of the pitch. You can look at the Ireland versus Italy matches and really look closely at how Ireland will look to build pressure and use accuracy to turn it into scores – hopefully!”

Coaches, players and match officials looking for development opportunities should keep an eye on IrishRugby.ie in the coming weeks for digital resources to help them stay rugby active in lock down.