The publication of the Irish Rugby Football Union’s (IRFU) Annual Report for the 2019/20 season has further outlined the widespread impact the ongoing Covid-19 pandemic has had on the Union’s finances, despite the welcome return of the Ireland Men’s and Women’s senior teams to Six Nations action this weekend.

After recording its best-ever financial year in 2019 with a surplus of over €28 million, the IRFU’s financial position has changed dramatically in 2020 and the true effect of the pandemic is laid bare in the Union’s financial statements, presented by Honorary Treasurer, Tom Grace.

A change to the IRFU’s accounting period to 31st July – to align the financial year to the actual season which now stretches to July to accommodate the Summer Tour and also to get closer alignment with Branch year ends – means the 2020 financial statements cover a 15-month period.

“The last six to eight months have been extraordinary and outside the experience of most, if not all of us, and not surprisingly this has had a significant impact on our accounts,” said Grace, who stands down from his position this year after 13 years as Honorary Treasurer, writes in his report.

“Normally at this point I would be saying that Rugby World Cup distorts our result when compared to the previous year but this impact is dwarfed by the effect of Covid-19 and the change to our accounting period.”

The IRFU suffered a deficit of €35.7 million for the accounting period, after income fell from €87.5 million to €79.2 million and expenditure increased from €84.2 million to just under €115 million. In respect of expenditure, Grace highlights the effect of the three additional months of payroll costs, which impacts many of the Union’s cost centres.

Gate receipts fell by c. €5.8 million for the IRFU in the 2019/20 season due to the replacement of the normal Guinness Series of three Test matches at Aviva Stadium with two Rugby World Cup warm-up matches in August 2019, while the postponement of the Ireland v Italy fixture in the Guinness Six Nations last March due to Covid-19 had a further significant impact.

This postponement also has an impact on the Union’s broadcasting income, as does the nature of the warm-up matches, against Italy and Wales, compared with the normal Guinness Series matches against southern hemisphere opponents.

The net surplus arising from Rugby World Cup participation did, however, exceed expectations by c. €0.8 million and the Union’s Commercial income improved due to a new additional sponsorship, contractual increases and the aforementioned extension of the accounting period to 15 months.

“We have been very fortunate that almost all of our commercial partners have maintained their financial relationship with us throughout this crisis and we are profoundly grateful to them for their support.”

In respect of expenditure, player and management costs increased by €4.8 million due to the additional three months of payroll less savings in relations to bonuses, in light of fewer Guinness Series matches and the postponement of Ireland v Italy.

One of the first things to note in expenditure, Grace says, is the movement in bad debt provision of just over €16 million, which arose due to the impact of Covid-19 on the four Provinces where restrictions around match attendances has left Leinster, Munster, Connacht and Ulster unable to pay their share of the player salary costs paid by the Union.

“It would be very important to note that this represents a movement on a provision and should not be interpreted as a forgiveness of any part or all of this debt,” Grace outlines. “The Union is working on an appropriate financial package to assist the four Branches in getting through these difficult times.”

In 2019/20, Men’s Sevens, Women’s representative teams, academy and high-performance costs all increased, largely due to the three additional months of payroll costs. In addition, high-performance costs increased due to over €1 million in new costs in relation to the running of the IRFU High Performance Centre on the Sport Ireland Campus, as well as staff increases agreed in the 2019/20 budget.

Domestic and community game costs are up by c. €3 million for a number of reasons, including the appointment of four Women’s Development Managers, the club Covid-19 emergency fund and the effect of three additional months of payroll, while grounds costs increased significantly due to three additional months of license fees paid to Aviva Stadium, together with floodlighting costs carried out at Kingspan Stadium in Belfast.

In acknowledging the Union’s immediate action when the Covid-19 crisis first hit, including agreeing salary deferrals with staff and players and subsequently cuts and reductions in working time, Grace added:

“The IRFU has prided itself on being able to adapt to changing financial circumstances and whilst the scale of the challenge facing us is enormous, I am confident that we can meet it but there will be pain across all aspects of the game. It is essential that we emerge from this crisis in a strong, competitive position and the Union will continue to work toward that end.”

While the pandemic severely disrupted the rugby calendar, there were a number of notable highlights from the 2019/20 season for Irish Rugby across all levels of the game. The opening of the new IRFU High Performance Centre now provides a world-class home for all National teams and for Elite Player Development, and also houses the IRFU High Performance Department Staff Offices and Performance Analysts Office. 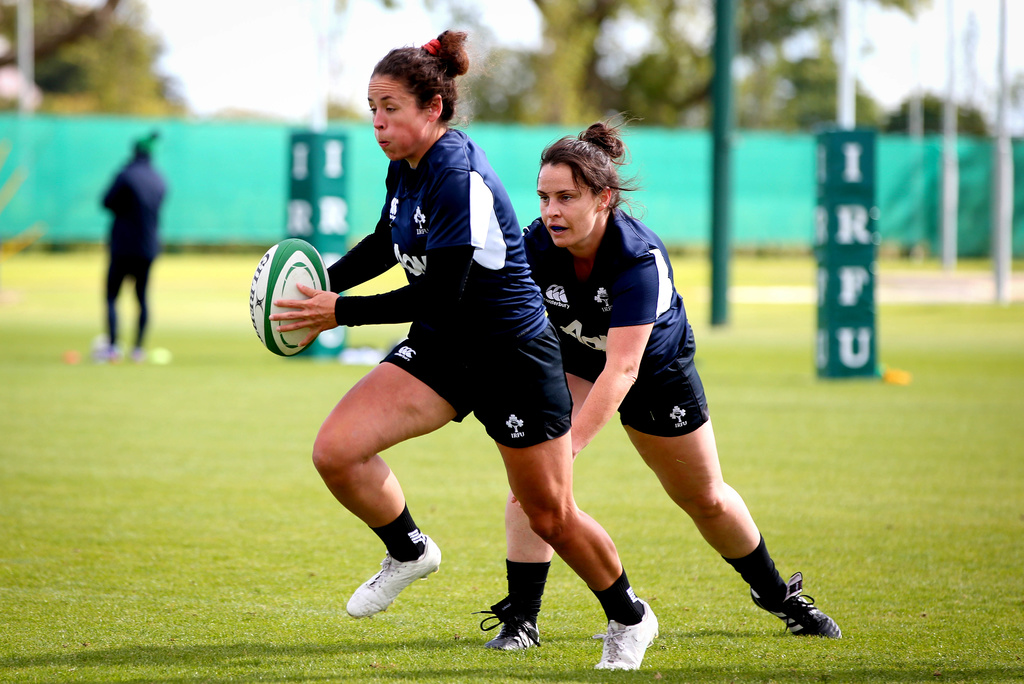 On the pitch, the National Talent Squad programme continues to grow and has been resourced over the past season with 50 players, aged 17-20, from across the four Provinces, over 2,000 participants from 120 clubs participated in the Aviva Mini Rugby Festivals and, for the first time, the IRFU National Programme assembled an U18s Women’s XVs team in 2020 as they embarked on a rugby education weekend to play Scotland U18s in Glasgow.

Commenting on the Annual Report, IRFU Chief Executive, Philip Browne, said: “It is no surprise that Irish Rugby has experienced one of its worst financial years ever. COVID-19 will continue to challenge us all until a vaccine is available and we are very grateful to the government, our sponsors and our patrons for continuing to stand with us at a time where we are unable to fill the Aviva Stadium with our fantastic fans.

“At a time of despair for many, sport can provide a welcome distraction to the reality of our situation.  Over the coming weeks our Women and Men will pull on the green jersey to represent us all, and in doing so will give many of us all a welcome lift out of the doom and gloom of COVID-19, even if just for a short while.”