Ireland Women’s head coach Adam Griggs acknowledged that his team’s match sharpness will be tested to the max in the opening minutes of Saturday’s Six Nations clash with Italy at Energia Park (kick-off 6.30pm).

When Ciara Griffin leads the team out in Donnybrook this weekend, it will be almost eight months to the day since their most recent international fixture – a third round defeat to England in Doncaster back on February 23.

As intense as their training has been in recent weeks, Griggs is aware it is no substitute for the ferocity of a Test match environment.

It will certainly be something that the girls will all get a feel for in the first 10 minutes of this. The lungs will be burning, the full contact aspect of it.

“We’re trying to replicate it as much as we can. The beauty of sports science is we’ve got our GPS and that’s helped us track our match intensity and where we’ve come from in those last Six Nations games.

“We’ve used that science as much as we can to again, replicate what we can in training, but again there’s no substitute for getting out there and playing.

“It’s something we’ll be focusing on this weekend, making sure we start fast. Trying not to let Italy into the game.”

During the intervening period between the two matches, Griggs had been afforded ample time to examine the playing resources at his disposal. The side that will take to the field on Saturday shows seven changes to the one that started against England.

While Griggs’ hand has been forced by the absence of Aoife McDermott and Edel McMahon through injury (Claire McLaughlin is also ruled out of this Six Nations window), Dorothy Wall is the only newcomer to the starting 15. 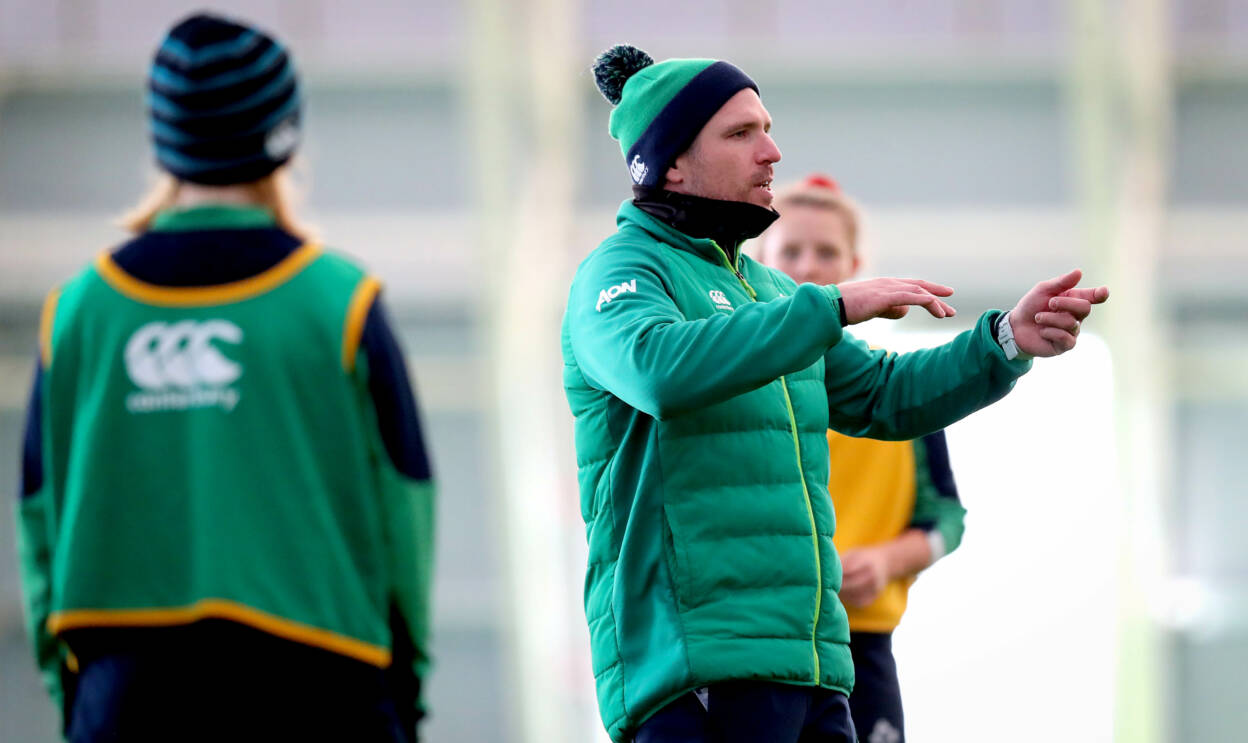 Even then, the Tipperary youngster made three appearances as a replacement in this year’s Championship and is already up to speed with what is required in the international arena.

“There’s been a couple of changes from the last match we played against England but for the most part, it’s quite a settled squad,” explained Griggs.

“We’ve obviously had a month of training camps now and the involvement of the players has been really good. Those that were selected way back in March have stepped up as well so we’re looking forward to seeing this group continue what they started.

“There’s some positional adjustments. We’ve had some injuries as well but this squad and these players that have come in have been with me for a good couple of seasons and have been in this squad. They’re not a stranger to this level so it should be good.”

Of particular interest to the team’s loyal supporters will be the return of former captain Claire Molloy. The Galway woman last lined out at this level in a Six Nations defeat away to Wales on St. Patrick’s Day 2019.

A medical doctor by trade, Molloy subsequently took a sabbatical from the game and missed out on the opening three rounds of the 2020 tournament as well as last November’s Test against the Welsh in UCD.

However, she is now back in her customary position of openside flanker, alongside Munster duo Wall and Griffin in a potentially explosive back row unit.

Although the structure of the side’s play has been altered to a degree in her absence, Griggs has been impressed with the adaptability of a player who will be picking up her 70th international cap on Saturday.

“We’re delighted to have Claire back. In one way it’s interesting. She’s got her shot straight in at starting. Certainly through Edel, who was nominated for Player of the Year with this group but she’s injured at the moment. There’s no better person to come in than Claire.

She’s hit the ground running. She’s obviously been away for a season but she’s come back in. She’s learnt some of the things we’ve been doing with a group of new coaches.

“It’s still a good Claire Molloy who has been really good so far in training. She stood up, her quality is still there and again, the experience and how she reads the game is another invaluable part of it.

“The physical attributes are there as well but for us at this level, it’s players who understand reading the game and are able to adapt and adjust to what they see. I think Claire is really good at that.”

Having played the final 17 minutes of the England game back in February, Hannah Tyrrell is handed her first Six Nations start in 31 months at out-half. Until now, the Dubliner has shifted between full-back and wing, using her height and ball-playing skills to good effect.

Like the previous incumbents in the number 10 shirt such as Nora Stapleton, Niamh Briggs and Claire Keohane, Tyrrell has a strong background in Gaelic games – winning an All-Ireland Minor Ladies Football title with Dublin in 2008. 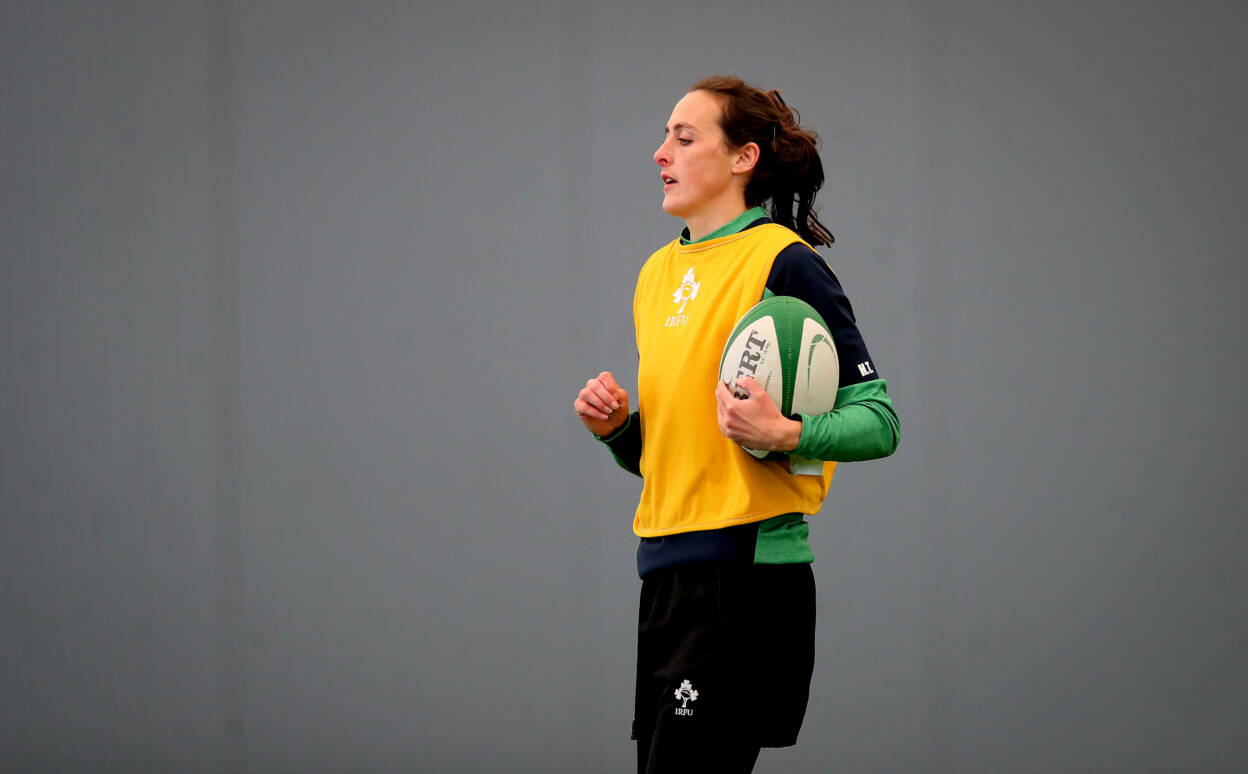 Based on her encouraging displays in training at the IRFU’s High Performance Centre, Griggs believes she can enjoy a seamless transition into this new role.

We just had a look at Hannah’s skill-set and she’s a great reader of the game. Her scanning is brilliant and she sees opportunities. She’s stepped away from the Sevens and we have more time with her.

“It’s something I’ve discussed with her. We’ve thrown her in there the last few weeks at training and the one thing we don’t lose with her is her attacking threat and attacking ability.

“With her hands on the ball more, she’ll obviously have to make more decisions. That’ll have to come much quicker than playing full-back or (on the) wing. But so far, what we’ve seen we like and we think she certainly has the right skill-set to be successful at this level.”

If their game against Italy had gone ahead as scheduled back in March, Griggs would have been without the services of not just Molloy, but also Linsday Peat, Sene Naoupu and Beibhinn Parsons.

Whereas Peat and Naoupu were both nursing injuries arising from the England match, Parsons withdrew after the second round victory over Wales to concentrate on her Leaving Certificate examinations. 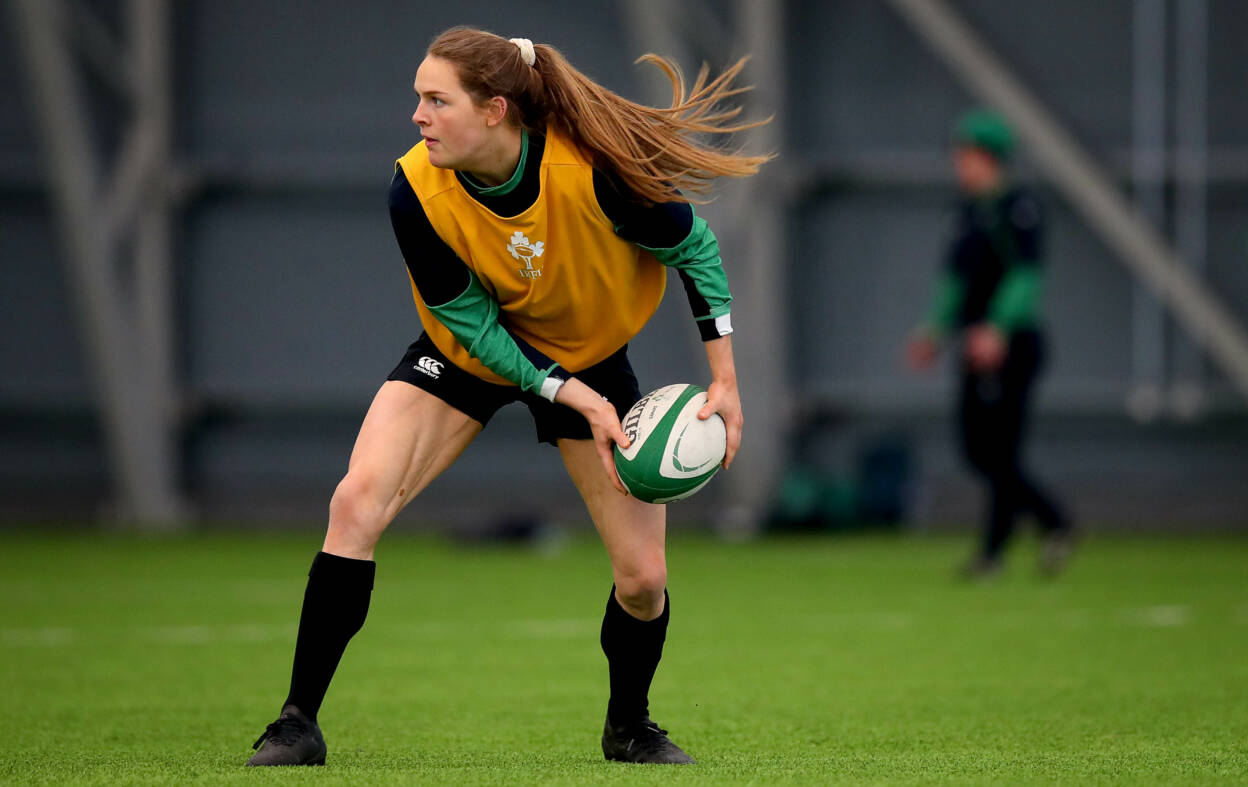 Now a third level student at nearby UCD, the Ballinasloe native is back in the fold and Griggs is looking forward to seeing what the 18-year-old winger can bring to the table against the Azzurre.

“Beibhinn’s got that X-factor about her. Everyone has seen that now. When you have a player with that X-factor, you want them on your side and, again, I know it was a stressful time for Beibhinn through what’s happened and it wasn’t straightforward for her either.

“We’ve had a chat with her, and really at this point, we’re telling her to focus on the rugby now and be excited that you can get these games in. She’s been training really well. She’s added a couple of things to her arsenal that I’m excited to see on Saturday.”