Today, Guinness teamed up with Irish International and Leinster rugby player, Sene Naoupu and former Ireland International and Leinster rugby player, Brian O’Driscoll to announce a partnership with Canterbury, Intersport Elverys and the IRFU in support of the sale of the newly released Irish Women’s Rugby team jerseys across its retail sites – the Guinness Webstore and Guinness Open Gate Brewery.

The women’s jerseys will be available for fans to purchase from the visitor sites and Elverys.ie from 21.10.2020 while stocks last.

As a proud partner of the IRFU and Official Partner to the Women’s Six Nations, Guinness is stocking the jerseys in its visitor venues (when re-opened) to encourage further support for the Irish Women’s Rugby team, and contribute to the IRFU’s Women in Rugby Action Plan, which details the IRFU’s continued commitment to growing the game.

A key component to achieving this ambition is visibility of women’s rugby.As part of Guinness’ commitment to generate further visibility for the Irish Women’s Rugby team, as well as making the jersey available to purchase in Guinness retail sites, Guinness will roll out the gifting of framed and signed Irish Women’s jerseys to select pubs across the country in the coming months. The women’s jerseys will stand proudly shoulder to shoulder alongside the men’s. 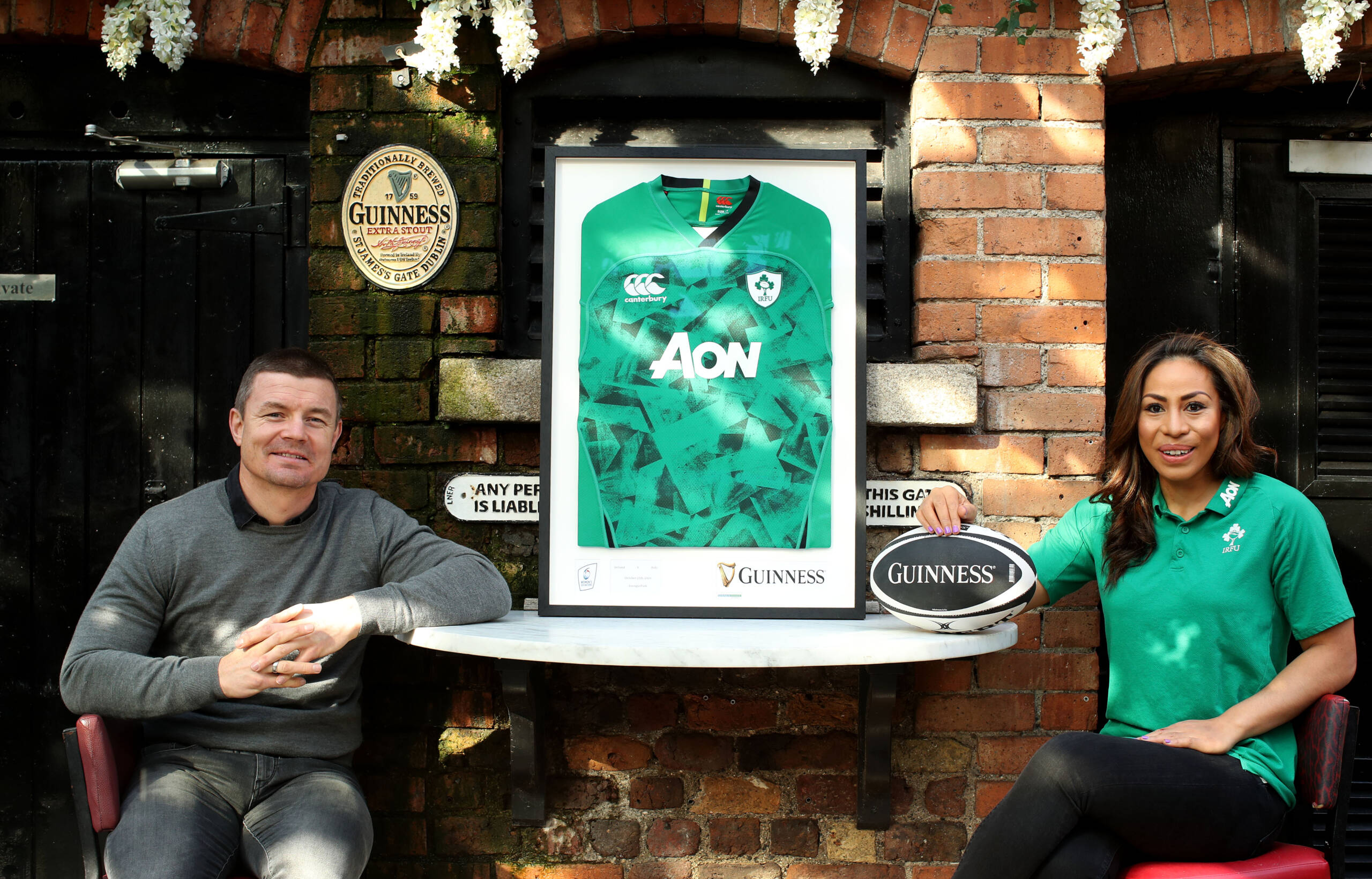 Ireland will resume their Six Nations campaign when they welcome Italy to Energia Park on Saturday, 24th October at 18:30 and will conclude their campaign away to France in Le Stadium (Nord Lille Metropole) on Sunday, 1st November at 13:30. While there is disappointment among fans, for whom there was a greater demand than ever for tickets, people can still show their support for the Ireland Women’s Rugby team by watching their remaining two games on RTÉ.

Sene Naoupu, a strong promoter of equality in the game who joined Guinness to announce this new partnership said;

“In order to grow women’s sport, visibility is key. As a current player, myself and my teammates see the importance of this, be it increased media coverage, showing our games on RTÉ or as Guinness is doing, giving fans the opportunity to show their allegiance and feel closer to the women’s rugby team, by proudly wearing our jerseys.

“These steps to ensure the women’s game is seen has a hugely positive impact on all of us players, giving us an extra boost of support when we need it most and it has the knock on effect of encouraging higher attendance at matches, when possible and increased uptake of the game amongst women throughout the country. It’s wonderful to have the continued support of Guinness, who is a firm advocate for equality in the women’s game.”

“As a father of a daughter, the importance of strong female sporting role models cannot be underestimated – women in sport have to be seen. With fans currently unable to attend matches, we all need to work together, now more than ever, to support the Irish Women’s Rugby team.

“The Guinness initiatives that are driving this female support are very welcomed, in particular the gifting of the new women’s jersey to select pubs across the country and Guinness visitor venues stocking the jersey. These are great ways to get further visibility for women’s rugby as a whole.”

Hilary Quinn, Marketing Director Ireland at Diageo said: “Guinness, as a long-time supporter of Irish Rugby and as official partner to the Women’s Six Nations Championship, is delighted to show our support for the Irish Women’s Rugby Team by partnering with IRFU, Canterbury and Intersport Elverys to support the sale of the women’s jersey across the Guinness Webstore and Guinness Open Gate Brewery, along with the gifting of a framed signed jersey to select pubs across the country.

“We also look forward to seeing which player will take home the inaugural Women’s Six Nations Player of the Championship supported by Guinness in collaboration with the Six Nations. We hope this award, along with the selling of the jersey across Guinness channels and showcasing the jersey in pubs around the country will help to further the cultural conversation around women in sport across Ireland and beyond.”