It has been fascinating to track the progress of Nigel Carolan’s Ireland Under-20 squad since they reached the final of the World Rugby Under-20 Championship in Manchester four years ago.

Of the 15 players that started their 45-21 defeat to England at the AJ Bell Stadium, thirteen have gone on to play in the professional ranks of the sport.

In addition, current Munster winger Matt Gallagher, who is Irish-qualified through his Derry and Limerick-born grandparents, lined out on the left wing for the victorious English youngsters.

From the Ireland U-20 starting line-up that day, four have been capped at senior level – namely Jacob Stockdale, Andrew Porter, James Ryan and Max Deegan.

There is every chance of this number increasing in the coming weeks, with Shane Daly and Hugo Keenan receiving call-ups for the forthcoming international matches on the back of impressive form for Munster and Leinster respectively. 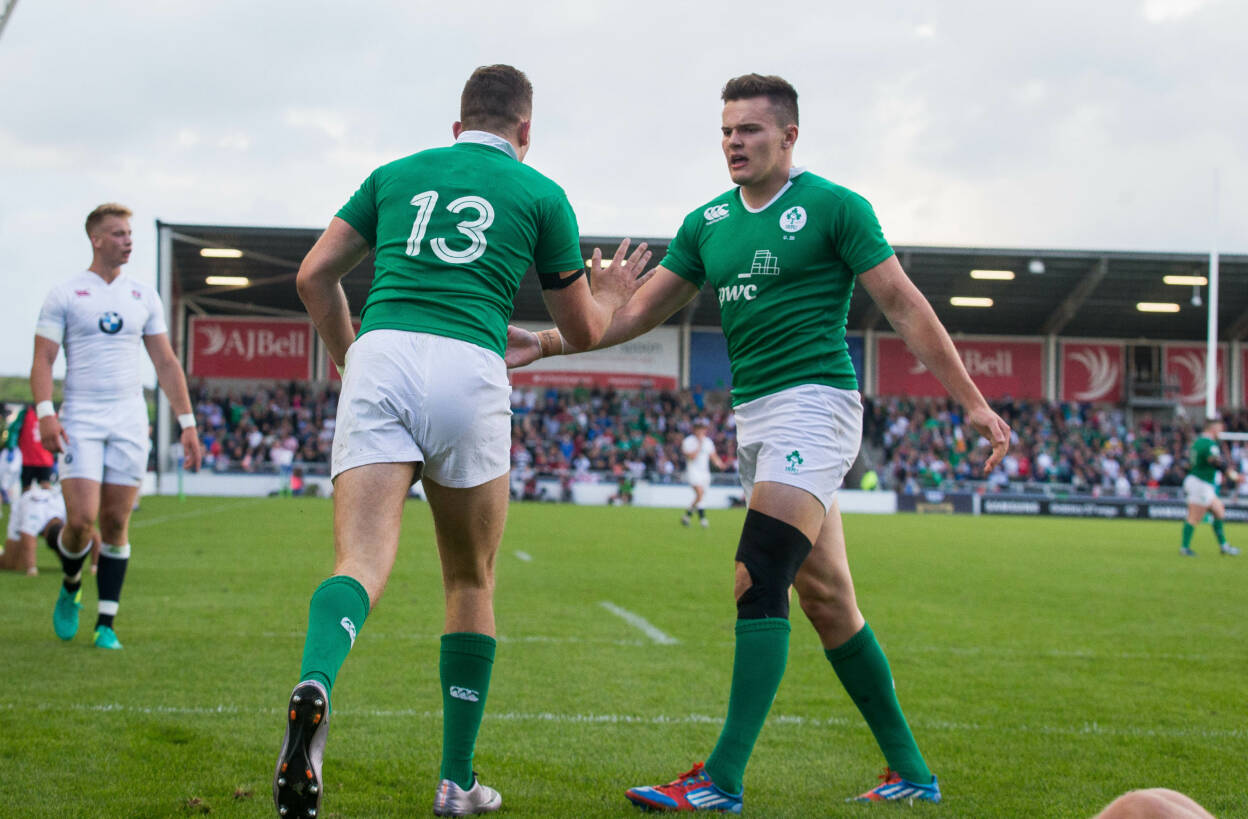 Stockdale formed a potent back-three alongside the pair en route to that World Rugby U-20 Championship decider and is not the least bit surprised about their elevation to Andy Farrell’s senior set-up.

“It’s really refreshing having those guys in and I haven’t played with them since,” said the Ulster star. “It’s a fun opportunity to try and get to do that. Hugo’s work-rate has been phenomenal. I think that’s probably a large part of the reason that he’s in.

It’s the energy and the drive that Hugo brings to a team whenever he’s playing. From watching from the outside, and playing against him, that’s something that has been really, really impressive.

“Obviously, Shane has been putting in some fantastic performances at full-back for Munster. He is a very talented player and he played 13 in that Under-20 team.

“It just shows his versatility, which I always think is a sign of a really good player. I’ve been really impressed with him so far and obviously the both of them have slipped into Irish training seamlessly.”

Whereas Stockdale later transitioned into the number 11 jersey – playing a starring role in the Under-20 Grand Slam triumph of 2016 – Daly recently made the full-back position his own at Munster during the injury-enforced absence of Mike Haley.

Having initially featured on the right wing for Leinster on their long-awaited return to competitive fare (the opposite side to where he played for the Ireland Under-20s), Keenan has started and completed the Blues’ opening two games of the new season at full-back.

Stockdale has also seen action recently in this role for Ulster, which means the triumvirate are all contenders to replace the injured Jordan Larmour as the first name on the Ireland team sheet.

Like any good professional in the modern era, Stockdale is open to plugging any gap on the field – provided he can secure a starting spot under Farrell’s watch.

“I’ve been asked this question a good few times over the last while and my answer remains the same. I’ll be more than happy to play wherever they put me on the team sheet. Whether that’s full-back or wing or if they go, ‘you know what, you’re second row now!’

“I’d maybe draw the line at second row, but I’m just happy to get on the pitch if I can and play to the best of my ability. Wherever on the pitch that is.”

Yet despite his willingness to adapt, Stockdale admits there is a subtle, but nonetheless significant, difference between playing on the wing and full-back. He explained:

When you move to 15, the back field becomes largely your priority. You don’t really need to worry about defending the front line, unless things go pretty wrong.

“It’s obviously just a change in mindset, going from wing to full-back. At full-back, what I’ve found over the last few weeks is that there’s no real opportunity to stop.

“You have to be willing to work on something and have that ability to keep concentrating any time the ball is in play.

“When you’re on the wing and the ball goes to the far side of the pitch, you can usually just have a minute to process things and figure out exactly what you want to do next. When it’s at full-back, you’re having to be switched on constantly.”

Adjusting to the strange circumstances professional rugby finds itself in during the era of Covid-19 has proven to be a challenge for Stockdale and his international team-mates.

Luckily, last week’s three-day camp at the IRFU High Performance Centre in Blanchardstown has helped him to acclimatise with the various protocols and procedures that have been put in place by the Union.

“We had a lot of stuff thrown at us. It was probably a wee bit of an information overload to a certain extent, but that was good,” admitted the Lurgan man.

“That we were able to get those three days done and get a lot of information under our belts to make this week a wee bit easier.

“For it to be able to run a little bit smoother…it’s been thoroughly enjoyable. Everyone has committed to it really, really well and we’re moving along nicely.” 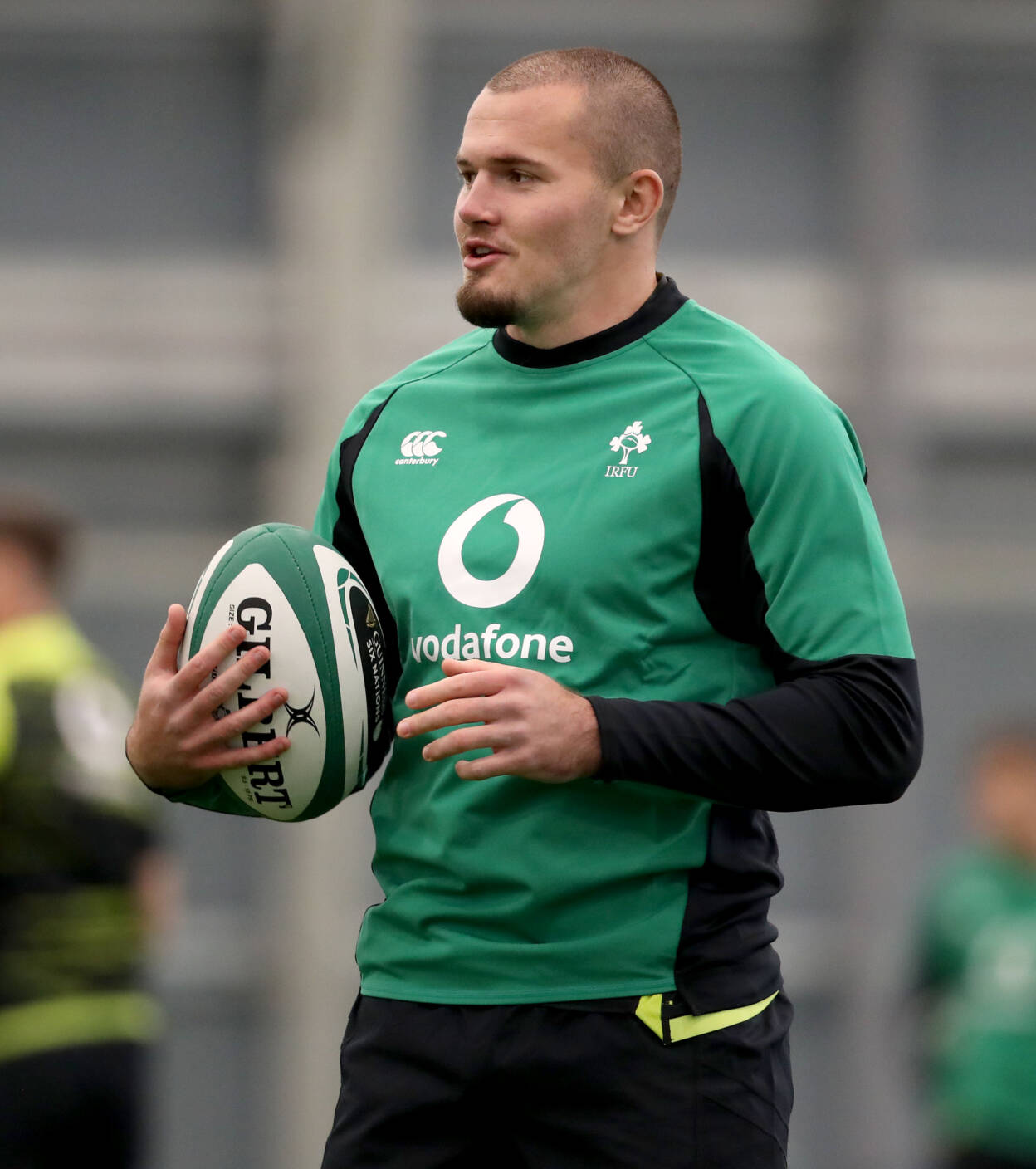 Having enjoyed such an incredible introduction to the Six Nations with Ireland two years ago, anything less than silverware in green is viewed as a disappointment by Stockdale.

This is the attitude that he will be taking into their remaining Championship clashes with Italy and France, as well as the upcoming Autumn Nations Cup.

“For us as a team, realistically we’ve got a Six Nations to finish and we’re never going to not aim for silverware. Realistically for us, I think it’s entirely achievable to get 10 points out of the next two games and be able to pick up a trophy at the end of it.

“I think that’s a realistic goal for us and something that we’re definitely going to aspire to.

“After that, when we get into the Nations Cup, again we’re going to aim for silverware and I think that’s something that is achievable. We’re feeling pretty confident in that respect,” he added.