Ahead of their return to international rugby in the coming weeks, Ireland head coach Andy Farrell and his squad are facing a unique set of challenges.

Farrell last took charge of Ireland way back on February 23 at Twickenham where hosts England recorded a 24-12 victory in round three of the Guinness Six Nations. Almost eight months later, Ireland will finally resume their campaign by welcoming Italy to the Aviva Stadium tomorrow week.

With the rise of Covid-19 cases across the island, extreme measures are being put in place to ensure this game can go ahead as planned. Farrell and his troops have been playing their own part in this effort and will continue to do so over the coming days.

Speaking via a video call this afternoon, he said: “I suppose we’re pretty lucky that all the boys have been in a similar type of process at their provinces for some time now. So that they’re used to living with the virus and trying to cope with it. Obviously do the right thing by it, etc.

While the Irish Government’s Plan for Living with COVID-19 initially ruled out training or games of any kind if the country moved to Level 5 of their framework, it seems likely an exemption will be made for professional and/or elite sports.

With six Tests on the horizon between the Six Nations and the inaugural Autumn Nations Cup, Farrell is understandably eager for the current schedule to be maintained. Nonetheless, he is happy to abide by any decision that is made in relation to the forthcoming games.

“Obviously I’d love to play the games. I’d love to get the Six Nations finished and play in the Autumn Nations Cup. We’ve waited a long time for international rugby to come back and I supposed it’s a nice tonic for the whole country to be able to watch sport at an international level come back on the screens.

“We’re desperate to put in a good show for the people of Ireland, but as I said before there’s bigger things than rugby. We’ll just be advised and do the right thing by the country, and what the Government wants us to do.” 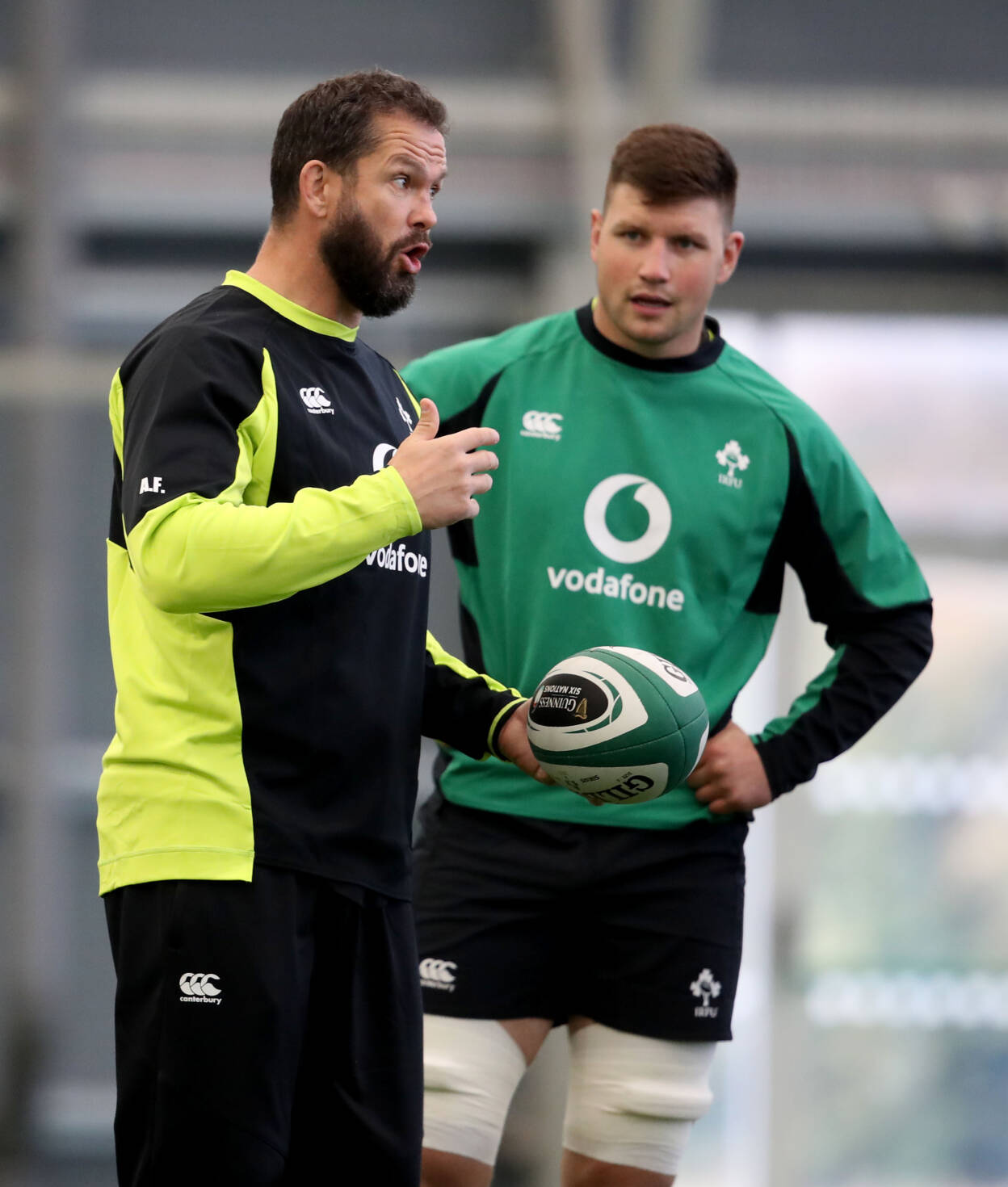 Although defeat in Twickenham halted their progress, Ireland’s earlier home victories over Scotland and Wales keep them in contention for a fourth Six Nations title in just seven seasons. A winning margin of 11 points or more at the expense of Italy will put them in pole position heading in a final round showdown with les Bleus at Stade de France on October 31.

The enforced lockdown period provided Farrell with ample time to examine the style he wants his side to play, going forward , as well as coming to terms with some new forms of communication.

“I learnt to do calls on (Microsoft) Teams quite a bit and Zoom, etc. We managed to keep ourselves busy, to try and improve our game, with the coaching staff and the players. There’s a little bit of an evolution that needs to happen within our game. I think one of our strengths is sticking to the plan.

One of our work-ons would be being adaptable in and around that plan, for our boys to see the whole picture. I’m not just talking about the generals of the team. I’m talking about everyone to play with a vision.

Over the course of conducting his first official media duties since early March, Farell also fielded a question in relation to Ireland being named as a second seed for the 2023 Rugby World Cup in France. Rather than looking upon this as a negative, he believes it will give them a greater focus on what needs to be done in order to achieve success on the global stage.

“It is what it is. There’s no point thinking you’re unlucky. It’s the type of situation that we’re in. It’s a decision that has to be made and it has been made,” he explained.

“We get on with it. I’ve been involved in a few World Cups now and World Cups are there to be won by beating everyone. We’ve got to make sure we’re at our best and able to do that.”

Originally, the November internationals were going to determine the World Cup seeding for each nation. However, with the Coronavirus pandemic leaving some teams idle for the rest of 2020, it was decided to base it on results accrued since the beginning of this year.

Given the outcome of their upcoming fixtures will not have the same degree of importance attached to them, it could be an ideal opportunity for the Ireland coaches to experiment over the winter months. Yet, Farrell revealed this change in circumstances is unlikely to alter his approach to the selection process.

There’s all sorts of things that affect team selection. For example, the injuries that we’ve got in the squad at the moment. As I said before, it’s a great opportunity. Sometimes it’s an opportunity that wouldn’t have probably changed before. Different combinations, etc.

“That’s the type of opportunity that may arise. We’ll obviously assess every single camp and every single game as we go. The selection has to be what’s right for the team at that moment and time.”