It has, in many ways, been an extraordinary introduction to life in Ireland for Damian de Allende, and the fact his first two games in a Munster jersey have been high-octane derbies only adds to the unfamiliar start to a season. But the powerful South African is relishing the prospect of another ‘personal, physical’ Inter-Provincial clash this Friday night as Munster and Leinster meet in the Guinness PRO14 Semi-Finals.

There has been no gentle introduction to Irish Rugby for the Springbok World Cup-winner, with de Allende making an early impression in the games against Leinster and Connacht over the last two weekends, and now the centre is ready to bring physicality and intensity to Friday night’s showdown at the Aviva Stadium (KO 7.35pm, live on eir Sport).

While cruel injury luck befell RG Snyman just seven minutes into the Round 14 defeat to Leinster, de Allende has been able to settle into Johann van Graan‘s midfield with back-to-back 80-minute performances, providing an exciting glimpse of what he’ll bring to the Munster backline going forward.

Speaking to the media for the first time since his summer arrival at Munster, de Allende said: “Leinster are probably the number one or two team in the world at club level, it was quite challenging. It was a good test for us as a team going forward.

“Obviously, we had quite a few new guys coming in as well that got a run, so we held up quite well in that first game and last week was a bit better in terms of the result we got, but also it was very good for the semi-final.

“Connacht were very physical on the field and they brought a lot of energy and it felt like we needed a tough game like that leading up to this Friday night.

“Friday night is going to be a very tough encounter but hopefully we will pitch up. It’s a short turnaround but we know it’s just a mental thing. We haven’t played a lot of rugby over the last six months so there are going to be sore bodies still on Thursday night.

“But if we get the right mindset and we pitch up on Friday night knowing we’ve got one opportunity and forgetting about everything in the past and not worrying about the final, just staying in the moment for 80 minutes, hopefully we can walk off with big smiles on our faces.” 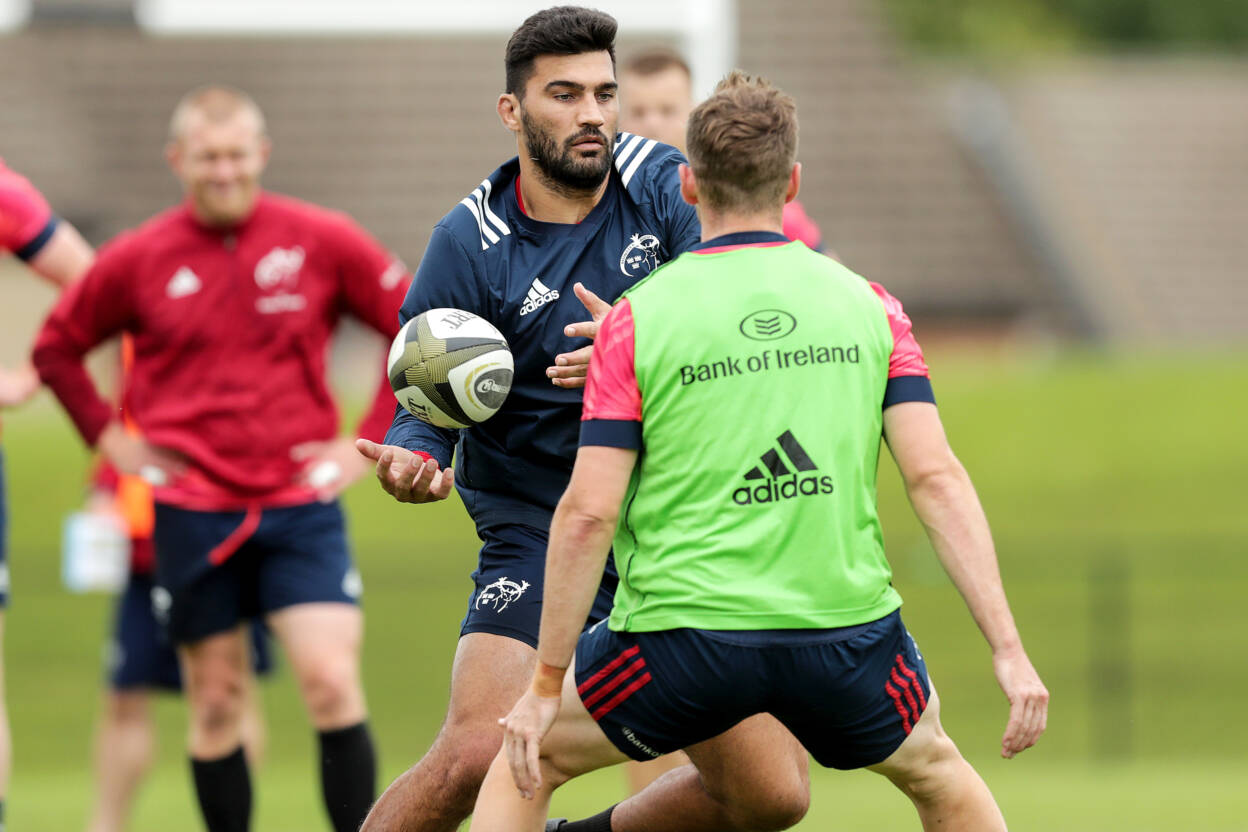 The 28-year-old likened the Leinster-Munster rivalry to his experience of playing for the Stormers against the Bulls back in South Africa.

“For me, it’s very similar to when I played at the Stormers and we played against the Bulls, it’s like the north-south derby,” the centre continued. “It’s very personal, very physical, it gets quite intense on the field even though you have massive respect for each other.

“I’m not Irish, but there’s that Irish culture of competing for spots to play for Ireland so they will go all out in the game but still they have respect for each other on and off the pitch. I probably need to play a few more, like other guys have, but I certainly do understand the way they see it. It’s very encouraging and it makes me want to help to beat them as well, which is quite nice.”

The signing of De Allende – who has already linked up well with Chris Farrell – has generated excitement among Munster supporters and the hope is that they can help propel van Graan’s side towards silverware, having suffered PRO14 heartbreak at the hands of Leinster at the semi-final stage in both of the last two seasons.

“For me, personally, no matter where I play I always strive to win tournaments and championships,” he added.

“I signed for Munster because I feel that they have the credentials and the coaching staff and the players and heart. From what I’ve seen on TV, obviously I’ve only played two games here, but I feel they have that team environment that they actually want to achieve.

“You could go to another squad where they have all the stars and the names in their team but it’s like they don’t want that success or they’re not working for that success.

“I feel, even before the two games, there’s a real energy and desire not just to get to a semi-final or final but to actually win semi-finals and finals. And not just once or twice, but consistently in the PRO14 and Champions Cup as well.”