O'Mahony during Munster training in Limerick this week. ©INPHO/Dan Sheridan

Today marks exactly seven months since Munster captain Peter O’Mahony last pulled on the red jersey. A 60-minute appearance against Ospreys in the Guinness PRO14 in late January served as important build-up to Ireland’s Guinness Six Nations campaign, but little did O’Mahony know it would be another 213 days before he would get the chance to line out for the province again.

It has been an unprecedented and uncertain period since, with the world turned upside down by the Covid-19 pandemic and the rugby season put on hold, but understandably O’Mahony is now relishing the prospect of returning to action in Saturday’s Inter-Provincial derby against Leinster at the Aviva Stadium (Kick off 7.35pm).

The Ireland international, who is in line to win his 134th appearance for Munster as the PRO14 restarts this weekend, is thankful to be back training with Johann van Graan‘s squad and excited about the opportunity to pull on the jersey again, even if the circumstances of a behind-closed-doors derby are unique.

“It’s great to be back, it’s been a long time,” O’Mahony says. “It’s good to be back, it has been a long and uncertain road, which has probably been the most troubling. Sport in general was a long way down the list of priorities for a long time but from a player’s point of view, uncertainty isn’t something you’re used to.

“You’re used to having schedules and having a routine. Everyone was thrown out of that and our side of things was fairly insignificant but it’s certainly good to be back. There’s a good buzz around the game this week.”

While the significance of this weekend’s PRO14 restart, and the return of Irish Rugby after a five-month break, is not lost on the players, ultimately their main focus is on the task at hand. Leinster have already assured themselves of a place in the semi-finals but Munster – currently second behind Edinburgh in Conference B – have work to do ahead of the back-to-back derbies against their eastern rivals and Connacht.

“It’s an Inter-Pro, it’s the rivalry and it’s everything that goes with a Munster-Leinster game. Nothing changes there,” O’Mahony continues. “Obviously we haven’t played in a long time and that will be a factor for both teams but paramount at the weekend is trying to do as best you can for your team. 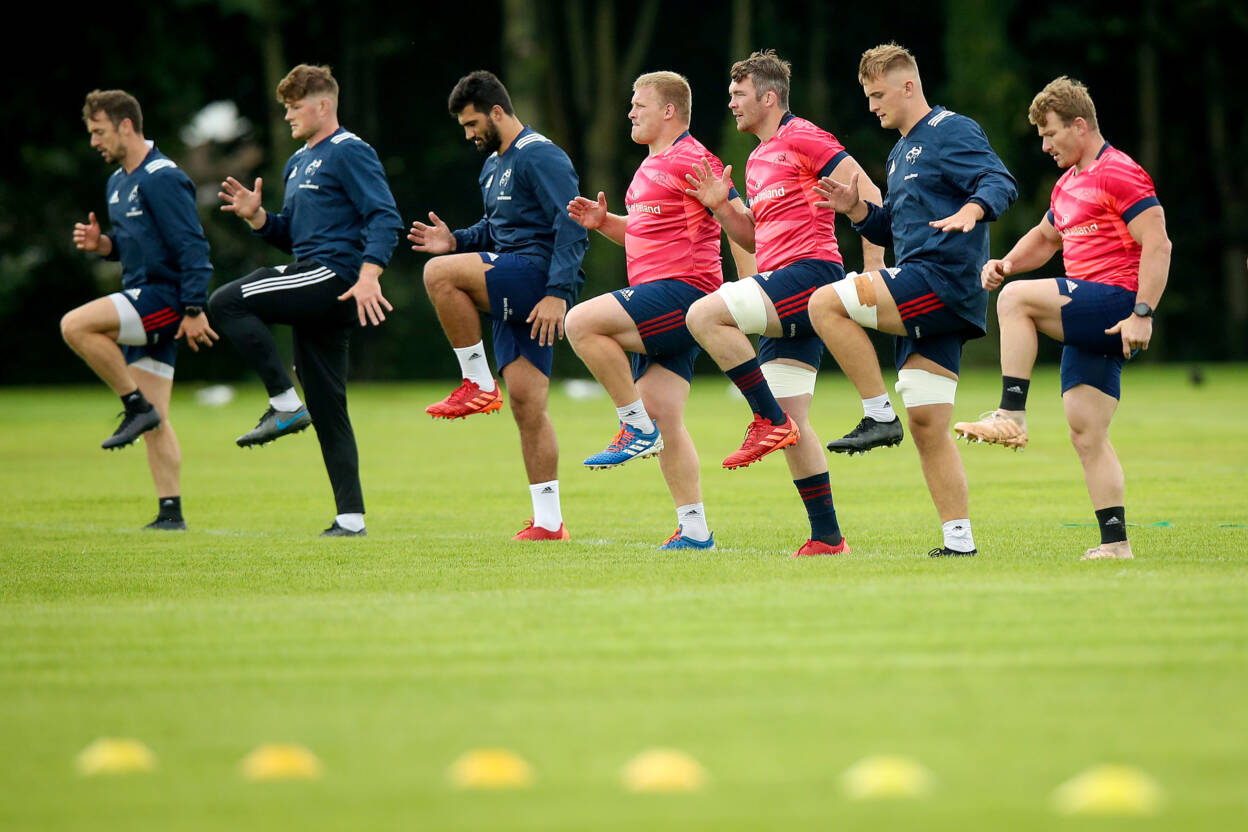 “It will be very strange with no supporters and no atmosphere but I’m just glad we’re back playing rugby to be honest with you. Whatever it takes to we’re prepared to do it and both sides are going to have to deal with that aspect of it. It’s going to be different but we’re going to have to battle on with it.”

Head Coach van Graan confirmed earlier this week that new signings Damian de Allende and RG Snyman will be available for selection this weekend, generating further excitement among Munster supporters as the province bid to hit the ground running and launch a strong challenge for silverware at the end of this shortened 2019/20 season.

O’Mahony hopes the Springbok pair, along with Roman Salanoa and Matt Gallagher, will have a big impact in the red jersey over the coming months.

“With all the guys we’ve signed, they’ve all come from very successful backgrounds,” he adds. “You look at Roman from Leinster and the two guys coming off World Cup wins, there’s a huge amount of positives to take from signing guys like that. We’ve no doubt the reason we signed them is they want to do well and have an impact.