The first round of a new season can set the tone for the weeks and months to come and both sides had very different endings to their 2018/19 seasons.  Trinity had qualified for the play-offs but lost to eventual winners Cork Constitution while UCC had to navigate a tricky relegation play-off against Old Wesley to maintain their Division1a status.  As the new season kicked off who would claim a positive start to build on for the campaign ahead.

UCC marksman James Taylor, who led the scoring charts in Div1a the previous season with 188 points, would help his side a build an early 13 point lead.  The momentum of the game would swing back towards the host as a yellow card allowed Trinity to close the gap at the half-time break to just 3 points.

UCC came out firing in the second half with tries from James Suttor and Matthew Bowen. James Moriarty claimed a try for the hosts to make it a one score game heading into the final few minutes but Bowen scored his second of the afternoon and secured the win for UCC. 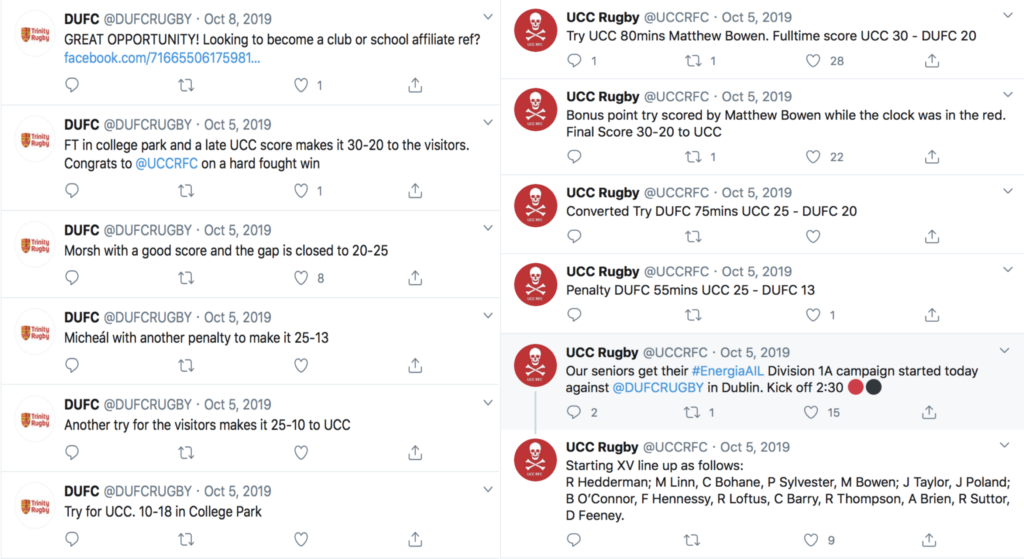