2017/18 winners Lansdowne opened their season with a comprehensive victory over UCD but then lost their next five league games.  They arrested this uncharacteristic run of form with five straight victories, a run that commenced with an away win at Castle Ave.  Tarf were also experiencing a mixed season but had strung some decent wins together against Dublin University and Ballynahinch ahead of this fixture.

This game between 4th (Clontarf) and 5th (Lansdowne) in the league table could define the trajectory of their respective seasons – one chasing play-off glory and the other hoping not to get dragged into a relegation dogfight.

What resulted was a classic Energia AIL encounter packed full of drama with the score changing hands on seven occasions and the match winner coming in the 82nd minute. 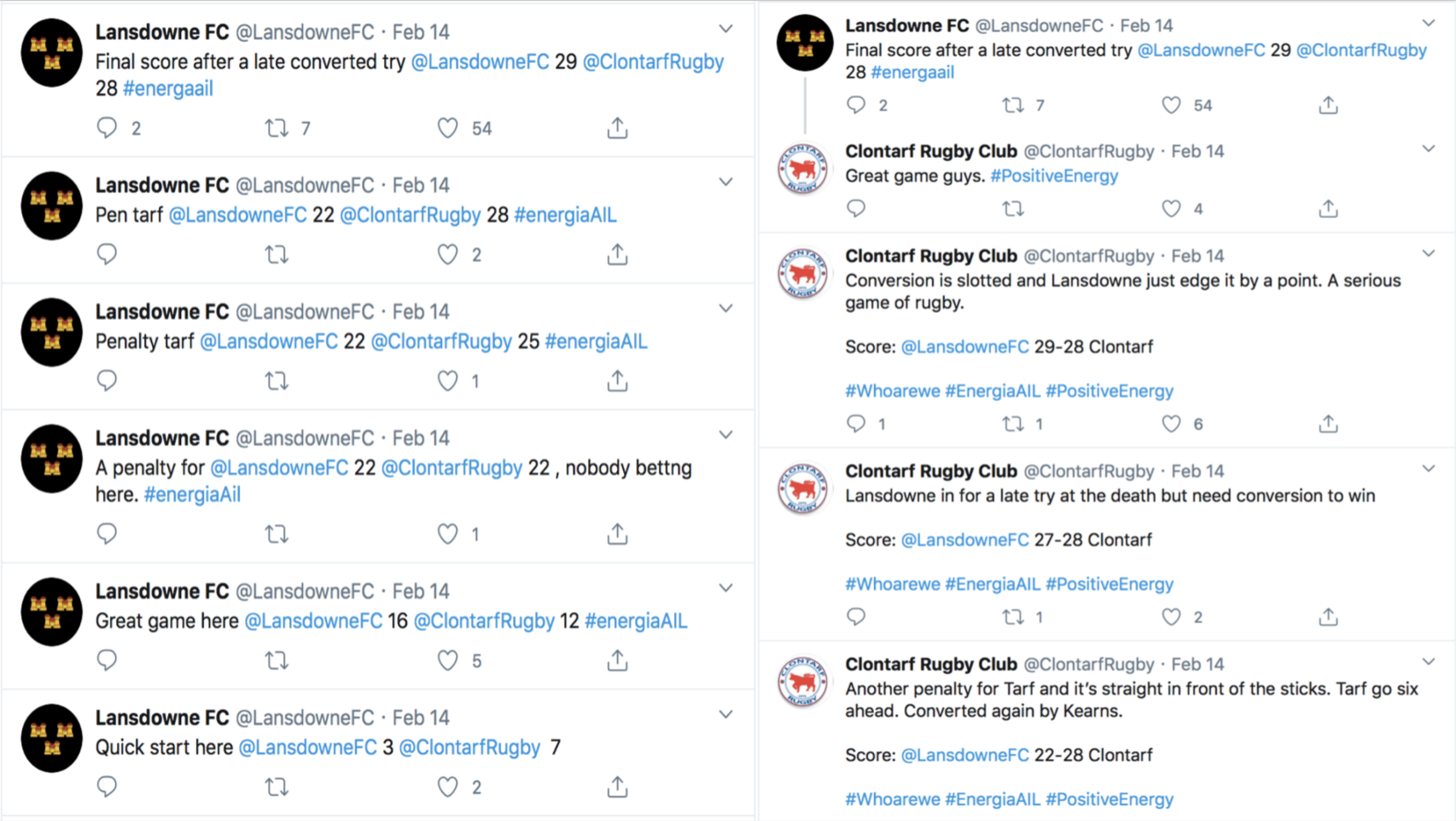