Colwyn Bay is a small seaside resort on the north coast of Wales overlooking the Irish sea. It is, in many ways, the quintessential tourist town, known – if at all – for its beaches and historic sites. Summers can be busy when the weather’s right, winters are usually sleepy.

The route in from Hollyhead Port brings you along the rugged coast, up along the promenade where the old Victoria Pier used to stand and through the main street. Winter is turning to spring, but on a wet, bitter Friday afternoon in March, this is a long way from the colour and character of Irish Independent Park in Cork.

Noel McNamara‘s Ireland Under-20s arrive at Parc Eirias in plenty of time. Family and friends greet the team bus, otherwise there is hardly a soul brave enough to be here this early. They don’t know it yet, but history awaits this outstanding young team. One-by-one they emerge, eyes fixed straight ahead, earphones in, focused on the job at hand. Ready for the final hurdle of this magical Championship campaign, ready for their crowning moment.

Even the loss of both starting halfbacks – Harry Byrne and Craig Casey – shortly before kick-off won’t trouble them, nor would a battling Welsh performance deny them. Champion sides find a way and with their backs against the wall and the Grand Slam threatening to slip from their grasp, McNamara’s Ireland showed remarkable resilience, team spirit and unity to secure the ultimate prize. A Six Nations title augmented by just a second ever clean sweep of victories at this age-grade, emulating the feat of Eric Elwood‘s class of 2007.

As scrum-half Colm Reilly and Thomas Clarkson clinched victory with two late tries during a grandstand finish, the pockets of green support that had pervaded the home support on both sides of Parc Eirias made themselves heard, the celebrations and joyous scenes only just starting. The magnitude of the achievement only just sinking in.

The memories of that night 12 months ago, as the 23 players in the matchday squad were joined by their injured team-mates, captain David Hawkshaw included, to lift the U20 Six Nations trophy on the pitch in front of their management team and family and friends will endure for anyone who had the pleasure of being in Colwyn Bay, a venue an Irish team had never won at previously. 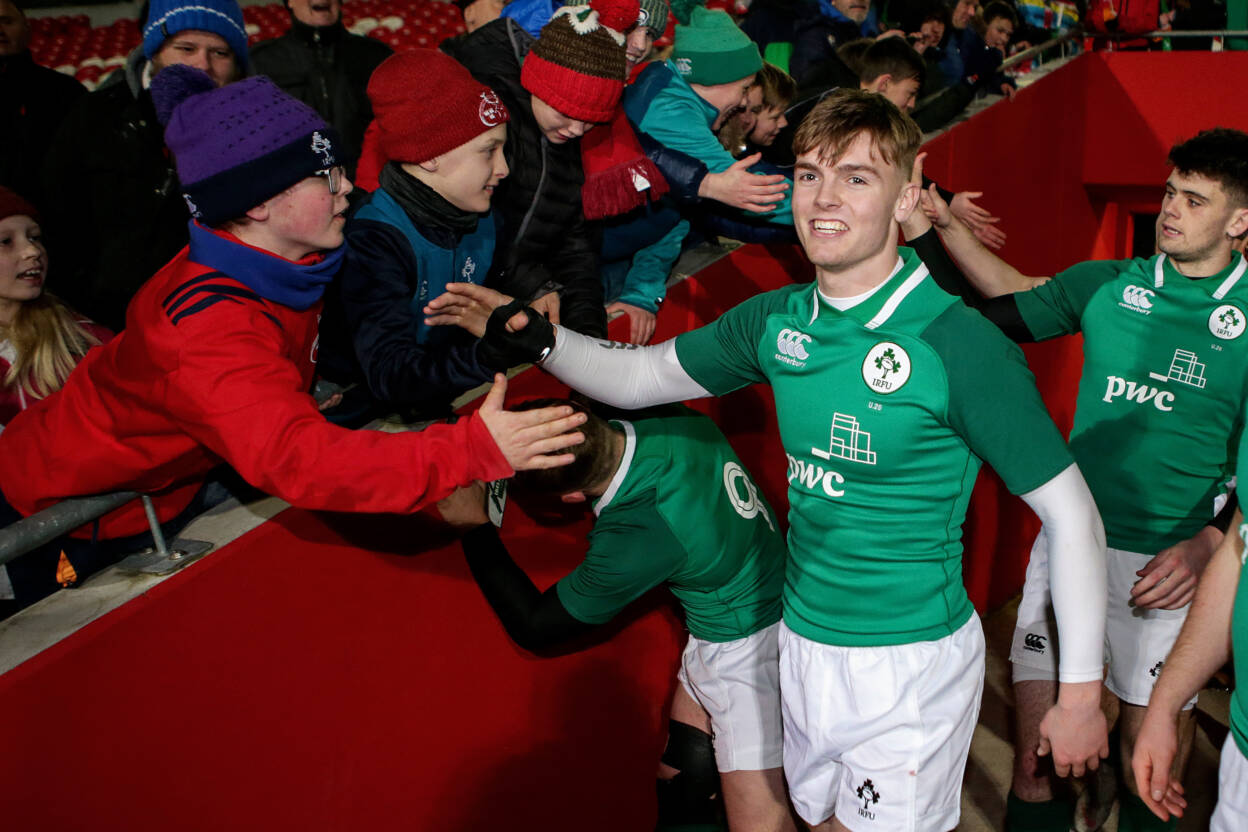 “It was a special night, lifting the trophy in Wales with that group of players and most of us were lucky to share it with family and friends too. My whole family were there and my girlfriend’s family actually came over as well. It was the best night of my career so far.”

In many ways, it was an utterly bizarre game. It was a rip-roaring and rollicking affair, the momentum ebbing and flowing and leaving the outcome on a knife-edge right until the death, with Wales leading 10-7 at the break and then 17-14 with less than 10 minutes left on the clock.

But McNamara’s young guns, led by skipper Charlie Ryan, stuck to the principles that had served them so well in memorable home wins over England and France at Irish Independent Park and away victories in Scotland and Italy to complete the clean sweep.

“Watching this year’s Under-20s in the Six Nations actually just reminded me how special it was,” Flannery continues. “Those nights down in Cork in front of packed crowds, you’ll just never forget those memories. And then the bond we formed as a team throughout the year, we all became so close and tight.

At the time you probably don’t realise how special a bond you’re forming because you’re just training and playing together and it’s normal but when you leave that environment and go your separate ways you see it.

From Scott Penny, to Ryan Baird, to Craig Casey, to Harry Byrne, to Angus Kernohan, there was no shortage of talent in that side and Flannery, who started all five of Ireland’s games during the Grand Slam-winning campaign, became the sixth player from McNamara’s Class of 2019 to make his senior professional debut when he came off the bench for Munster in the Guinness PRO14 in February.

After featuring in the U20 World Championship in Argentina last summer, the Tipperary native earned a place in the Munster Academy and although a shoulder operation forced him to spend six months on the sidelines, Flannery bounced back to win his first cap for the southern province in a bonus-point win over Zebre earlier this season.

It is a testament not only to the 20-year-old’s capacity to rebound from a setback but also his exciting potential as a young out-half that Johann van Graan called Flannery into his senior squad and then gave him the opportunity in the jersey just a year into his time with the Munster Academy.

“Making the step up from Under-20s to senior rugby is a lot like going from secondary school to college,” he explains. “It was strange at first but after the season we had winning the Grand Slam, I was so hungry going into Munster. I was confident and hungry for opportunities but then got the bad news about my shoulder. That was tough to take. 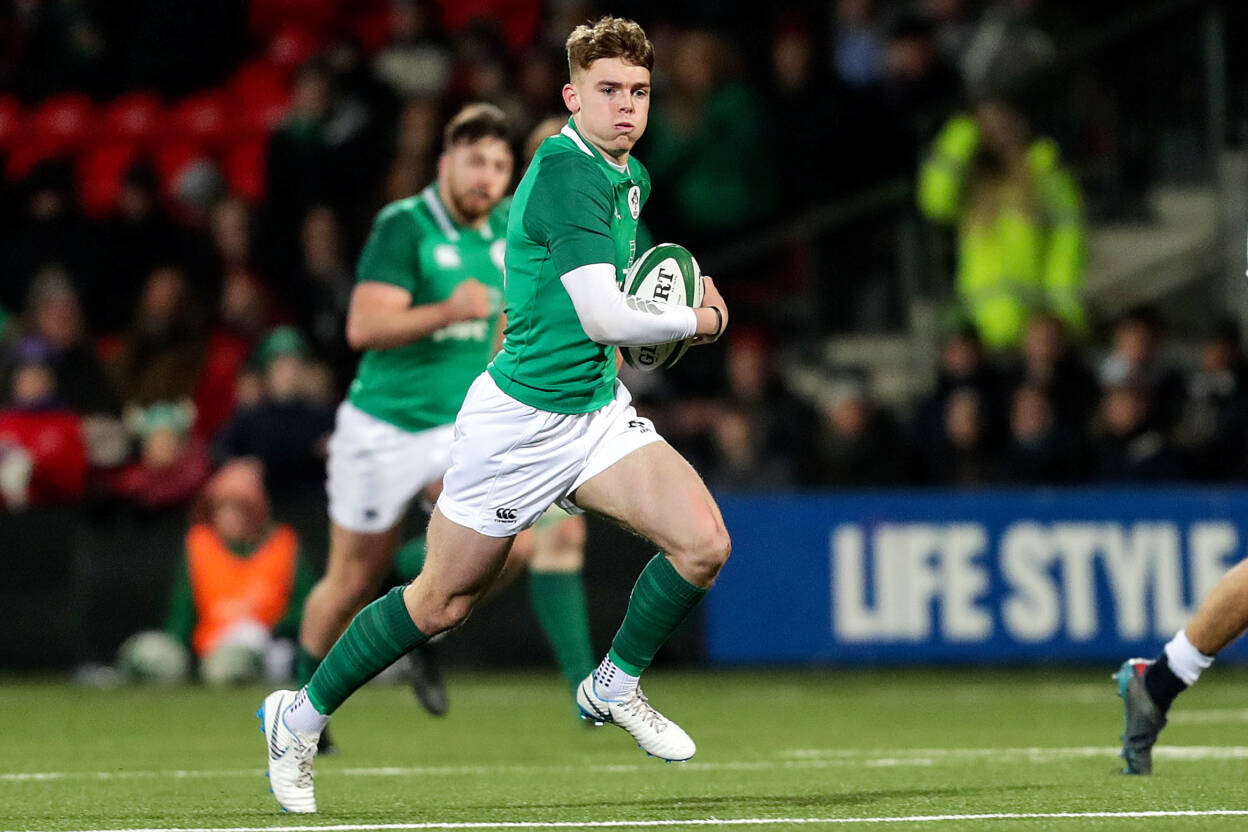 “I had great support from everyone at Munster and Johann and the coaches were in constant support so I was able to use that time off to meet and chat with them and the Academy coaches to work on different things in my game. I was really diligent in work off the pitch like in the video analysis room when I couldn’t train and I feel those little things are starting to pay off now.”

After working his way back to full fitness through game time with Shannon RFC in the Energia All-Ireland League, Flannery, who is mixing rugby with his academic studies in chemical engineering in University of Limerick, was able to pick up from where he left off with the Ireland Under-20s.

Although he played all his minutes for McNamara’s side in the backfield, save for an important cameo at out-half that night in Colwyn Bay, Flannery has always been earmarked as a talented out-half, with his kicking game and intelligent decision-making particularly evident.

Having been told by van Graan he would be going to Italy with Munster as a non-travelling reserve, Flannery was then promoted to the replacements bench shortly before kick-off when Shane Daly pulled up in the warm-up.

“It was kind of unexpected,” Flannery laughs. “On the Monday, Johann just said he wanted me to travel to Italy to get my first involvement with the squad and told me if someone goes down, I’ll be in so prepare like you’re in. I went about the week as if I was starting at 10 and when I got the call in the warm-up, I was confident if I got on that I’d be fine.

“JJ had helped me a lot with plays and calls and I had spent a good bit of time when I was out injured studying those so I was confident I could slot in. Having trained with the senior team I’m definitely started to bond with the players and almost feel part of the squad now, which obviously takes time but is a credit to the senior players in the dressing room because they just welcome and look after you.” 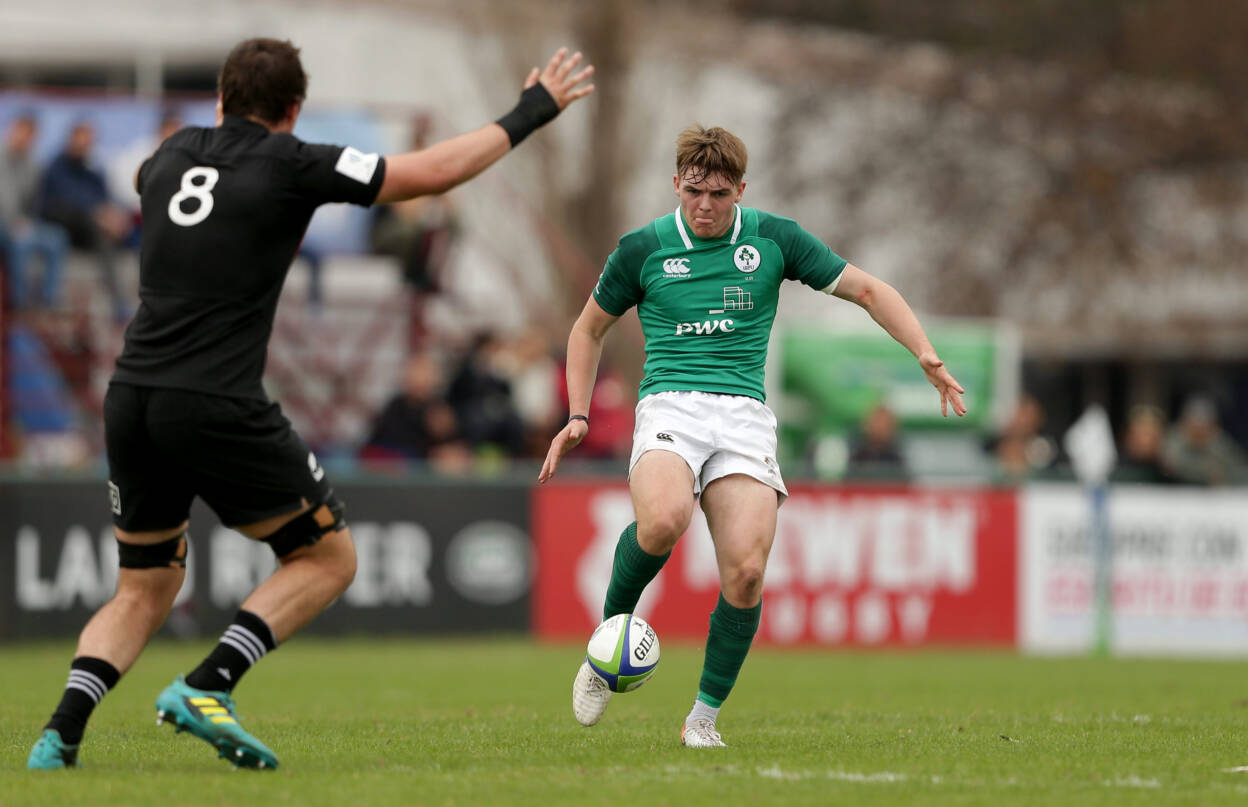 12 months on from Colwyn Bay, Flannery reflects: “The Ireland Under-20 programme has been absolutely huge for me and you just look at our team from last year. A good few of us have gone on to play in the PRO14 this season and Ryan Baird has been in with the senior squad during the Six Nations.

“I made the Ireland Under-19s squad but I wasn’t a regular and had a lot to work on but learning off Noel, Kieran Campbell and Colm Tucker for a year was invaluable.

“It was a massive year for me and us as a group and without those experiences and that Grand Slam team, I don’t think I’d be where I am today. It was hopefully only the start for all of us in rugby but the level of coaching and support we received with the Ireland Under-20s gave us all that platform to make the next step.”